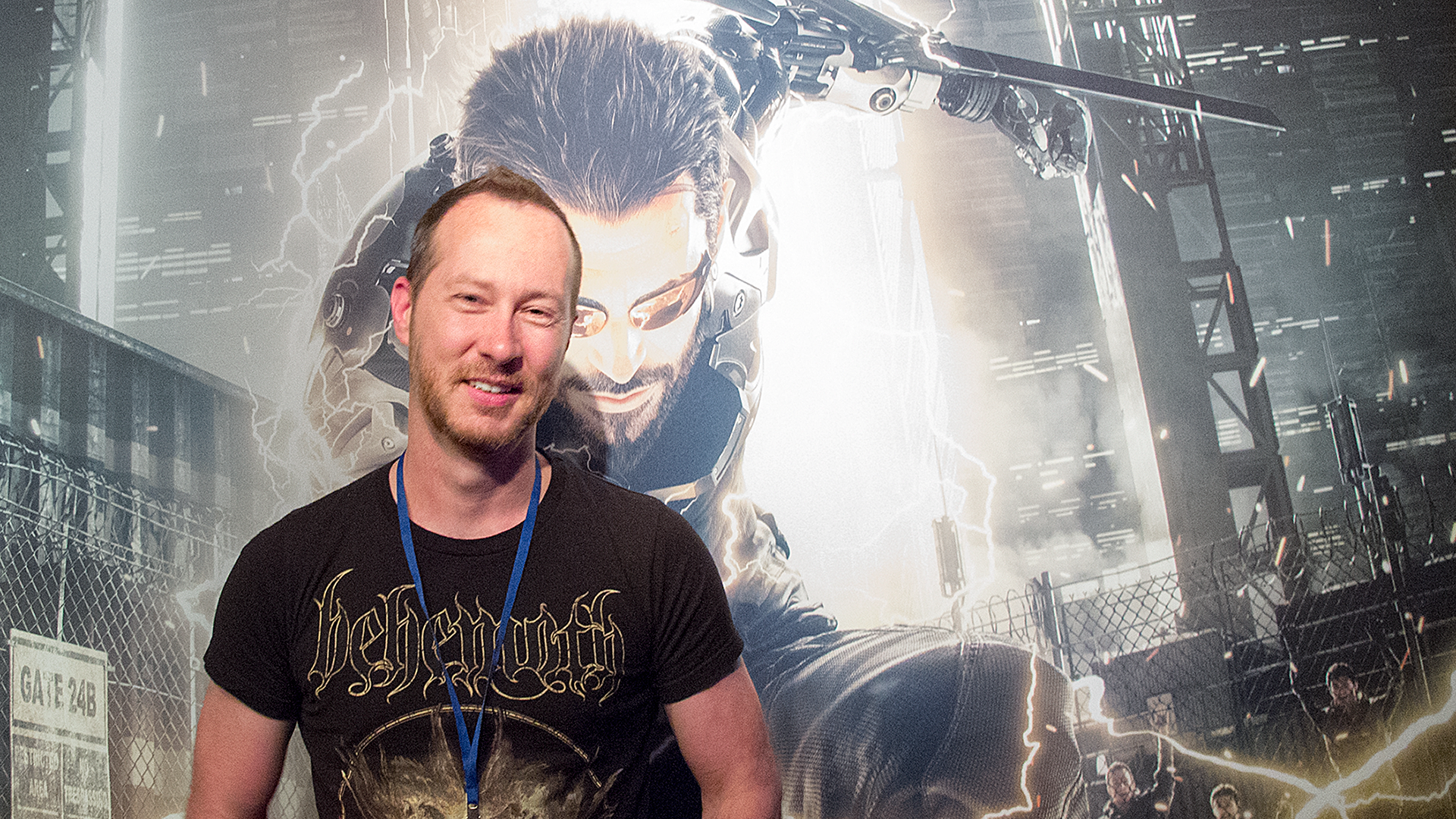 His plans for the 2011 reboot, Deus Ex: Human Revolution, were cut short by production hurdles that divided manpower and resources in order to meet deadlines. Nonetheless, once the game was released the team soldiered on to craft The Missing Link add-on and, ultimately, the Director’s Cut edition, inching ever closer to their grand ideal.

With Deus Ex: Mankind Divided, work went into developing a new narrative as well as bringing up combat to be on par with stealth, while also expanding on the freedom of choice that players enjoy.

However, player freedom is an ambitious idea that often gets bandied about in promotional material, a point the team is well aware of.

“The goal is to be systemic,” explains Dugas. “Everything that we develop – all the augmentation, all the tools, the way we build the levels – we’re building it in such a way that all the maps need to support those things.”

Variables such as the player’s available augmentations were carefully factored in during the design process, as they wouldn’t know which options a player would have at any given time. Thus, their approach was to support it all right from the beginning.

“That’s a true promise. That’s what we were doing with Human Revolution and that’s what we’re doing with Mankind Divided. It’s to make sure your approach, your style, and the tools you have can be used from start to finish.”

The Deus Ex team recognizes that the combat mechanics weren’t as good as they could have been in Human Revolution, which was why they made its development a focus this time. From reworking enemy AI to introducing new augmentations, the aim was to let players adopt far more aggressive styles for both lethal and non-lethal approaches.

“It was really important to bring something a little more impactful and this is where the gun arms came from. Oh, they actually came from Barrett in the other game,” reveals Dugas, referring to the first boss in Human Revolution.

“I love how the fans were like, ‘Oh my God I want this on my character!’ and we were like, ‘Yeah, we agree! I think it would be cool and everything.’ So we explored that.”

The gun arm’s default configuration fires a blast of air to push enemies away, granting the player time to hide or relocate. Once upgraded, it could be charged to fire an even stronger blast to knock opponents out. Similarly, a Tesla variant can fire up to four bolts of electricity to stun foes.

Other new augmentations include the damage-absorbing Titan Shield and the Icarus Dash, which can not only be used to navigate the maps’ greater verticality but to also ram into enemies. They help cater to an audience that may want to be non-lethal but not necessarily stealthy, and it is this level of flexibility that the Eidos Montreal team were striving for. This open-ended philosphy extends to the story too, which takes all the hope and excitement of the transhumanist movement from the first game and flips it on its head. Mankind Divided seeks to raise tough questions – what does it mean to be human? – but it doesn’t deign to give an answer.

“What is important to us is that we build an experience, we raise questions, but I don’t think we are smart enough to tell you what’s right or what’s wrong.”

Mankind Divided is set two years after the events of the Aug Incident, which was when a hacked biochip signal caused augmented humans to violently attack others. With a death toll numbering in the millions, the world responded by fiercely opposing transhumanism, effectively segregating all its citizens.

Jensen returns as part of an international task force assigned to take down augmented terrorists, but with painfully obvious modifications of his own he’s treated as an outcast. By putting players in Jensen’s shoes, Dugas hopes that the world and events that they’ve built will help players empathize and reach an informed conclusion of their own.

“To me what we always say is that nothing is black or white – it’s just shades of gray. We have qualities but we also have our faults, we have our complexities, our contradictions, we all have that in ourselves.

“And that’s how we’re trying to portray the world because like in real life, the world is much more complicated than just a yes or no thing.”

Deus Ex: Mankind Divided launches on August 23 this year for PC, PlayStation 4, and Xbox One.

Ade thinks there's nothing quite like a good game and a snug headcrab. He grew up with HIDEO KOJIMA's Metal Gear Solid, lives for RPGs, and is waiting for light guns to make their comeback.
Previous post Interview with Shuhei Yoshida: “Playing PS VR games will be an amazing experience”
Next post Campus Game Fest 2016 opens with focus on eSports and community