Home / Features / Deus Ex, A Talking Game Console And Other Things That Were Too Good To Be True

Deus Ex, A Talking Game Console And Other Things That Were Too Good To Be True 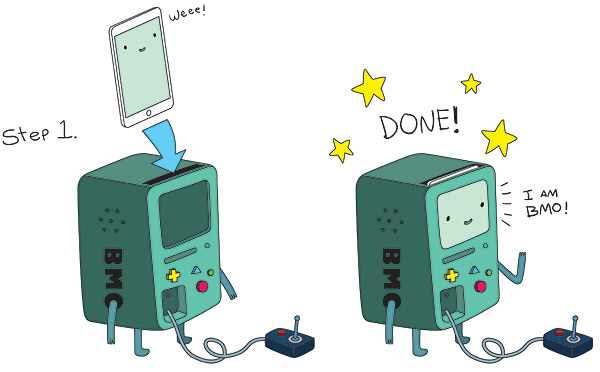 Yesterday was April 1st. A boon for pranksters, and a bane on the gullible. Some people just shouldn’t be allowed to pull pranks.

Turns out they were actually working on an 8-bit version of Deus Ex that features Adam Jensen, which, turned out to not even exist. The copyright they hold for “Human Defiance”, however, does, but they’re just not going to use it for anything real for a while, jokes Eidos. Ha.

Adventure Time BMO Interactive Buddy
Perhaps the meanest pranksters are the folks at ThinkGeek, who are responsible for several hoax products listings a year on April 1st. But it’s not so much that you get fooled, it’s more of whether it becomes reality.

Utilising an iPad mini for its digital face, the fake gizmo would be capable of voice interaction and speech recognition, along with a host of video games. I mean, which fan of animated series Adventure Time wouldn’t want the talking game console BMO to come to life? It plays videogames! Or at least this fake concept says it would.

But, ThinkGeek made their prank iCade into a real working product, remember? And that uses an iPad as a display too. You can’t say, after some arduous licensing efforts and fighting with Apple Gestapo, that this can’t become real.

Google Nose
And Google, the other little scamp, offers a peek into the future with a search engine to wow your olfactory senses.

Google Nose (in beta!) boasts the ability to smell your search, put them in ebooks or display them in Google AdScent. Smellovision would be a thing of the past, if either of the two were even real.

But, science is sure to come up with something. And maybe Google will exploit it one day with our Google Glasses with in-built smellosensors to capture what we smell.

Things That Aren’t Hoaxes
Well, no “Surprise!” from Hideo Kojima, being the little prankster himself. David Hayter looks destined to remain as not the one voicing Snake in the upcoming Metal Gear. Bummer.

Oh, and the death of Google Reader isn’t a joke too. But I guess I saw that coming.

Have a good April Fools Hoax to share? Tell us about it in the comments!