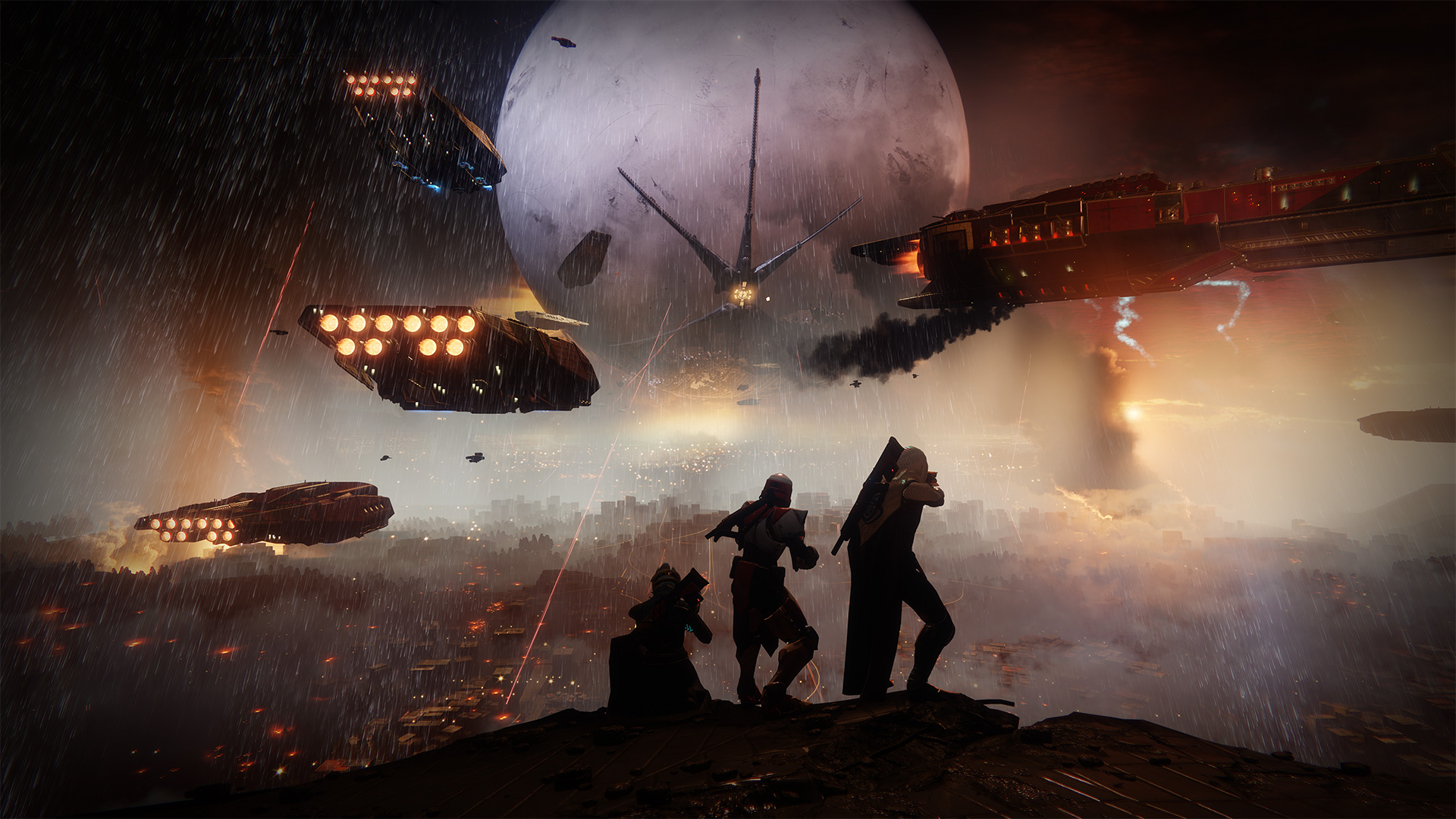 The dramatized opening for the campaign (timestamp) is certainly one of the more exciting prospects for this sequel, showcasing an actual premise and cast. If Bungie had the time to cobble together a story they wanted to deliver, it should follow that the gameplay should be better directed as well – after all, the first game did get butchered in more ways than one during its production.

Gameplay footage that followed (timestamp) was, expectedly, visually stunning as the chaos of a planetary invasion unfurls all around. The UI and core gameplay are all familiar, yet weapons and powers have been given a redesign.

Weapons are now categorized into Kinetic, Energy, and Power slots to give players greater options. As for abilities, a huge part of the story in Destiny 2 is how all Guardians – Warlocks, Titans, and Hunters – have lost their powers. We will get some new ones though, renaming classes to Dawnblade, Sentinel, and Arcstrider. There’s a greater emphasis on melee action here, brushing up close to titles such as Warframe.

When we’re not out on story missions, a breadth of side-activities (timestamp) will be ready and waiting across the various worlds. Old Destiny content such as Patrols and the PvP Crucible remain, though this time they’ll be joined by Adventures and Lost Sectors, which approximate to guided quests and dungeons respectively.

A significant quality-of-life improvement is the fact that we no longer have to return to orbit in-between missions or when visiting planets, cutting down on the ridiculous loading screens and waiting we had to sit through in the predecessor. An updated map will tie everything together so that finding, and getting to, these areas will be less of a hassle.

Four new locations (timestamp) will be available in Destiny 2, with players visiting the European Dead Zone (Earth), the methane-oceans of Titan, the machine-world of Nessus, and the Sulphur-infused world of Io.

They’ve brought some changes to multiplayer (timestamp) too, of course. It’s safe to say that everyone is relieved now that clan support will be implemented in-game, complete with a reward-sharing system to better distribute loot among members. Bungie are also aware about the solo population, to which they’re introducing “Guided Games” – essentially, it allows these lone wolves to temporarily match up with a clan of their choosing to tackle challenges. Conversely, this allows clans to fill up any blank spots in their fireteam at the last minute. In other words, it’s the “Looking for Group” feature in an MMORPG.

Blizzard Entertainment’s Mike Morhaime made a video appearance at the end (timestamp) to announce a distribution partnership, bringing Destiny 2 onto the Battle.net platform – the first third-party game on the service. It makes sense, given the maturity of Battle.net, the social nature of Destiny 2, and the many similarities one can draw with World of Warcraft. There’s also the fact that both developers are tied to Activision.

Catch the stream in its entirety here:

Destiny 2 releases on 8 September 2017 for PlayStation 4 (with timed exclusivity) and Xbox One. There’s no word on a date for PC just yet.

Ade thinks there's nothing quite like a good game and a snug headcrab. He grew up with HIDEO KOJIMA's Metal Gear Solid, lives for RPGs, and is waiting for light guns to make their comeback.
Previous post Plextor to debut new M8Se PCIe NVMe SSD next month
Next post ESL partners with Facebook for live esports streaming