Computex 2016: With the industry’s big push on VR, NVIDIA leading the performance GPU competition with its excellent GeForce GTX 1080, and AMD’s new mantra (if risky) of “console-class gaming on thin-and-light notebooks” for its Polaris GPU, you get a sense that there’s a PC gaming renaissance taking place right now. And the evidence can’t be more obvious at the recent Computex 2016 exhibition in Taipei.

Here’s a roundup of the product highlights.

The GeForce GTX 1080 and 1070 are NVIDIA’s most exciting cards yet. The Pascal-based cards are not only nearly 70% more powerful than their Maxwell predecessors (that powered the GTX 700-900 generation of cards), but are also more energy efficient too. The GTX 1080 for example, runs at 180W. To put this into perspective, it runs faster than the GTX 980 Ti and yet at nearly half the power required. And the best bit? GTX 1080 and 1070 cards are considerably less expensive – comparatively anyway – with a recommended SRP starting from US$599 and US$349 respectively.

While the Founders Edition cards have been out in the market for a while already, cards based on NVIDIA’s reference card design, it is only at Computex that manufacturers like MSI, Gigabyte, Palit and ASUS showed off their own GTX 1080 / 1070 card designs. The custom designs aren’t only aesthetics with LED blinks, but also feature more aggressive heat-sink fan systems to aid in overclocking. Ever had that moment in Fallout 4 or The Witcher 3, where the loading times seem to take eternity to complete? Consider getting an SSD harddisk or a faster memory upgrade. These babies will improve your overall PC performance – game loading times will zip by much faster and Windows will take seconds and no longer minutes to boot up, for examples. For gamers who don’t want the hassle of having to do their own DIY PCs, ASUS and Gigabyte are pushing out very interesting small-form factor PC machines, that are VR-ready, and are targeted at living room gaming. We have already detailed ASUS’ G31 here, but here’s a first look at the Gigabyte PC GB-XD7B0. 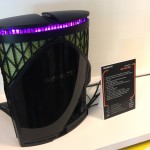 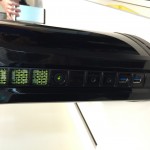 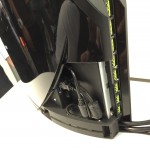 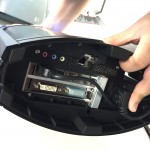 At the glance, the Gigatebye PC looks uncannily like a PlayStation 3. Like the latter, this Gigabyte PC won’t look out of place in your living room too. It also comes with the following impressively-looking specifications:

Aaron Yip is an industry veteran with more than 15 years of experience. When not spending time on his gaming PC and consoles, he can be found in Hyrule solving ungodly puzzles and collecting gems.
Previous post Gigabyte jumps into the GeForce GTX 1080 fray with two graphics cards
Next post Galaxy S7 Edge Injustice Edition includes Gear VR and US$100 of in-game credits