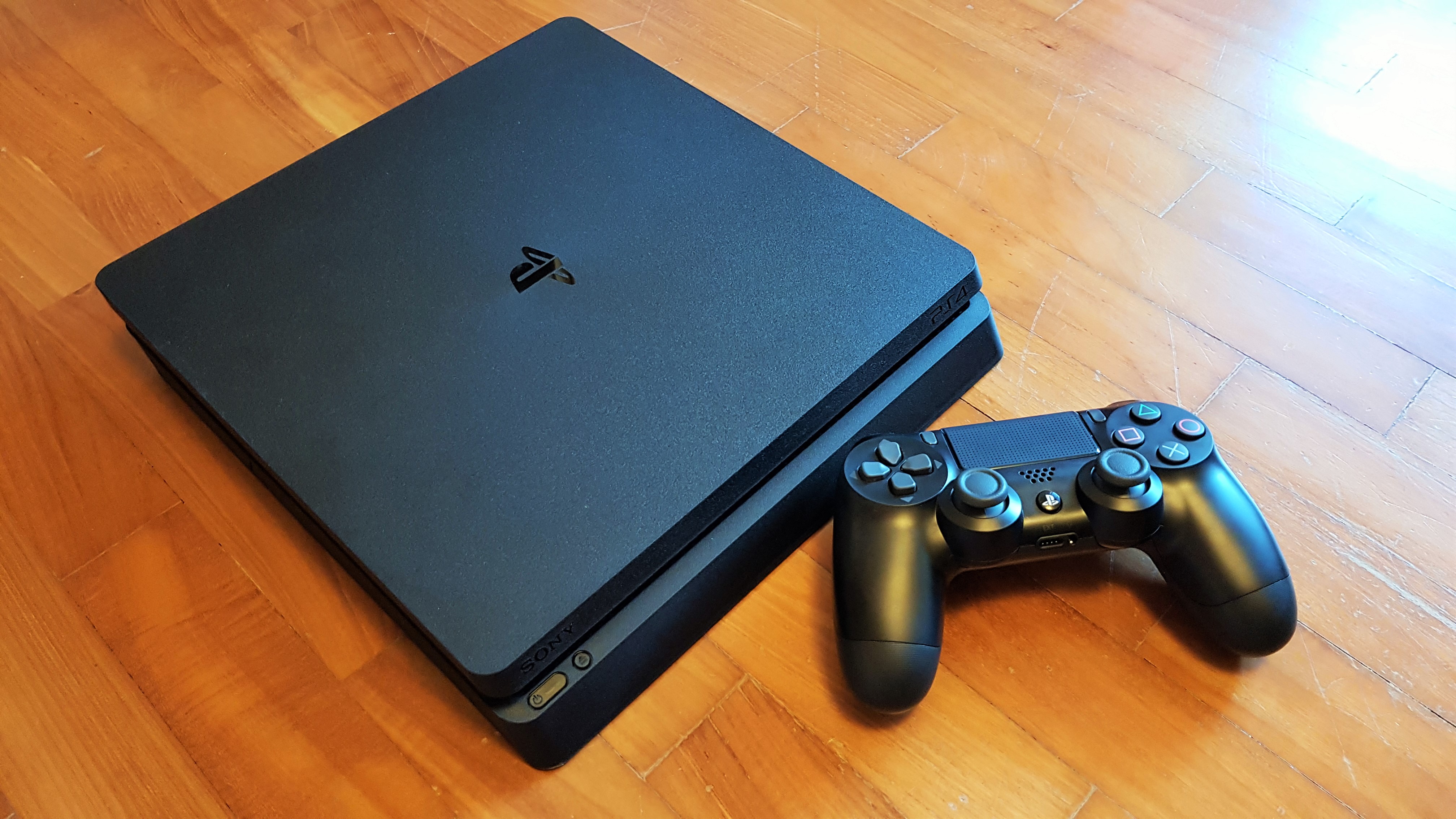 The new and slimmer PlayStation 4 was revealed last week and we got our hands on one. The new PlayStation 4 will ultimately replace the current model, which will be gradually phased out at retail channels. Gone is the glossy and matte surface, as Sony has decided to go just pure matte with the PS4 ‘Slim’. If you are wondering, there won’t be an official price drop per se, for the older PS4 hardware, but I was told that retailers may run their own in-store promotions (bundles, etc…) if they wish to. One of the biggest change in the new PS4 design is the removal of the touch-sensitive on/off and ‘eject’ switches and replaced by traditional push buttons. This is great, as one of the biggest complaints about the older PS4 was how easy it was to turn the console on or off by accident. The front USB ports have also been placed further apart. The new PS4 also allows for a much easier and convenient access to the hard disk bay. Unlike the older console, you only need to push and slide out the HDD cover, and pull out the tab to take out the hard disk. The PS4 will come with a 500GB hard disk by default, but feel free to bang in a 1TB or even a 2TB SSD drive! Sony has added a really nice touch here, with the console’s base rubber pads designed in PlayStation symbols. This was done with the anticipation that some owners will want to display their console in a vertical position, and boring rubber pads just won’t do. Perhaps the only disappointing, and a very big one, about the new PS4 is the exclusion of an Optical-out port. This meant that owners can only rely on the HDMI port for audio output. Existing PS4 owners who prefers to run their audio via an amplifier through the optical-out may want to skip the newer console. There really isn’t a compelling reason to replace one’s existing PS4 with the slimmer version anyway, unless you really want that smaller footprint of the latter. Which brings us to the following comparison below. Just how much smaller is the new and slimmer PS4 compared to its older sibling? The images above and below will give you a good idea of it. Quite frankly, the difference in size between both PS4 isn’t as dramatic as, say, the Xbox One and Xbox One S (where Microsoft has managed to shrink the Xbox One S by as much as 40%). It’s quite remarkable that Sony has managed to make the older PS4 in its current shape and size, if you think about just how only little they could shrink the PS4 further. The above image also seems to give us an insight as to why Sony had to remove the Optical-out port – there’s simply no space for it. From a design perspective, Sony has kept to the same visual identity with the new console so the resemblance is pretty striking. The same goes for the more powerful PlayStation 4 Pro, which comes with a 3-layer design as compared to the current PS4’s 2-layer. Love to bring your PS4 with you overseas? The slimmer PS4 isn’t just, well, smaller. It is also 700 grams lighter too. Diet success! The new PS4 package also comes with the new DualShock 4 controller – with the new light bar at the top of the touch pad.

Overall, the slimmer PS4 is still a fantastic Sony gaming machine and if you have been waiting to get a PS4, then there’s no reason to hold back any longer. For existing owners though, there isn’t a compelling enough reason to replace their set with this one. The absence of an optical-out can be a big deterrence for many as well. I’ll say, wait for the PlayStation 4 Pro instead.

Aaron Yip is an industry veteran with more than 15 years of experience. When not spending time on his gaming PC and consoles, he can be found in Hyrule solving ungodly puzzles and collecting gems.
Previous post Gaming on notebooks just got better with NVIDIA’s GTX 10-Series
Next post Final Fantasy XV Luna Edition PS4 bundle revealed for Singapore