ASUS refreshes its ROG line-up and then some 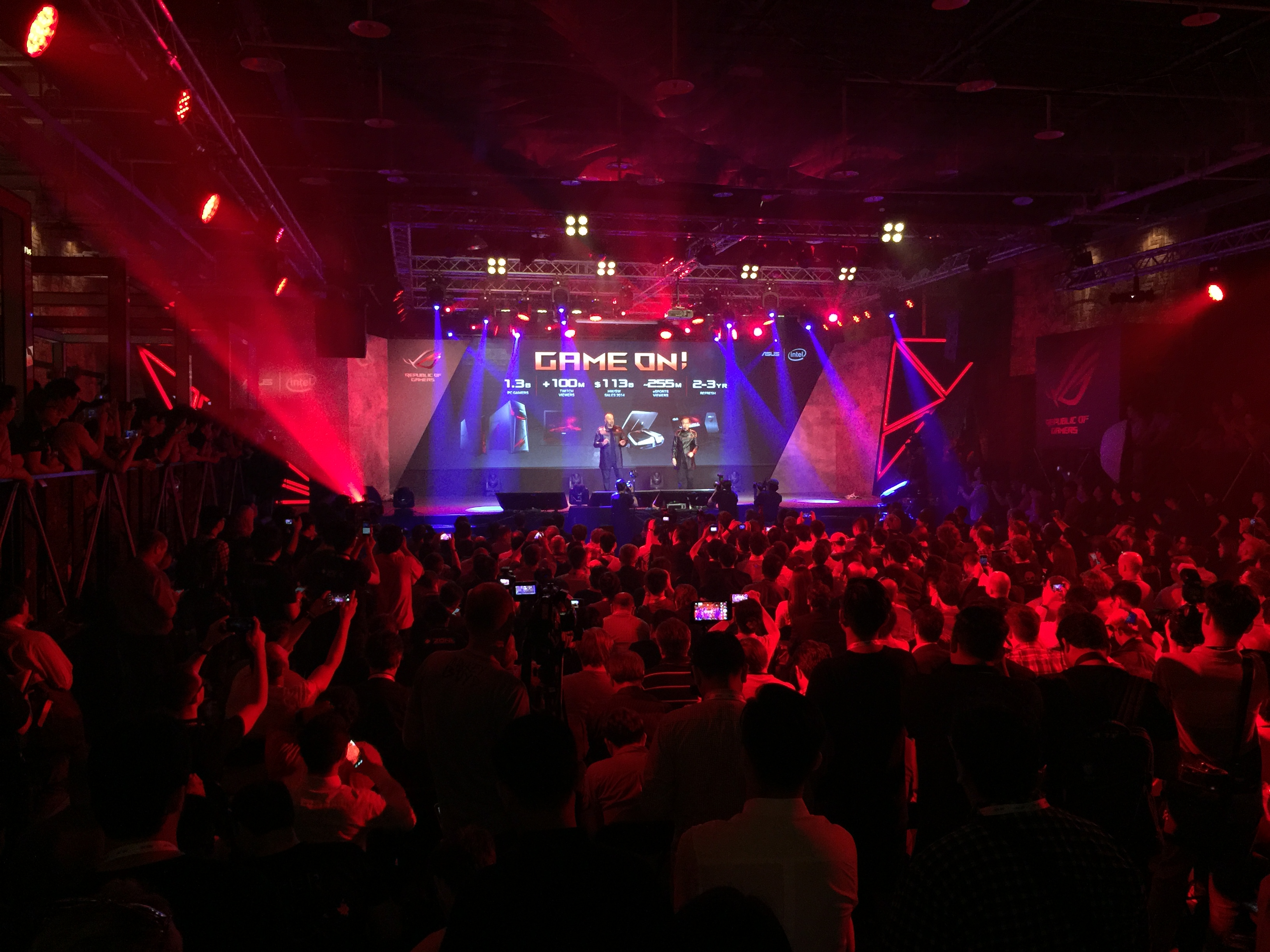 There were quite a few stars of the evening, but the show stealer was the ROG Avalon, unveiled for the first time. The Avalon is a proof-of-concept build that ROG envisions to be the future of gaming PCs beyond the standard form-factors. It is essentially a motherboard and chasis hybrid that’s designed as a single unit, but the various internal components such as SSD, graphics cards, PSU, etc…can be plugged right in at the front for easier access and without any cabling. It’s somewhat similar to Razer’s Project Christine, although not quite as modular and the Avalon setup looks more traditional – though this could changed.

Let’s look at the rest of the cast:

The Rampage V Edition 10 is a refresh of ROG’s flagship gaming motherboard that comes with a marvellous looking built-in I/O panel. The ’10’ is a celebration of the ROG 10th Anniversary. Notice that little casing on the left? That’s the G31’s power brick.

The G31 is arguably the most powerful compact gaming desktop with its double NVIDIA GeForce GTX 1080 running in SLI. ASUS has also given the system’s external power brick a much needed ‘ROG’ facelift.

The GX800 is the follow up to the insane GX700 that was only launched this year, but now comes with the latest NVIDIA SLI GPU and Intel K-series CPU for desktop-class performance. It will also sports a mechanical “MechTag” keyboard. Also shown for the first time is the Swift PG248Q gaming monitor. At 24-inch with an overclockable 180Hz refresh rate, the display is targeted at the eSports segment – which has seen an exponential growth over the past years and ASUS clearly wants a piece of the market share.

Then there’s also the XG Station 2, an external graphics card dock that turns a laptop into a gaming/VR-gaming powerhouse – not unlike Razer’s Core dock. A 680W power supply is built inside and supports the latest NVIDIA GeForce GTX and AMD Radeon graphics cards. Like the Razer Core, the XG Station is equipped with Thunderbolt 3 and a proprietary connector that improves performance up to a purported further 15% Last but not least, the Strix sub-range was also introduced as the newest recruit to the ROG arm, with the ROG Strix GeForce GTX 1080 revealed as the first gaming graphics card to carry the ROG Strix branding.

Commenting on ROG’s 10th Anniversary, ASUS Chairman Jonney Shih, said: “I’m incredibly proud of ROG’s achievements over its first 10 years, and today’s announcement demonstrates that our commitment to extreme performance and gaming superiority is undiminished. I guarantee that ROG’s second decade will be every bit as exhilarating. Today is a celebration of our success — and proof that ROG’s epic innovation and dominance continues at full strength.”

Aaron Yip is an industry veteran with more than 15 years of experience. When not spending time on his gaming PC and consoles, he can be found in Hyrule solving ungodly puzzles and collecting gems.
Previous post Don’t Miss: GG Gaming Zone at The PC Show 2016
Next post Interview: Blizzard Entertainment’s Bruce Wilkie on Overwatch