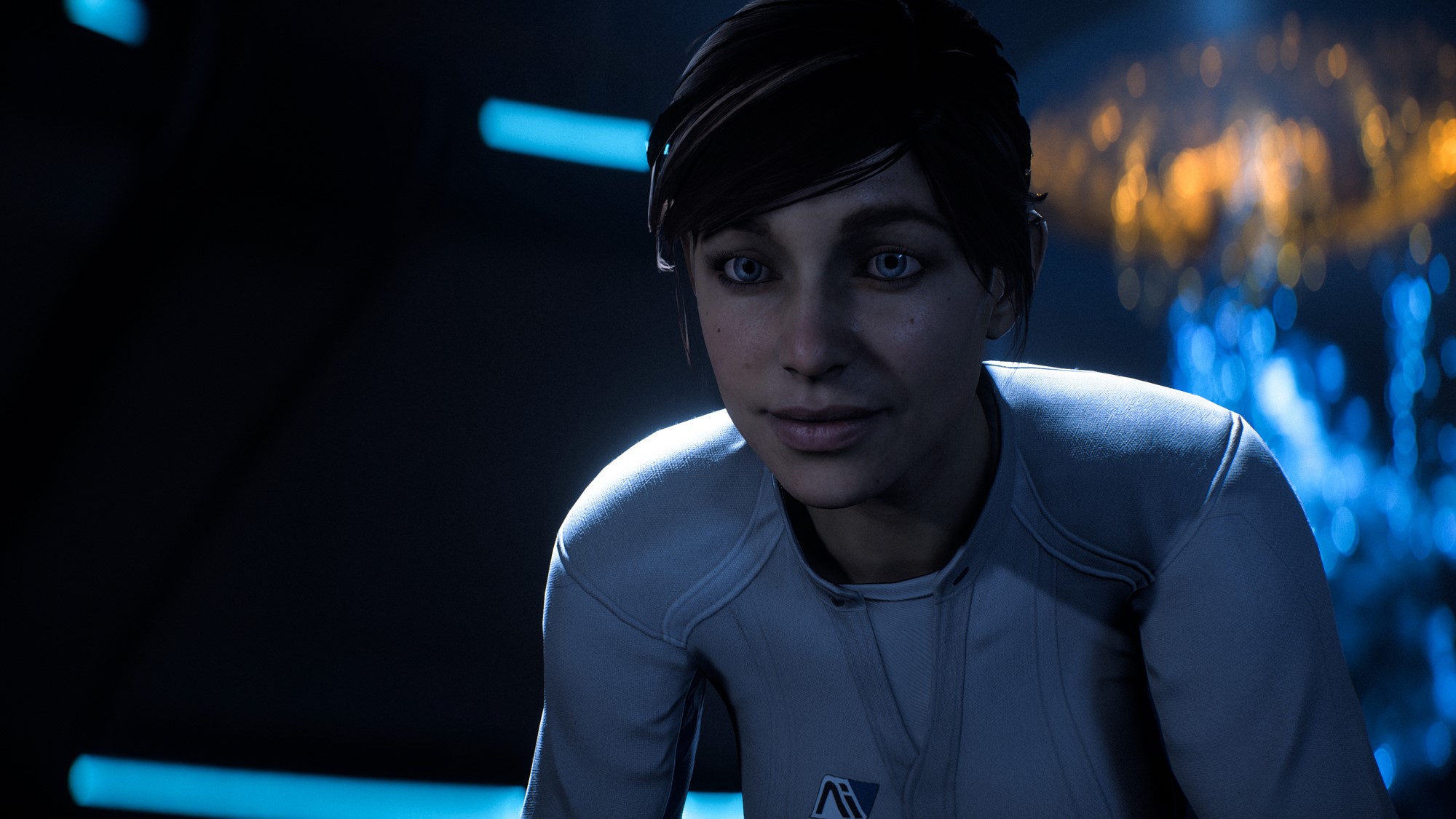 The original Mass Effect trilogy is a much beloved RPG franchise, and doing a follow-up for it is always going to be an ambitious task full of challenges. Even for a developer of BioWare’s stature. But here we are, just less than a month away from Mass Effect: Andromeda’s launch, and with a golden opportunity at a media showcase in Sydney to find out if the fourth game in the series will live up to its grand name.

My time with the game during the showcase was brief at best (only 90mins for an epic RPG), and that posed a unique challenge in what I’m allowed to reveal and not in my article – EA have a list of story spoiler content that they don’t want me to talk about, and many of them are intertwined with my short hands-on. But I’ll do my best, so here goes.

Mass Effect: Andromeda is both a sequel and a non-sequel in the Mass Effect line. Without spoiling it for you, I can tell you that Andromeda isn’t set after the events of Mass Effect 3. In fact, the game is set hundreds of years after in the Andromeda galaxy.

After the events of Mass Effect 2, the major Citadel Council races created the Andromeda Initiative, and tasked it with sending a colony of the major races on a voyage of 634 years to the unexplored expanse. The game’s focus then, is all about exploration and unlike the past three games that has a more sense of desperation and survival (after all, a race of sentient machines is out to wipe the Milky Way galaxy of intelligent life forms in the original trilogy).

In Andromeda, players take on the role of either Scott or Sara Ryder. The twins are recruits aboard the human ark, which is partly commanded by their father Alec Ryder, the Pathfinder. The idea of doing twin protagonists was done on purpose because BioWare had an issue with Commander Shephard in the trilogy.

“We thought there was some awkwardness with a female Shephard and a male Shephard existing in the same universe,” said Fabrice Condominas, BioWare Producer. Each character had their own voice actor and each performance gave a different vibe for each hero, even when they are and should be the same consistent hero regardless of which gender players choose during the game’s character customization. “By having two different characters that players can choose from the beginning, we believe each will bring different impacts on the game.”

That urge to conceive two separate female and male protagonists depending on who you create during the start gave rise to this idea. Players choose whether they play as a male (Scott Ryder) or female (Sara Ryder). Players still can customize their hero’s looks, and when they begin the game, the other twin is still in cryo when Scott or Sara wake up.

In my playthrough, using Sara, I found her conversation tonality with NPCs and squad mates to be witty, sharp and really smart. Scotts lines are more or less about the same, but Sara’s voice actor just seems to give more spunk to her character as soon as the game’s action-packed opening chapter went underway.

It is no friendly Galaxy

Arriving in the Andromeda galaxy with the goal of checking out Habitat 7 in the Heleus Cluster aboard the Ark, Sara finds her situation going awry as their ship hits a dark energy cloud, which destabilizes the ship.

Of course, nothing in Mass Effect games ever start easy. The crew, looking for a suitable landing site to make repairs, encountered a lightning storm over the atmosphere and crash landed into a seemingly hostile planet. That’s where they meet their first alien race — the Kett. The surprise encounter puts players in one of their first big dilemmas. The aliens are beating up one of the surviving crew and the younger Ryder has to intervene. They can confront the aliens and risk being attacked or fire first and save their fellow human crew.

Andromeda will play up your moral choices more than ever. Players must remember that the Milky Way species are the aliens this time around in the Andromeda galaxy. Humility will be used as a moral compass in many choice selections (be it for conversations or actions), Condominas hinted to me. So as strangers in a world that does not belong to them, players have a moral imperative to be diplomatic. That encounter and the rest of the events on Habitat 7 sets up the ‘feel’ of Mass Effect: Andromeda. If the original trilogy was a galactic epic between inorganic and organic beings, this follow-up pushes the idea of exploration.

To boldly go where no man has gone before…

Condominas has likened Andromeda to Star Trek, where players are exploring new frontiers and every world is supposed to look alien. The aforementioned Habitat 7, determined to be a golden world suitable for humanity colonization, features floating mountains that are obviously inspired by those seen in the movie Avatar – it looks beautiful as it is mysterious during first contact.

The gameplay will thus emphasize heavily on freedom of movement. It’s not quite an open world in the mold of games like Horizon: Zero Dawn or Ubisoft’s Far Cry series. For the first time in a Mass Effect game, players can finally jump. Not only that, they can also sprint, leap long distances with the help of the jetpack and land safely from great heights thanks to thrusters in their suit. This allows for players to explore areas that might otherwise not have been possible.

But practically speaking (at least during my limited time with it), Andromeda plays quite differently from previous games when it comes to combat. For example, you can’t hit a button to rush into cover anymore. Instead, you will automatically take cover as you move near a cover-appropriate object. This disoriented me for a while as an old-time ME fan and took some getting used to. It doesn’t help that not all objects seem to provide cover even when they look painfully obvious. This made for some frustrating combats in the battle for Habitat 7.

The Class system seen in the Mass Effect trilogy is also removed in Andromeda. Both Ryders can seamlessly switch between Security, Biotic, Technician (engineer), Leader (sentinel), Scrapper (vanguard) and Operative (infiltrator) classes. It’s a foreshadowing of what Sara or Scott can do in the future and shows off the potential of the new combat mechanics.

“We don’t want players to feel too locked in with their classes,” Condominas said. “It’s a classless system, so you don’t have to go one route in a playthrough without being able to explore the rest of the rich combat experience.”

The ability to switch classes with the help of the AI SAM lets players experience the different types of fighting too. If they’re in a large open map, they can choose to go Operative mode and snipe foes from afar effectively. If they’re in tight quarters, they could opt to use their Biotic or Scrapper skills for the appropriate advantages.

This perceived player advantage also comes with one major penalty however. BioWare has decided to remove the ‘pause’ function during combat in Andromeda. In addition, players can no longer switch between party members and use their specific powers. Although you can direct your other two party members with basic commands that are mapped to the directional pad – hold/attack or regroup/retreat.

These new features plus the addition of the jetpack also makes combat in Andromeda faster paced and more elegant than its trilogy counterpart. You can even perform a boost jump to surprise an enemy, and the game will go into a timed slow-mo for you to aim your shot in midair. If controlling Shepard felt like a samurai in the previous ME games, the Ryders play more like ninjas.

Even though there are key features that Andromeda has taken or changed that seems to make it different from past ME games, Condominas is keen to stressed that the Mass Effect DNA is still very much present in the game. For one, there are still optional loyalty missions that players can undertake to understand their squad mates better. Completing them this time will also earn them their ultimate weapon.

Another key Mass Effect mainstay is having side quests that players can revisit even after completing the main game. “We are approaching side quests very differently, and we want them to be “meaningful” to be impactful,” he said. “And it was also going to be very important for us that the quantity of scope doesn’t downgrade the quality of whatever you are doing there.”

Lastly, dialogues. Your choices in dialogues usually have a butterfly effect in all of the past Mass Effect games. Dialogues in Andromeda is slightly different this time around although it still retains the impact of your actions. Instead of the Renegade and Paragon options, players choose the type of tone they want to give. It’s more nuanced and befits a game where players need more than two options. Andromeda will not be shying from a “Matured” rating too, so expect romances to be hot, steamy and well…controversial.

My time with Mass Effect: Andromeda may be short, but I’m happy for the game to remain a mystery until its release on March 21. Certainly, there are already some spoilery moments that I have encountered (and yes, still can’t share them) in the game’s early plot but much of the game’s overall storyline is still shrouded in secrecy – and BioWare are masters of lores and narratives, so I’m pretty confident Andromeda will not disappoint long-time fans of Mass Effect. Being able to start with a clean slate, of sort, also gives BioWare an opportunity to introduce the franchise to a new audience. This year is Mass Effect’s 10th anniversary after all, and if anything, a great opportunity for a similar RPG adventure in a different universe.

I, for one, can’t wait to see where this new adventure takes me.

Mass Effect: Andromeda will be out for PlayStation 4, Xbox One and PC on March 21.