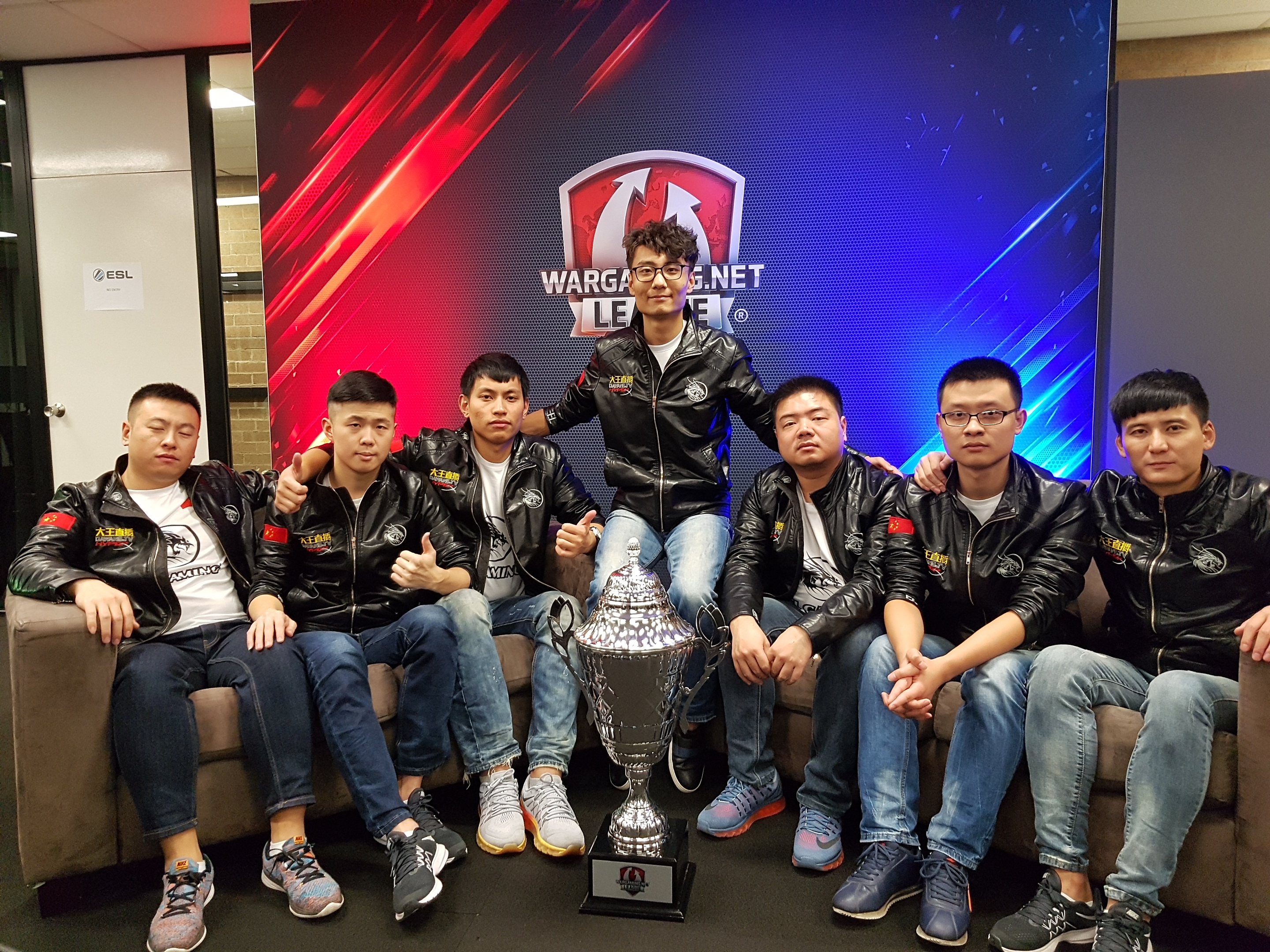 EL Gaming has a big aim. Fresh from their unbeaten run at the WGL APAC 2016/17 Season Finals, the Chinese team has made known their statement of intent – to win the top prize at the WGL Grand Finals, World of Tanks eSports’ most prestigious prize in two years.

At the WGL APAC 2016/17 Season Finals post-match conference in Sydney, EL Gaming revealed that they have been training outside of the APAC server as part of their preparations towards that goal. As APAC’s premier World of Tanks eSports team, that makes sense – training and practicing against stronger opponents from the European and CIS servers. This is by no means disrespecting teams from the APAC server. The reality is that as the only Asian team to have won the WGL APAC league unbeaten (in almost 3 years, mind you), EL Gaming needs to ‘up’ their current level and the best way to do that is to pit themselves against opponents stronger than them.

And these opponent are all plying their trade in the Europe and CIS servers, with Natus Vincere (Ukraine) and HellRaisers (Ukraine and other CIS territories) coming to mind. The former being Grand Final champion for 2014 and 2016, while HellRaisers took the honor in 2015. EL Gaming feels that the next 12-14 months is crucial for them to acquire the experience and skill needed to compete at the highest level.

While we thoroughly enjoyed our final match with B-Gaming, the reality is that we never spend time to understand their tactics as much as they do with ours. Our objective is to be able to compete at the highest level, and that is to play with the top-tier opponents from the Europe and CIS servers, so our practice time are spent in learning and watching teams from these leagues”, a EL Gaming spokesperson said.

They were also quick to admit that while they enjoyed the match with B-Gaming at this evening’s Grand Finals, their thoughts are never far away from wanting to play and train in the western servers. To that end, they have even tried contacting Natus Vincere (or NaVi) to arrange for practice rounds, but the Champion have so far ignored their requests.

Perhaps NaVi won’t be able to ignore them any longer. If EL Gaming’s performance and success trajectory were anything to go by, they might have to meet them on the battlefield sooner than later.

Aaron Yip is an industry veteran with more than 15 years of experience. When not spending time on his gaming PC and consoles, he can be found in Hyrule solving ungodly puzzles and collecting gems.
Previous post EL Gaming takes home US$50,000 in Wargaming.net League APAC 2016/17 Season 1 Finals
Next post Review: Rise of the Tomb Raider – 20 Year Celebration (PS4)