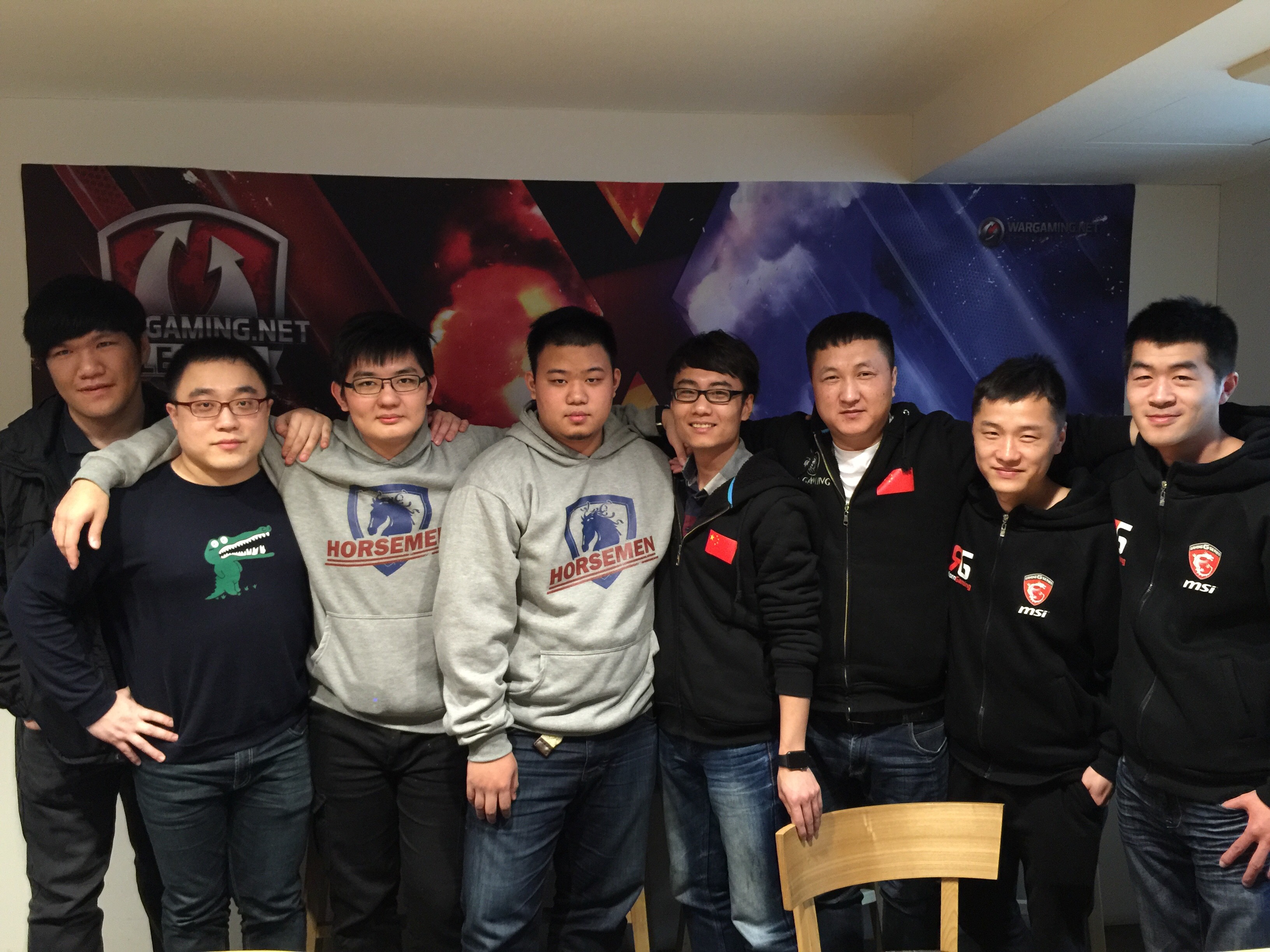 The Wargaming League APAC-Asia Season 2 Finals takes place this weekend, and features the region’s top four teams duking out for the title of Asia’s best team and the rights to represent Asia in the Grand Finals in Warsaw, Poland, in April. We managed to speak to members of EL Gaming (China), Gold Bass (Korea), Horsemen (Taiwan) and Reforn Gaming (China) in the heart of Seoul, South Korea, before the tournament kick-off.

As the top ranked team in the Asia Server, and also having taken away the spoils from The Pacific Rumble, it came as no surprise that EL Gaming are the team to beat this weekend.

“We didn’t rest on our laurels after the Pacific Rumble win, in fact, we have been training harder so as not to repeat some of the mistakes we made in that tournament”, said EL Gaming.

Korea’s Gold Bass underwent a minor shake up since their foray at the Pacific Rumble under their old name Kongdoo, refreshing their team’s composition and improving on their tactical play. “With the APAC Finals being played here in our home ground, there certainly is a level of expectations and pressure on our backs. But we will channel these in a positive way in our performance, and we hope to not disappoint our fans”, Gold Bass told us when asked about their own expectations in the tournament.

Razer-sponsored Reforn Gaming will no doubt be another team to watch, and despite the competitive rivalry between them and EL Gaming as China’s premier teams, the friendships between both were obvious during this interview.

“EL Gaming is China’s top World of Tank full-time professional team for a while now, and we respect their achievements and professionalism. At competitions, naturally we are rivals but we are also friends outside of the game”, explained Reforn Gaming.

Finally, coming into the tournament as the dark horse, Horsemen from Taiwan also has this to say to us, when asked about their own prospects in the tournament. “EL Gaming is certainly the opponent to watch out for, when you consider their experience and achievements. But we have a game plan, and if we are able to stick to that, who knows?”

The WGL APAC Finals Season 2 takes place over the weekend, and you can catch it right here. The winner will also represent Asia in the World Grand Finals in Warsaw, Poland, take home the top cash prize of USD 60,000 and a Wargaming-sponsored make-over (because, winners get to look better).

Aaron Yip is an industry veteran with more than 15 years of experience. When not spending time on his gaming PC and consoles, he can be found in Hyrule solving ungodly puzzles and collecting gems.
Previous post Here’s what the Uncharted 4 PS4 looks like
Next post EL Gaming & Gold Bass to represent Asia in The Grand Finals in Warsaw