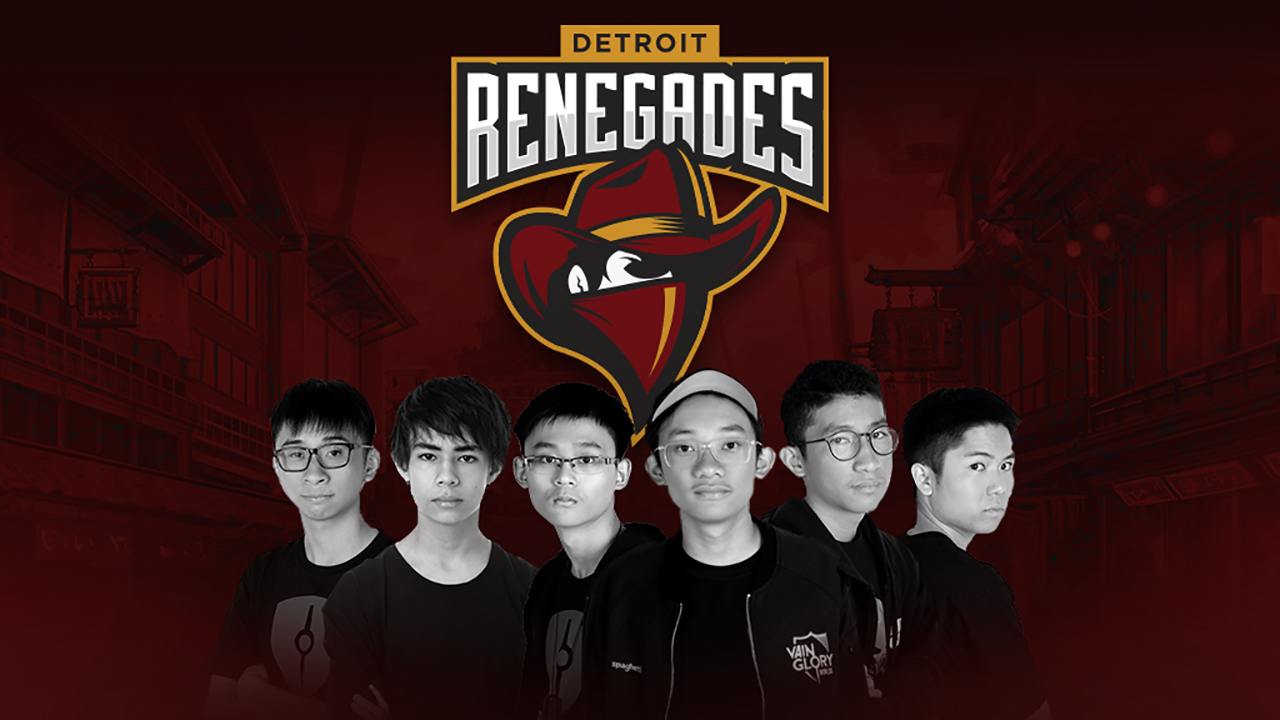 Southeast Asia’s Team Infamous is joining the Detroit Renegades, an esports organization headquartered in North America. The Vainglory team will bear their new Team Renegades moniker at the upcoming 2017 World Championship in Singapore this December, where they will help unveil the game’s anticipated 5v5 mode in a showcase match.

Infamous are a young but widely-known force in the growing Vainglory community. Their history charts back to Season 2 of the International Premier League with a series of top 3 wins, in addition to a sixth-place finish at the inaugural World Championship last year.

For 2017, they placed second at the SEA Summer Championship in Jakarta, losing out to Singapore’s Team Impunity. However, they soon got their revenge at the recent SEA Mobile Major 2017, where they claimed the championship in a 2-1 victory.

Their winning ingredient possibly lies with 16-year-old team leader Justin “spaghetti” Bersamin, a Filipino based in Singapore. A regular Vainglory streamer (his last stream attracted eight thousand views), Justin was present for all of Infamous’ achievements, bringing both skill and experience to the Renegades roster. His former teammates, Amos “Quatervois” Ker Zhen Shun and Tan “deftQ” Jing Yu, are now at Impunity.

The Vainglory World Championship 2017 will be held at Singapore’s Kallang Theatre from 14 to 17 December, where the top 12 finalists from around the world will compete for a US$140,000 (approximately S$189,000) prize pool.

Registrations for the free entry tickets are now open. Those itching to spend can drop S$100 for a pre-order package that includes an exclusive hoodie, event t-shirt, and the daily free gifts.

Even if you can’t attend, this is a global event – livestreams for all three days will be up and running on the official Vainglory Twitch, YouTube, and Facebook channels.

Ade thinks there's nothing quite like a good game and a snug headcrab. He grew up with HIDEO KOJIMA's Metal Gear Solid, lives for RPGs, and is waiting for light guns to make their comeback.
Previous post Review – Creative Assembly gets it right with Total War: Warhammer II (PC)
Next post Xbox One system update out now, revamps Home and Guide