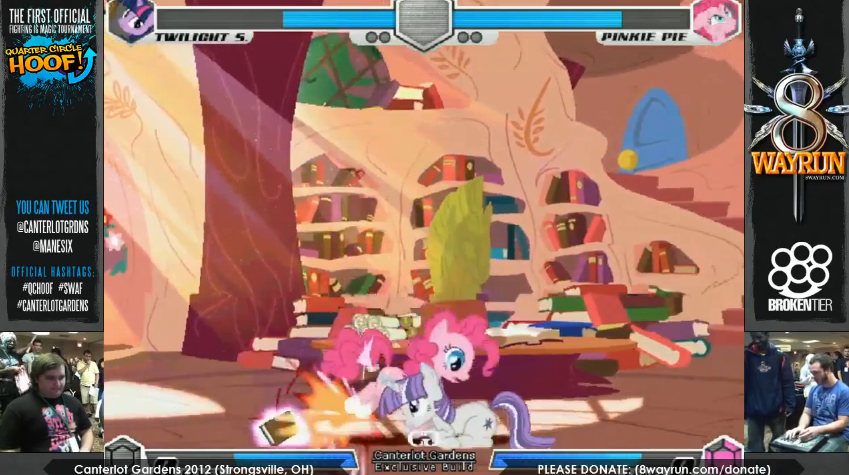 Unprecedented “Player’s Choice” choice for EVO 2013 drives up over $3,000 in donations, and the game isn’t even complete yet.

My Little Pony: Fighting is Magic, the fan-made fighting game involving the ponies from My Little Pony: Friendship is Magic, stands at the top of the EVO 2013 Donation Drive with $3,500 in proceeds, beating other titles such as Super Smash Bros. Melee and Skullgirls. Now, knowing the fandom, this is a mix of sincere charity, some overzealousness and the true ambition of wanting the yet-to-be-released game to grab more exposure.

Not wanting to put pressure on developers Mane6 on producing a rushed game, EVO has announced that Fighting is Magic will not make the spot for the 8th game in the tournament, giving the 8th spot to the game with the highest, or second-highest in the event FiM remains at the top spot when the drive ends. All proceeds will go towards Breast Cancer Research.

EVO has also announced a special exhibition tournament for FiM should it win the donation drive, along with the game’s return to the Indie Gaming Showcase in EVO 2013 with more setups dedicated to the game.

If you want your favourite game to beat the bronies’ contributions, there’s still time to make a donation to your favourite qualifying game. The donation drive ends January 29th.