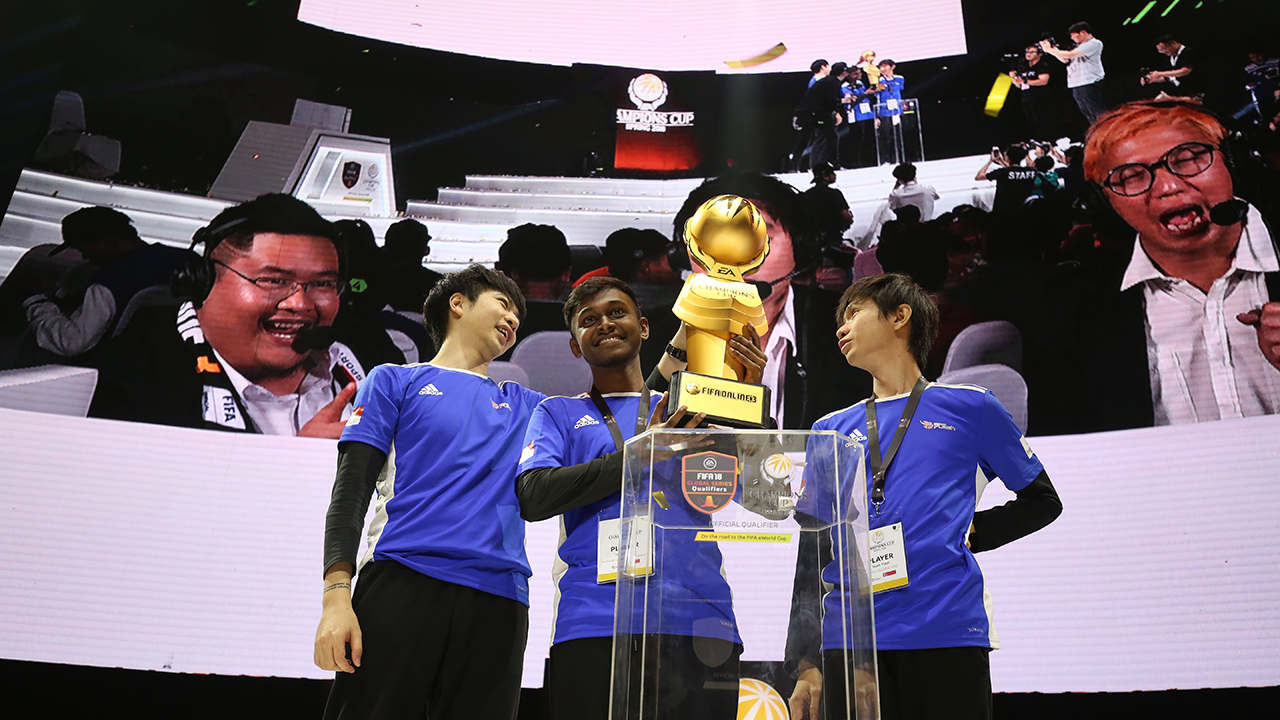 Representing Singapore were Team Flash regulars Amraan Gani “Amraan” Musa Bakar, 23 and Joseph “Zarate” Yeo, 24, players who last made headlines in December 2016 for a US$60,000 bronze finish. They were joined by 26-year-old Si Jun “WeyuwenC” Li, China’s FIFA Esports player of the year, as part of a new ruling that allowed one foreign player.

Other teams at EACC Spring 2018 represented Korea, China, Malaysia, Indonesia, Vietnam, and Thailand. Team Flash lost to Malaysia’s Fire Dragoon on the first day, but quickly rebounded by taking down Indonesia’s BOOM.ID and China’s Lyon.EDG. The recovery saw them advancing to the grand finals against Thailand’s TNP A, who not only had home ground support but were cruising on the high of toppling defending champions adidas X from Korea.

While the semi-finals proved to be close 3–2 shave against China, Team Flash confidently snagged the trophy with a clean 3–0 win against Thailand.

The competition was streamed live on Malaysia’s TV9 Di Hatiku’s Facebook page and on official EA Sports channels. Here’s the grand finals VOD from the former; it has English casters so you can easily follow along:

“It felt surreal winning the entire tournament for Singapore. We always believed in each
other and that we could go far internationally. With success in this competition, it shows
that Singapore can challenge the best in the world,” said Amraan in a news release.

Team Singapore’s next hurdle will be in June at the FIFA eWorld Cup 2018.

Chiang “Hibidi” Wen Jun, Team Flash’s other FIFA regular, is also in the competitive circuit as a FIFA 18 Ultimate Team player in the Xbox Division. He overcame the odds, which included an account hack during the qualification period, to place 56th in the world. He will be traveling to Manchester, UK, for the second FUT Champions Cup on 13–15 April.

Ade thinks there's nothing quite like a good game and a snug headcrab. He grew up with HIDEO KOJIMA's Metal Gear Solid, lives for RPGs, and is waiting for light guns to make their comeback.
Previous post Sony has a new $149 wireless headset for the PS4
Next post Call to arms! Join our editorial team