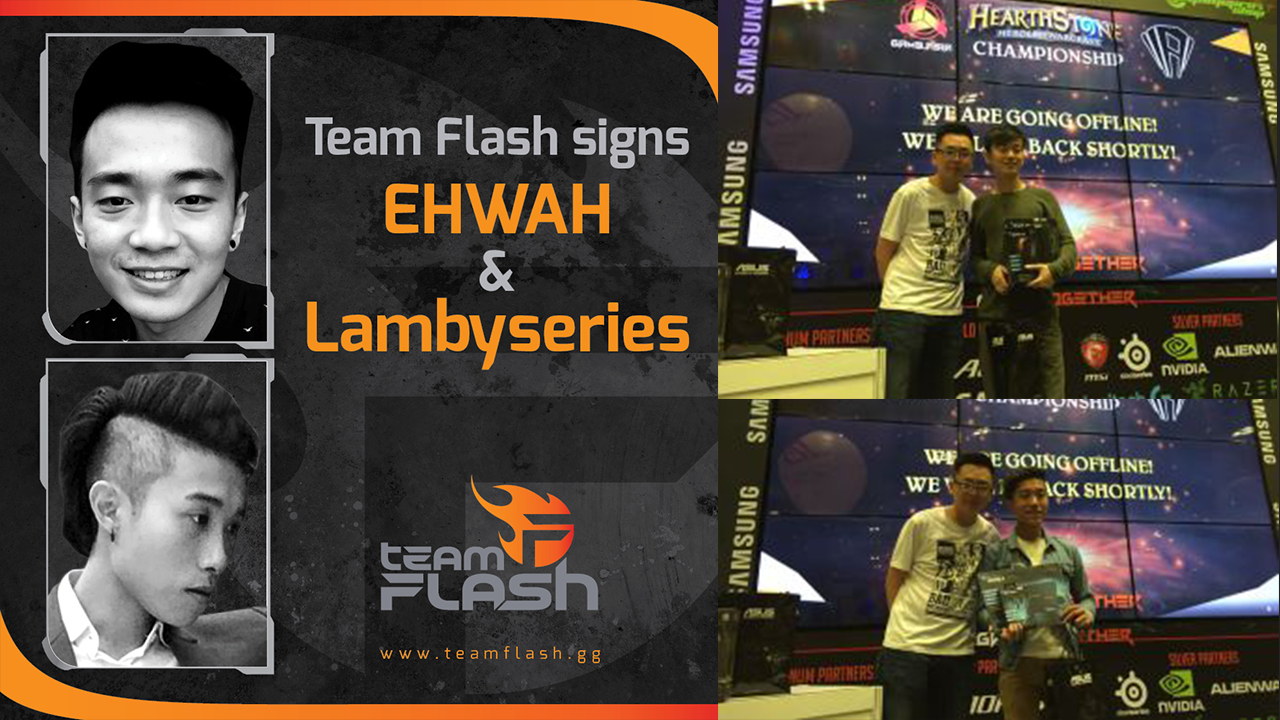 Team Flash is dipping its toes into Hearthstone by signing two established esports players. The public may catch both Nicholas “EHWAHHH” Xing and Wesley “LambySeries” Seek in action during a King of the Hill tournament at SHINE Festival 2017 this weekend, making up two of the four qualified participants.

As a former Dota 2 professional, EHWAHHH (@EHWAHHH_HS) is no stranger to Team Flash. He wore the organization’s jersey during the 2011-2012 season alongside regional stars such as Galvin “Meracle” Kang, rising to become a highly regarded carry player within Southeast Asia. Hearthstone is his ticket back to competitive gaming, and the transition has apparently proved successful for the full-time student.

Joining him is the established card game pro LambySeries (@LambySeriesHS), who carved a name for himself in 2012 by placing fourth at the Yugioh World Championships. After hopping over to Hearthstone, he quickly managed to hit Rank 1 on the Legend ladder in March 2017.

“I’ve always liked EHWAHHH as a player and person dating all the way back to his time with us in our Dota 2,” said Team Flash founder Terence Ting.  “As for LambySeries, he is also an experienced competitive player having represented Singapore on the world stage previously.”

SHINE Festival 2017 takes place along Orchard Road (stretching from ION Orchard all the way to *SCAPE) from 30 June to 2 July. This year’s edition will be the first time that esports and gaming make an appearance at the 12-year old event.

Ade thinks there's nothing quite like a good game and a snug headcrab. He grew up with HIDEO KOJIMA's Metal Gear Solid, lives for RPGs, and is waiting for light guns to make their comeback.
Previous post AMD’s highly-anticipated Vega GPU is here as the Frontier Edition form
Next post This Overwatch D.Va Statue is bad news for your credit card