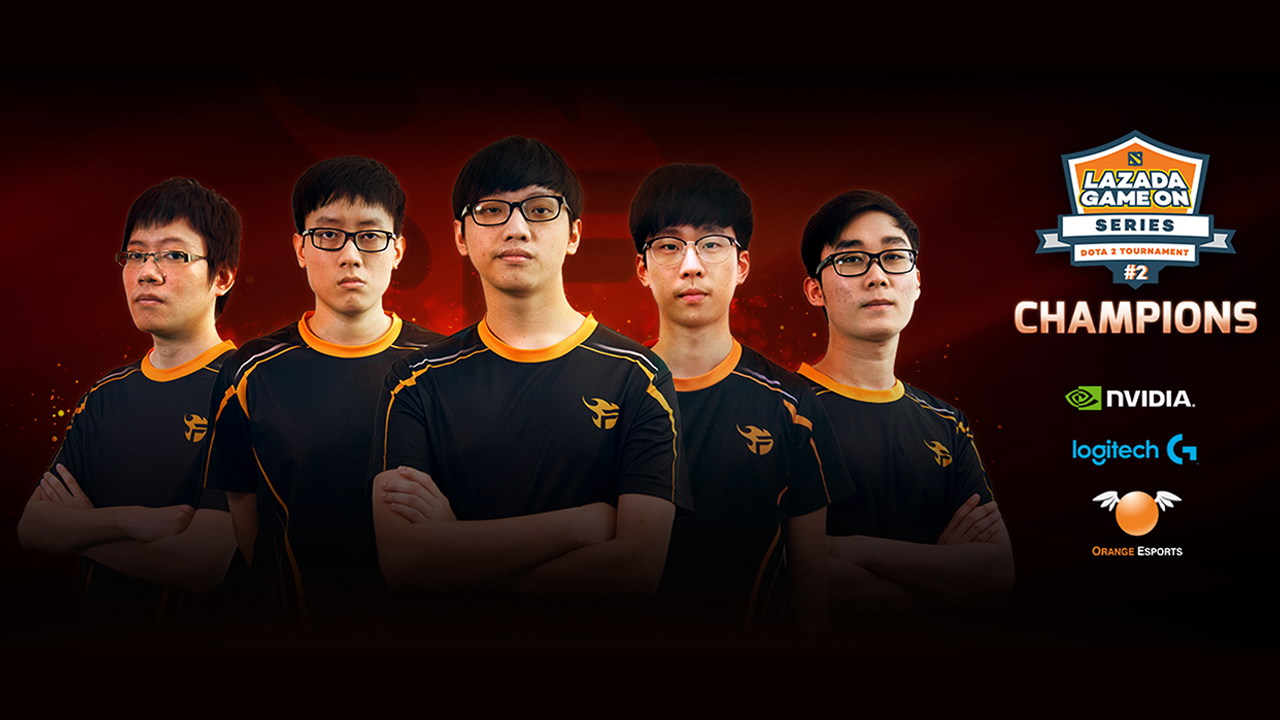 Team Flash have wrapped up the year with the best gift they could ask for: the champion’s trophy at their first regional Dota 2 tournament.

After recently opening a team house in Johor Bahru, Malaysia, the athletes promptly marched into Lazada’s Game On #2 series where they trumped competition from Indonesia, Philippines, and Vietnam to take home the grand prize.

The online event unfolded on 23–24 December and was organized by Indonesia’s largest esports broadcast company, Liga Game, with VODs archived on their YouTube channel.

It wasn’t all smooth sailing for Team Flash. After a good start on Day 1, the team slipped into the lower brackets the following day after losing 2–1 against Indonesia’s PG.Barrackx. However, that “unexpected defeat” jolted the team into full gear as they proceeded to dominate the rest of their matches with a streak of 2–0 victories.

In a bit of tournament drama, Team Flash wound up facing PG.Barrackx once again in the grand finals. Undeterred and with plenty to prove, the Malaysians swept through both games to take the Best of 3 series and the tournament at large. You may catch that game’s VOD here, although the commentary is entirely in Indonesian.

Yet winning their first regional tournament wasn’t all that happened that Christmas weekend. Joel “Xtinct” Chan, a three-time TI (The International) contender, had in fact swapped his coaching role for a seat at the table. Despite being the oldest, the 29-year-old showed that he still had plenty of fight left in him.

In the semi-finals against multinational team SEA Rejects, Xtinct led his Ancient Apparition on a 15–0 killing rampage, as a position 5 support player no less. A grand return to the front-lines for the veteran, and a promising sign of things to come.

Speaking to GameAxis, Team Flash founder Terence Ting shared his thoughts on the team and the tournament:

“What separates the top tier teams such as Mineski and Fnatic is mostly down to the winning mentality that the players possess. In terms of individual skill, most teams are on the same level — team synergy and chemistry make the key differences. Building a championship-winning team is a long-term process, and it fulfills me on a personal level.

“In that context, this win was important as it proved we were one cut above the tier two teams in the region. It bridges us closer to that tier one level needed to represent Southeast Asia in the upcoming Majors for 2018 and, dare I say it, TI 8.”

As for that new roster, Team Flash has parted ways with Kim “Unknown” Jit Pin and Wang “Gy” Kok Guan, while former captain Tan “jjz” Jia Jun has been shifted into the substitute corner. Xtinct takes over jjz in the number 5 position.

Filling the position 1 and 3 blanks are Byron “Syeonix” Young and Yang “Deth-Sama” Wu Heng respectively, with the latter also assuming captaincy. 23-year-old Deth-sama swiftly took the role due to his reputation and skill, with the team considering him as “potentially the best all-rounded player in the country and a top tier off-laner in the region.”

Team Flash, who have their eyes fixed on the world championships, is currently sponsored by Logitech, NVIDIA, and Orange Esports. Keep up with their journey over on Facebook.

Ade thinks there's nothing quite like a good game and a snug headcrab. He grew up with HIDEO KOJIMA's Metal Gear Solid, lives for RPGs, and is waiting for light guns to make their comeback.
Previous post Diablo III’s Darkening of Tristram event returns in January
Next post All aboard! Star Trek: Bridge Crew no longer requires a VR headset