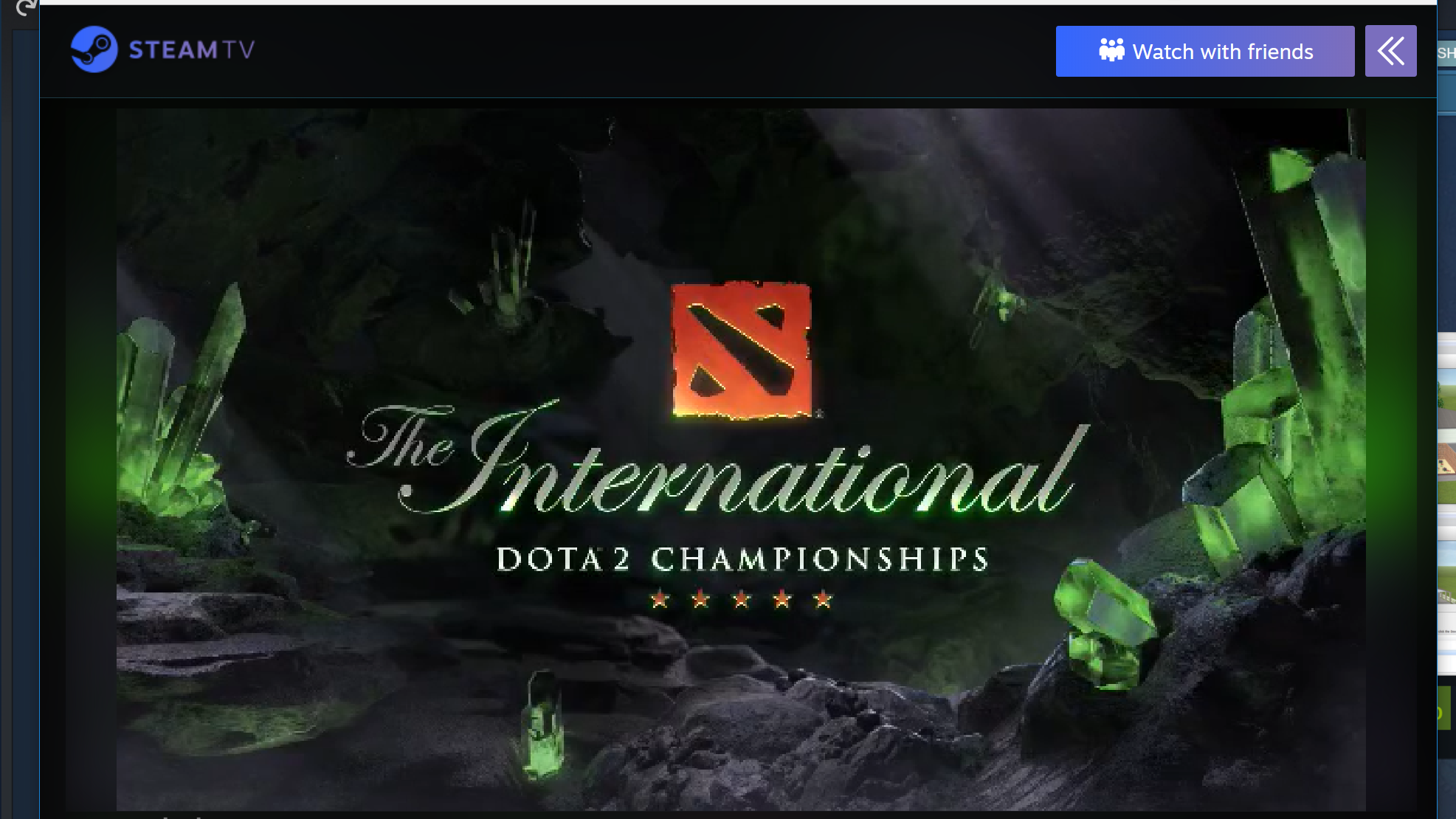 After speculation and a major accidental leak from Valve in the past few days, Steam.tv is now officially. The platform is Valve’s livestream entry against Twitch and other live-streaming competitors like YouTube Gaming and Facebook Live.

For now though, typing in Steam.tv on your browser just gets you to the page’s livestream of DOTA 2’s The International 2018.

Logging in will allow you to see your friends who are online on Steam. You have the choice to invite them to watch the stream together or watch it alone. A small window will appear at left the side of the interface so you can focus on your group chat while the public chat at the right side of the screen continues on.

There’s no word yet on what are the other functionalities of Steam.tv, and if it will stay online right after The International 2018 or if it’s just to test the waters before fully launching at a later date. That being said, a line at the end of the Dota 2 blogpost says that they “plan to extend Watch Party support for all games that are broadcasting on Steam and expose a new broadcast Steamworks API to Steam partners.”

Never talk to Nadine about good games with good narratives. She may never stop talking. Other topics she can't stop talking about: games in general, really, consumer tech, and pop culture.
Previous post Day 2 of The International 2018: Mineski falls to Virtus.Pro
Next post HBO’s Watchmen to come 2019