StarCraft II: Vengeance Cup Down, IEM Shanghai Up Next 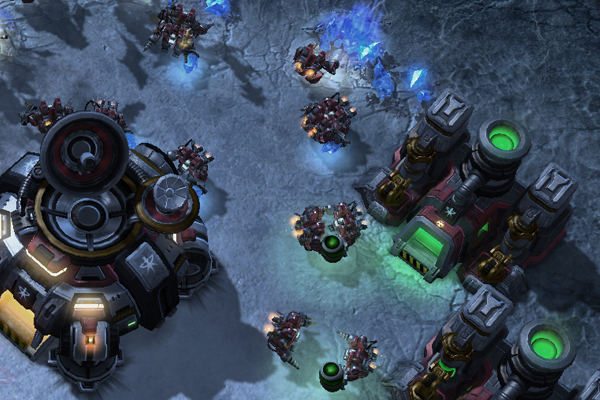 The action isn’t over yet for StarCraft II.

Last Saturday saw the conclusion to the Vengeance Cup Singapore Finals, with ‘Yekke’ of Team DM.Eve defeating both ‘Blysk’ and ‘Revenant’ of Flash eSports to win the top spot. In addition to the great prizes, DM.EveYekke and FlashRevenant will be representing Singapore in the Vengeance Cup Regional Finals in Thailand this August. They’ll be competing against pRotonWira and SseoniToT of Malaysia as well as others from Thailand and Philippines to win the title of SEA Grand Champion.

The final standings for both Singapore and Malaysia tournaments can be found here and here respectively. If you missed it, over 8 hours of the Singapore broadcast is available on SC2SEA’s Twitch channel.

The latest season of the Intel Extreme Masters will open in Shanghai, China later this month during ChinaJoy 2013. A US$25,000 prize pool has been set and the winner will get a spot in the World Finals next year. As luck would have it, a single player will be drawn from the Southeast Asia and Australia–New Zealand region to participate, decided by a two-stage online qualifier that begins this week.

Stage 1 will be spread across two qualification cups happening on 5 and 6 July. The top two of each cup will proceed to Stage 2 on 7 July for an 8-player Double Elimination against four invited seeds – mOOnGLaDe, PiG, MaFia and one more yet to be announced. The emerging Stage 2 winner will have accommodation and flight expenses to Shanghai paid for by ESL (Electronic Sports League).

[styled_box title=”Map Selection Rules” color=”black”]Best of 1 in all rounds until the Round of 16 players is reached in Winner Bracket and Ro16 B in Loser Bracket. At round of 16 and higher is a Best of 3. Once the Grand Final is reached the matches end, and the 2 players then move to Stage 2.

In a Best of 1, Best of 3 and Best of 5 a map veto (removal and pick) system is used. The high seeded player(seeds can be found at round 1 on the grid page) decides who starts. Players take it in turn removing maps until only one remains in a best of 1 or until only 3 maps remain in a best of 3 or until 5 maps remain in a Best of 5. Then each player picks a map. Maps are played in order they are picked. The remaining map is played last.

Players need to be above the age of 16 by 24 July 2013 and have to reside in Southeast Asia or Australia–New Zealand to qualify. No official coverage has been announced yet but we’ll update this post as soon we as we find out.

Ade thinks there's nothing quite like a good game and a snug headcrab. He grew up with HIDEO KOJIMA's Metal Gear Solid, lives for RPGs, and is waiting for light guns to make their comeback.
Previous post The King of Games Wants Your Team
Next post Review: The Last of Us (PS3)