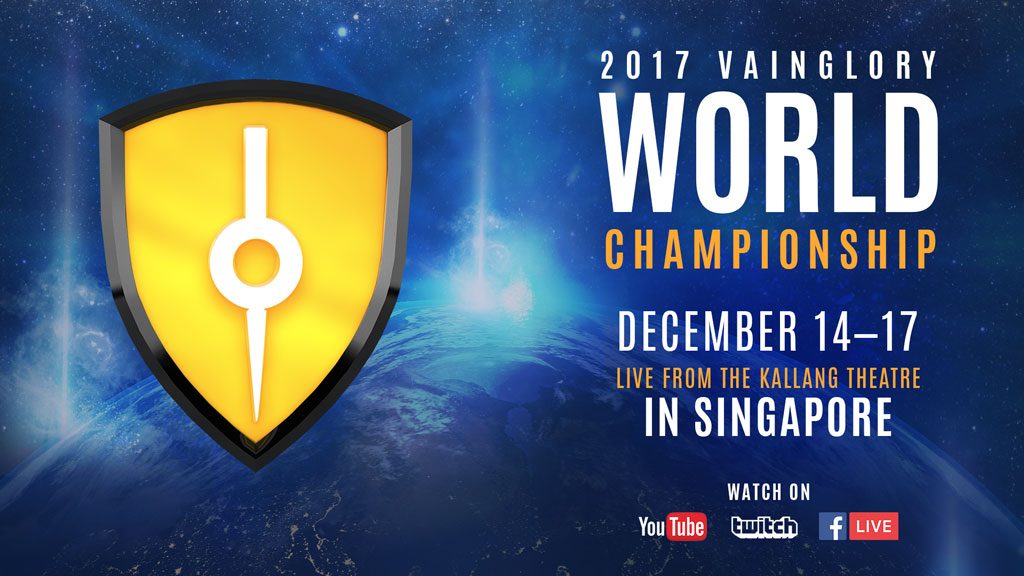 Mobile games is becoming increasingly competitive in the world of eSports, and for the first time, Singapore will play host to the Vainglory World Championship 2017.

Only in its second world championship, the nearly 3-years old game has seen massive growth in player and concurrent user numbers. The World Championship will be held at the Kallang Theatre from 14 to 17 December, where the top 12 finalist teams from around the world will converge to fight for the prize pool of US$140,000. Tickets to the event are free, but you will have to register with Vaingloryworlds2017.peatix.com to get them. Alternatively, if you prefer to watch the matches in the comfort of you home, the Worlds will also be streamed live on Vainglory’s Twitch and YouTube channels.

“In a way, we are bringing Vainglory back to its first home,” said Heini Vesander, Executive Producer, esports.

Here’s a bit of trivia for those not in the know.

The birth of Vainglory and its earliest community could be traced back to Singapore. According to Super Evil Megacorp CEO Kristian Segerstrale, players in Singapore were the first to embrace the game during its beta testing back in 2014, then Southeast Asia, before anyone else. Southeast Asia is therefore seen as a central strategic and community focus for the mobile gaming company.

“In a way, we are bringing Vainglory back to its first home,” said Heini Vesander, Executive Producer, esports.

The 12 teams competing in the finals are picked from over 5,000 teams which compete in the game’s leaderboard over the past year. They come from six regions: North America, South America, Europe, South-east Asia, East Asia and China. Representing the home ground will be players from Team Impunity. Meanwhile, teams in Southeast Asia who have yet to qualify for the World Championship will be eyeing the remaining Wildcard slot as they ready themselves for the Vainglory8 Autumn Season, which starts on September 30.

Aaron Yip is an industry veteran with more than 15 years of experience. When not spending time on his gaming PC and consoles, he can be found in Hyrule solving ungodly puzzles and collecting gems.
Previous post Intel touts its 8th-generation Coffee Lake processors as their best gaming CPUs ever
Next post Review – Razer gets wireless right with the Lancehead Gaming Mouse