Singapore clinches Bronze and US$60,000 at FIFA Online 3 championships 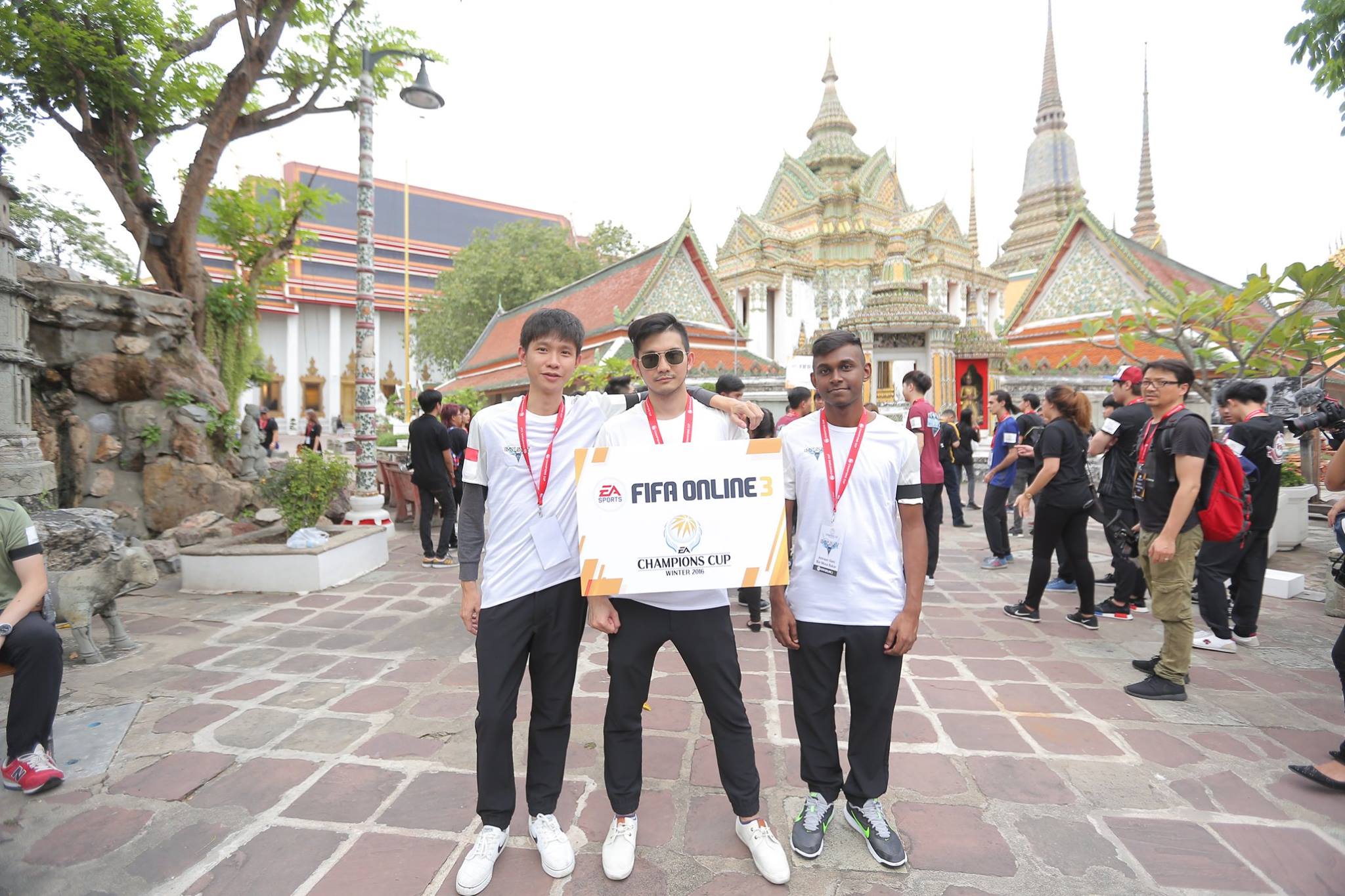 Local gamers are once again making waves in the international eSports circuit. Team Singapore has achieved a third place finish at the EA Champions Cup Winter, defeating world-class players from Europe to bring home bronze medals and a whopping US$60,000 (S$86,900) in prize money.

Garena’s EA Champions Cup is an international tournament for EA Sports FIFA Online 3. The finals were held last weekend (17-18 Dec.) at the GMM Live House in Bangkok, Thailand. Teams from Singapore, Malaysia, Indonesia, Thailand, Europe, Vietnam, China and Korea were flown in to compete for a prize pool of US$500,000 – the largest in FIFA eSports history – of which half was designated for the winner.

These are names to remember. Team captain hibidi has secured multiple accolades in his eight-year-long career, including gold and silver medals at the Singapore and Asia editions of the World Cyber Games. Amraan is proving to be the next talent to watch out for, having recently won the Southeast Asian Championships. Even Zarate is the top of his class, winning second place in a 1v1 SEA Championship back in 2014.

The trio’s journey ended at the semi-finals on Day 2, where they lost two sets against the eventual tournament winners, Team Korea. Singapore’s star rose once again when hibidi later took down the Europeans in a clean 3-0 sweep, cementing their third-place spot on the podium.

“We didn’t come to take part, we came to take over. We placed 3rd this time round but we’re always targeting gold. The best is yet to be,” said hibidi. He thanks his teammates and main sponsor, Razer, for their support.

Team Impunity’s victory comes in the midst of eSports’ meteoric rise, with governments and the mainstream media slowly acknowledging the “new” industry. Riot Games’ League of Legends attracted over 43 million unique viewers during the world championship finals, which may translate into a streaming rights deal worth US$200 million.

“2016 has been a great year for FIFA,” commented hibidi. “We’ve seen a big jump in our player base across the region, and that’s translated to bigger prize pools. I feel the only direction eSports is going is up.”

As someone who’s been competing since 2008, his advice to aspiring new players is thus: “Work hard and respect the grind. Talent alone is never enough.”

Edit 20 Dec, 11:42PM — An earlier version of this article mistakenly reported Amraan’s name as “Fernando Amraan”. It is now corrected to “Amraan Gani”.

Ade thinks there's nothing quite like a good game and a snug headcrab. He grew up with HIDEO KOJIMA's Metal Gear Solid, lives for RPGs, and is waiting for light guns to make their comeback.
Previous post Final Fantasy 30th Anniversary event dated for 31 Jan
Next post E-Blue E-Sports Stadium debuts at Malaysia’s Cyberfusion 2016