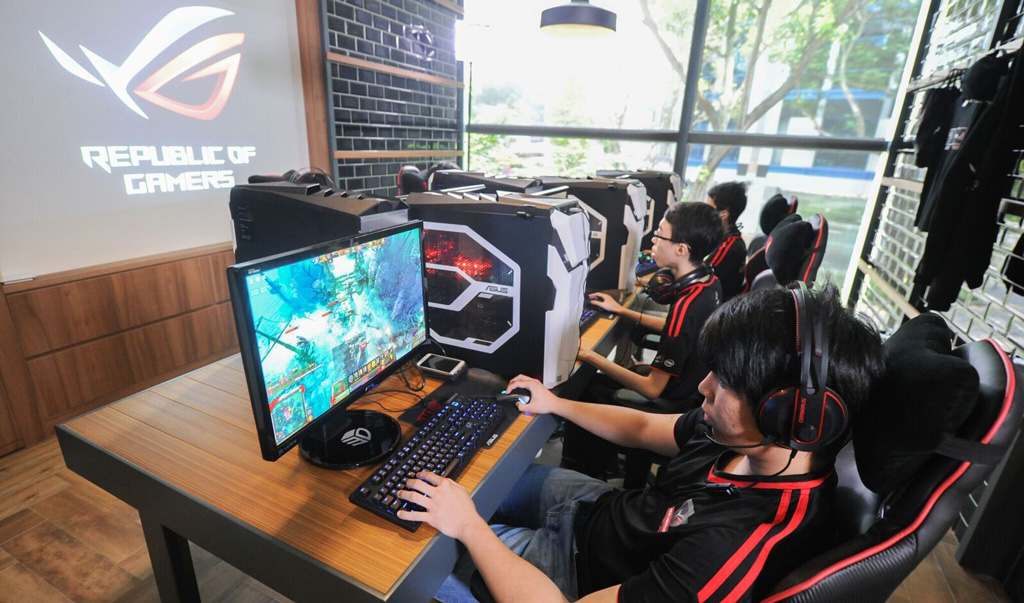 The ROG Masters APAC Qualifiers starts tomorrow in Manila, Philippines, all the way through Sunday. Earlier in the week we spoke to team One Time Wonder, who will be representing Singapore in the CS:GO finals. Today we caught up with DOTA 2 team Desert Tiger, winners of the DOTA 2 Singapore Final. Together with One Time Wonder, both teams will be looking to take top spots in the APAC Qualifiers this weekend.

GameAxis: How would you describe your team’s play style?
DS: We believe in a team fight with an emphasis on having the better late game.

GameAxis: Knowing the competition, what do you think are some strategies to watch out for?
DS: We would be very afraid of extreme early-game oriented lineups, since that is the focus of the current trend or meta for DOTA 2

GameAxis: Which team would you consider to be your rival?
DS: None of the teams, but that is only because we don’t have a history with any of the participating teams in the event. We are also considered as one of the more ‘unknown’ teams in the region. But this suits us better.

GameAxis: Now that you’ve come this far, what will be your greatest challenge entering the tournament?
DS: Our team is made up of people from all walks of life. We have our own commitments outside of the game, and coming together as a team has not been easy.

GameAxis: What can viewers expect from Desert Tiger?
DS: We are improving everyday and we do hope that our team will be able to play to a high level of standard.

GameAxis: Can you please share with us the equipment (e.g., keyboards, headsets, PC/laptops, etc) that you use for competitions?
DS: One of us uses an Armaggeddon headset and mice as its a local gaming brand and is also considered one of the cheaper gaming products in the market as compared to Razer. The rest of us go for a mix of what we can get either from playing at events or through a personal preference. We are also using custom DIY desktops at home.

GameAxis: How are your practice methods like, in preparation for a tournament?
DS: We have been training daily with a minimum five hours schedule for the past few weeks. We have also come up with four to five different strategies by going through our opponents’ games, and hopefully these will be good counters to their games.

GameAxis: If you could pick one player from a rival team in this tournament to come over to yours, who would that be?
DS: That’s tough. It would be hard to pick anyone from this tournament as teams from other part of Southeast Asia would usually have language barriers and playing cultures from us.

GameAxis: Do you feel that eSports in Singapore is better recognized now than before? What support/hope do you like to see for eSports in our region?
DS: Yes, it is better than before definitely. We hope players can get more recognition in the form of an allowance. This will allow us to invest in better equipment and also for travelling overseas tournaments.

GameAxis: Are there any other competitive games that your team is considering to expand to?
DS: Not at the moment.

We wish Desert Tiger the best of luck in the ROG Masters APAC Qualifiers, taking place tomorrow through Sunday in Manila, Philippines. Team GameAxis will be there to cover the event, so do come back for updates.

In the meantime, ASUS ROG Singapore have also conducted additional video interviews with Desert Tiger. You can watch them right below.

Aaron Yip is an industry veteran with more than 15 years of experience. When not spending time on his gaming PC and consoles, he can be found in Hyrule solving ungodly puzzles and collecting gems.
Previous post Injustice 2 is coming to PC after all, Steam beta tomorrow
Next post Dragon Ball FighterZ confirmed for 26 January 2018 launch date