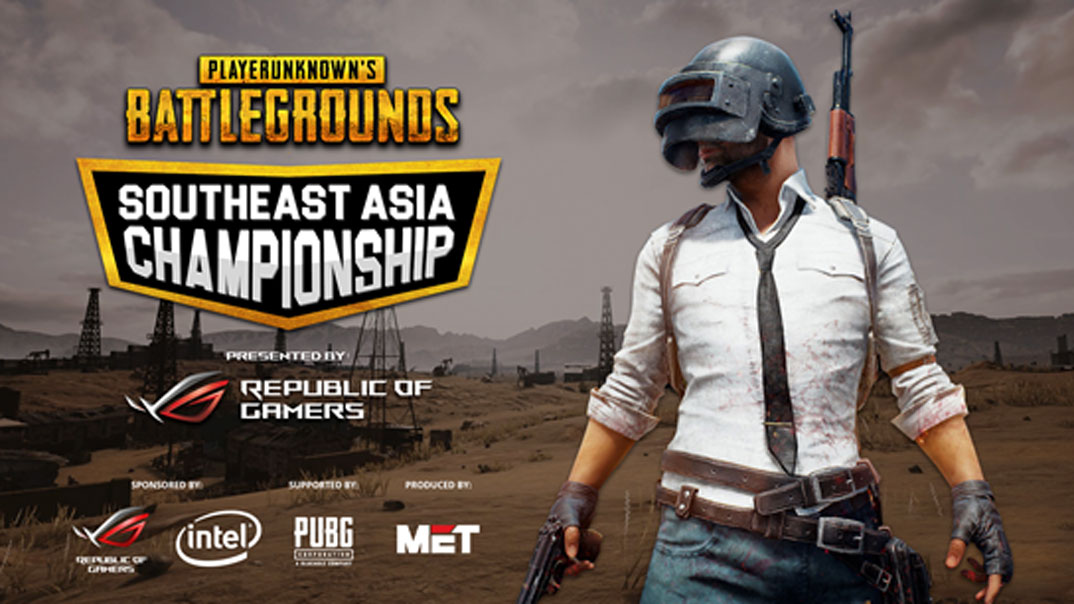 Are you a seasoned veteran of PlayerUnknown’s Battlegrounds (PUBG)? Do you crave the challenge of pitting your mettle against the best PUBG players in the region?

Or perhaps, maybe you’re not even that good at PUBG, but own a sick gaming rig that can run the game at the highest settings as well as at a silky-smooth 144hz refresh rate, and you’d like to see how much of an advantage it can give you over serious competitive players all over Southeast Asia?

If you answered “yes” to any of the above questions, then it’s time to assemble your squad and get your game faces on, as Mineski Events Team (MET) — in conjunction with Asus Republic of Gamers — have announced the first details and full tournament schedule for the official PUBG Southeast Asia Championship.

The SEA Championship will be played in the team format. To participate, players from each of the six eligible countries — Philippines, Indonesia, Malaysia, Singapore, Thailand and Vietnam — will have to form a squad of four members with other players in their respective countries.

These squads will then face their rivals on the national level in the qualifying stages between April 28 to June 10. The best-performing squads will then move on to compete in their respective National Finals in June. Do note that the qualifiers and national finals for Singapore and Malaysia are combined.

The top squads from each national qualifier will then be invited to the SEA regional grand finals in Thailand on June 23 and 24 where they will compete for the title of PUBG Southeast Asia Champions.

As a bonus, both the PUBG Southeast Asia Champions team and the Thailand national team will also be invited to participate in the PUBG Global Invitational in Berlin, slated to take place from July 25 to 29.

At press time, the registration links for the qualifiers have not yet gone live.

For updates on the PUBG Southeast Asia Championship, stay tuned to the MET Events page on Facebook as well as their official website.

Previous post Disney Japan turns Avengers: Infinity War into an old-school JRPG
Next post The collector’s edition for Marvel’s Spider-Man is a cool $229