The Olympic Council of Asia is embracing esports: FIFA 2017, MOBAs, and RTAs 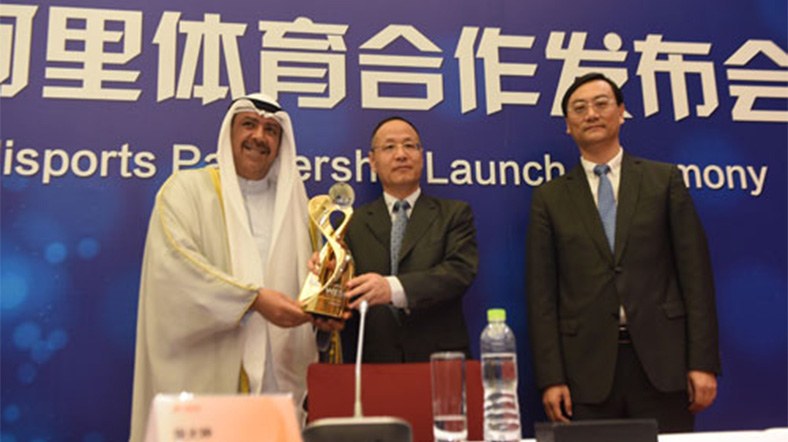 Esports has gained even more headway on the road to mainstream legitimization. On Monday, 17 April, the Olympic Council of Asia (OCA) announced a strategic partnership with China’s Alisports to turn esports into an official program by the 2022 Asian Games. While that’s still some time away, you can expect to see pro games showing up at sporting events as early as this year.

The news release (via ESPN) states that esports will be a demonstration event at the 5th Asian Indoor and Martial Arts Games in Turkmenistan this September. It’ll feature FIFA 2017 as well as “MOBA (Multiplayer Online Battle Arena) and RTA (Real Time Attack) gaming types.” That showcase will be followed-up by another demo at the 18th Asian Games in Indonesia next year.

For 2022’s 19th Asian Games in Huangzhou, China, the “video game phenomenon” will be elevated as an official medal sport.

“The Olympic Council of Asia has constantly been committed to the heritage, development, and improvement of Asian sports, and we are extremely pleased about the strategic partnership with Alisports.

We look forward to further collaboration with Alisports in regards to digital sports concepts along with sporting events.”

The implications are certainly huge, not only for esports and China’s gaming sector but also for the many aspiring pro gamers within the region. That includes Singapore, as we play catch-up to esports-friendly neighbors such as Malaysia, Vietnam, and the Philippines.

While the OCA didn’t explicitly state which MOBA games will be shown, it’s safe to assume that the massively popular Dota 2 and League of Legends are on the shortlist. It’ll be interesting to see whether the latter does get in, considering how Riot Games are owned by Alibaba Group rival Tencent.

What exactly “Real Time Attack” refers to is up in the air – it could mean StarCraft II (or its rejuvenated predecessor) just as much as it does Street Fighter V.

Either way, expect to see the esports naysayers coming out of the woodwork.

Ade thinks there's nothing quite like a good game and a snug headcrab. He grew up with HIDEO KOJIMA's Metal Gear Solid, lives for RPGs, and is waiting for light guns to make their comeback.
Previous post NVIDIA is running a Mass Effect: Andromeda screenshot competition
Next post First Look: LG G6 Smartphone