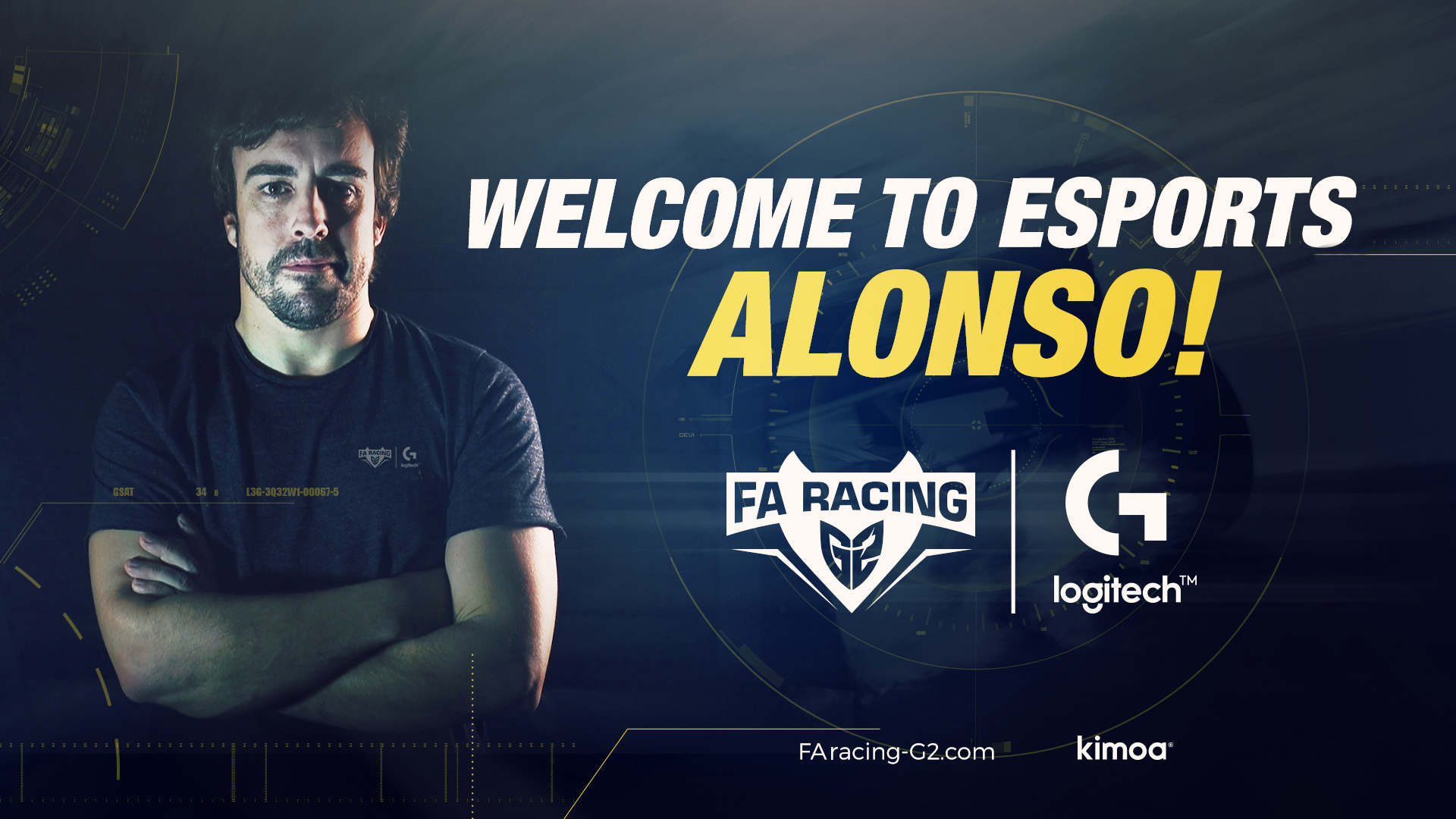 The team is the first in the world to partner with a Formula 1 champion – from the real-world tracks, not the Esports Series which debuted this year.

Fernando Alonso won the 2005 and 2006 World Drivers’ Championships while racing for Renault, notable not only for his young age but for ending Michael Schumacher’s five-year streak. The Spaniard is still active today, although he currently races for McLaren-Honda.

“Every Formula 1 driver is a gamer at heart,” said Fernando Alonso in a statement. “Competing on the virtual stage opens a vast amount of possibilities for young drivers that wouldn’t otherwise have a chance to get into racing. For the first time ever, fans are no longer just spectators but can take part in the game and maybe become real sim racers on my team”

Alonso’s comment on possibilities bring to mind Nissan’s GT Academy, where Gran Turismo drivers compete for a shot at a real-world racing career. High-profile cases include 2011 winner Jann Mardenborough, who has since stepped into Japanese Super Formula, and 2012 winner Wolfgang Reip who, in 2016, was acquired by Bentley.

G2 Esports is no slouch, either, seeing achievements in a spread of titles such as League of Legends, CS: GO, Hearthstone, and even Rocket League. Their teams encompass new territory such as Vainglory and PlayerUnknown’s Battlegrounds as well, with this arrangement being their entry into sim racing.

As for Logitech G, it’s hardly a surprise why they have a foot in: they’ve been making racing wheels for decades, culminating in a famous partnership with steering wheel creators MOMO back in 2001.

To round back to F1’s inaugural Esports Series: finalist Cem Bolukbasi is the first to sign up with Alonso’s team.

If you’re in Singapore, you may find like-minded enthusiasts at the Sim Racing Club.

Ade thinks there's nothing quite like a good game and a snug headcrab. He grew up with HIDEO KOJIMA's Metal Gear Solid, lives for RPGs, and is waiting for light guns to make their comeback.
Previous post The Dynasty Warriors live-action movie will star Louis Koo as Lu Bu
Next post GEXT 2017: Bringing esports closer to home