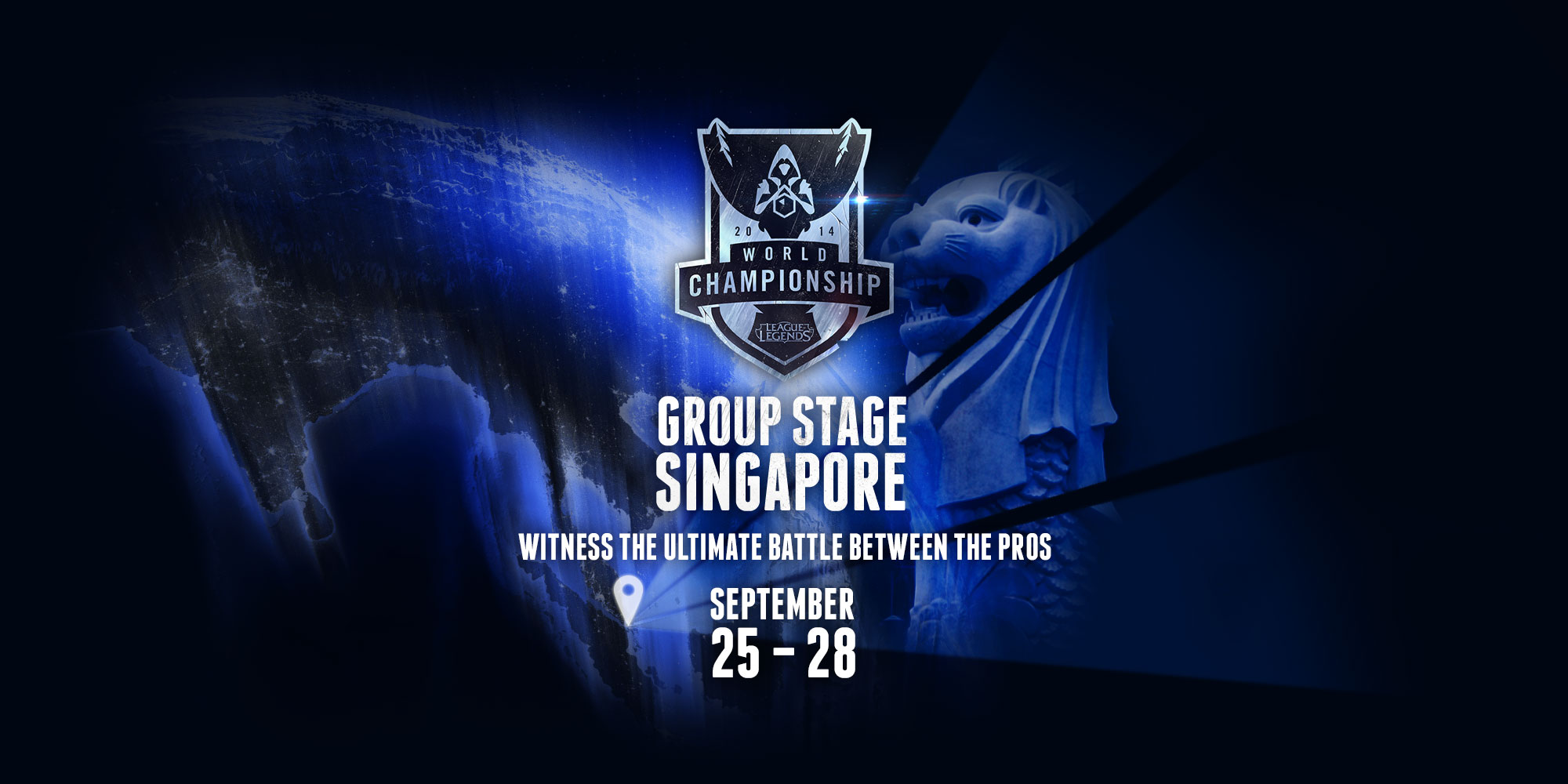 For fans of Riot Games’ League of Legends, today is a special mark on the calendar. Players and spectators around the globe are flying in for the League of Legends World Championship 2014 Group Stage, happening at our very own Singapore Expo this 25–28 September. It’s also the first time this multi-million dollar tournament has reached our shores.

It’s no exaggeration to call League of Legends titanic; the previous World Championship (known as “Worlds”) saw 32 million people tuning in over livestreaming platform Twitch, with concurrent viewership reaching 8.5 million. The prize pool itself came in at USD 2,000,000 (SGD 2.5M). Professional gaming is turning into a serious business, and they’ve got the numbers to prove it.

The Singapore event will determine which teams from Groups C and D advance to the quarterfinals in South Korea. There’ll definitely be strong support for the North American (Cloud9, LMQ) and European (Fnatic, Alliance) teams, in hopes of them pushing through and facing the many Asian powerhouses.

If you’re curious and want to know more, Riot’s got you covered. At 4pm there’ll be The Worlds Preview Show, telling you everything you need to know before the event starts proper at 5pm. Click here for the tournament’s full schedule.

Videos of Groups A and B in Taiwan earlier this month are also available online, should you have a little more time on your hands. That same link will eventually see future matches uploaded.

Honestly though, like any group event, the tournament is best experienced live – no monitor or speaker can convey the excitement of a roaring crowd! With the Singapore Expo only a few short train ride away, you definitely should make a visit on at least one of the days. Tickets are available through SISTIC (SGD 25–65), which also entitle you to some swag. If you’ve got a larger wallet then let Riot take care of it with some official merchandise.

Are you a visitor in need of directions? Check out this link or simply ask a local where the Singapore Expo is. Once there you’ll find the venue, Hall 4, in no time. We’re experiencing some haze and have wickedly humid weather, so pack some water bottles with you!

Ade thinks there's nothing quite like a good game and a snug headcrab. He grew up with HIDEO KOJIMA's Metal Gear Solid, lives for RPGs, and is waiting for light guns to make their comeback.
Previous post Xbox One Launched in Singapore
Next post Review: Akiba's Trip (PS3)