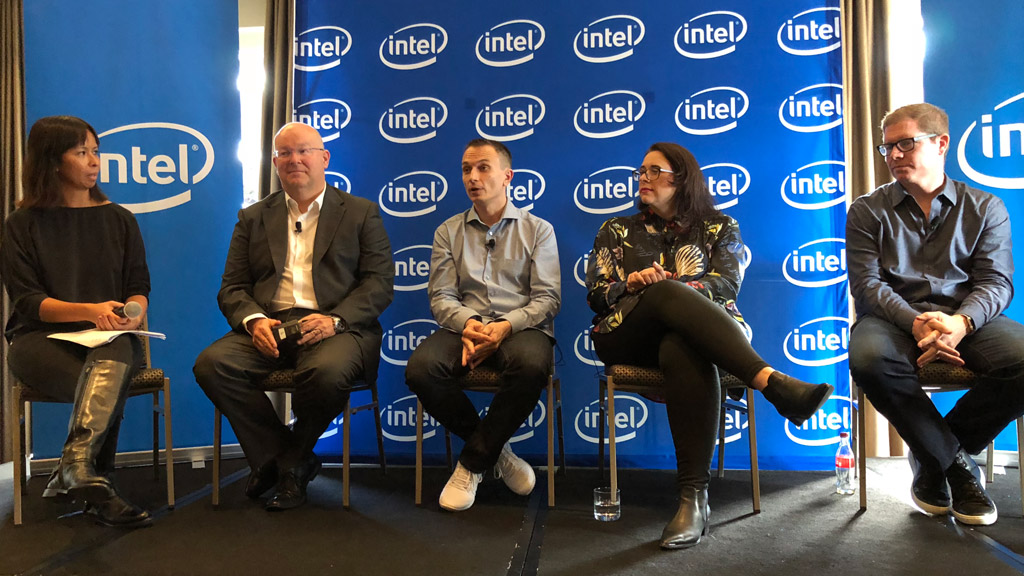 Last weekend’s IEM Sydney 2018 saw FaZe Clan snatching the CS:GO championship in an assured 3–0 against Astralis. Everything that made esports what it is was there: an exciting contest of skill, a roaring audience, and an outpouring of emotions on stage.

To step back from it all, the event was yet another successful score for Intel Extreme Masters, a competition that has been kicking around the globe for more than a decade. Here are some of the highlights from an industry panel composed of experts and veterans.

“[IEM] was designed as a world tour that visited multiple cities in multiple different countries. Along the years we’ve gone to places like Canada, Brazil, Singapore, Taiwan, China, all over Europe, and for the last two years we’ve been visiting Australia,” explained Michal Blicharz, the vice-president of Pro Gaming at ESL and a 20-year esports veteran.

“Esports and technology, which are kind of interwoven, have been changing for the last— Forever, actually, from the very start. And Intel Extreme Masters has been changing and adapting. At the very beginning Intel Extreme Masters was a tiny little sideshow at Comic-Cons and gaming conventions. And now it’s actually gotten to the point where next to the esports competition — which is in a stadium and sells thousands of tickets and millions of people are watching it worldwide — we have a tradeshow component which is now the sideshow to esports.”

“I think some of the reasons why we’ve been in that global partnership with ESL for so long is because we do feel so passionately about technology’s role in the sport of game,” continued Brenda Lynch, Intel’s global industry strategist for esports and gaming.

“Our products are involved and interwoven through in every sort of step along the way,” added Lee Machen, the general manager for gaming product sales at Intel. “The competition happens on PC [and it’s primarily viewed on the PC as well. And the viewers are also playing some of those games.

“I can’t think of any better place for us to be engaged than in competitions like the ones that we’re able to be a part of in conjunction with ESL.”

“Australia has always punched above its weight when it comes to producing great teams, great players, some of the greatest personalities in all of esports,” said Blicharz.

“Intel Extreme Masters is a global tour. [Australia] gives us a unique advantage of covering, let’s call it the Asian airwaves, with a proper time zone. So those guys watch their premium content in a comfortable time but at the same time, the people that really amplify the event on social media, which is the visitors and thousands of people that come here, they’re gonna talk about the event in English. And the global esports language is English.”

Why non-tech brands are dipping into esports

“I think the audience is so attractive to all brands,” said Scott Wenkart, managing director of Showdown, Australia and New Zealand’s exclusive distributor for Twitch.

“You are talking about traditionally a more millennial audience that may be around sort of the 18 to 33-year-old age group. These guys and girls are very hard to reach with traditional media. They famously use ad-blockers as well. So I think, especially with your big brands, traditional sports partnerships, you might have a flattening out or even decline. So where are we moving next? From that point of view, Twitch is an amazing way to reach those millennials.”

“It makes perfect sense because young people, the sports audience, is aging,” chimed in Blicharz. “The average age of people that consume traditional sports is growing and esports is, you know, everyone’s entertainment these days. All the kids are playing video games and all the parents now play.

“I play video games with my kids and it’s become very natural. It’s almost— It’s starting to become actually a pastime for father and son, father and daughter, to play video games. So it’s very natural for those brands that don’t just create technology products but also brands like Gillette or soft drink companies to come in and advertise there.”

“They should definitely be careful because this space if very unforgiving,” warned Blicharz. “Authenticity is very important. Esports is treated like it’s more of a community.”

“Now that people can control their audiences in the way they can with their Instagram, their Twitch followings and so on, they’re more powerful than ever,” explored Wenkart. “I think a big part of the Twitch ecosystem is— about 20,000 partners on the platform. There’s about 200,000 affiliates on the platform. All of these guys are ready to work with brands. Some of them work with the brands in a really big-scale way. Some of them are more around affiliates and have links on their channels and so on.

“So I think affiliate marketing is so important to us in our industry. I think we need to just make sure that we find the right partners to work with our brands, to make sure they’re doing it for the right reasons. And then hopefully they have a great asset like Twitch. It basically drives them and scales their opportunity.”

“I would argue that depending on your definition of mainstream, esports and watching esports is mainstream already,” said Machen.

“I don’t think we’re to the point yet where people of all ages gather around to watch it together like they do, I don’t know, a big American football game or something like that. But I think in a certain age range, it’s already the primary way that people consume content and get their entertainment. And I think it’s— Like Michal pointed out, as that population grows, I don’t think their tastes are necessarily going to change. Right? I think you just get a bigger portion of the population that’s consuming entertainment in that way.”

Showing esports to an Olympics audience

“So Intel’s a top sponsor in the Olympics and we actually have a sponsorship where we’re showing a lot of different technology use cases as part of what we’re doing with the International Olympic Committee,” began Lynch. “But they were very much interested in esports as a topic overall and as a category overall, and so we partnered with ESL to produce StarCraft.

“What was really interesting about doing that is that it is the blend of this very much older traditional audience who watches the Olympics today; it isn’t a younger demographic that’s tuning in to watch those traditional sports necessarily. And so this was a bit of an experiment that we did together with ESL to try to see if it would work in the test model.”

“I think what was interesting is we actually did see more folks intrigued about what was going on, ‘Tell me about Starcraft. What is Starcraft? Why are people watching this game?’”