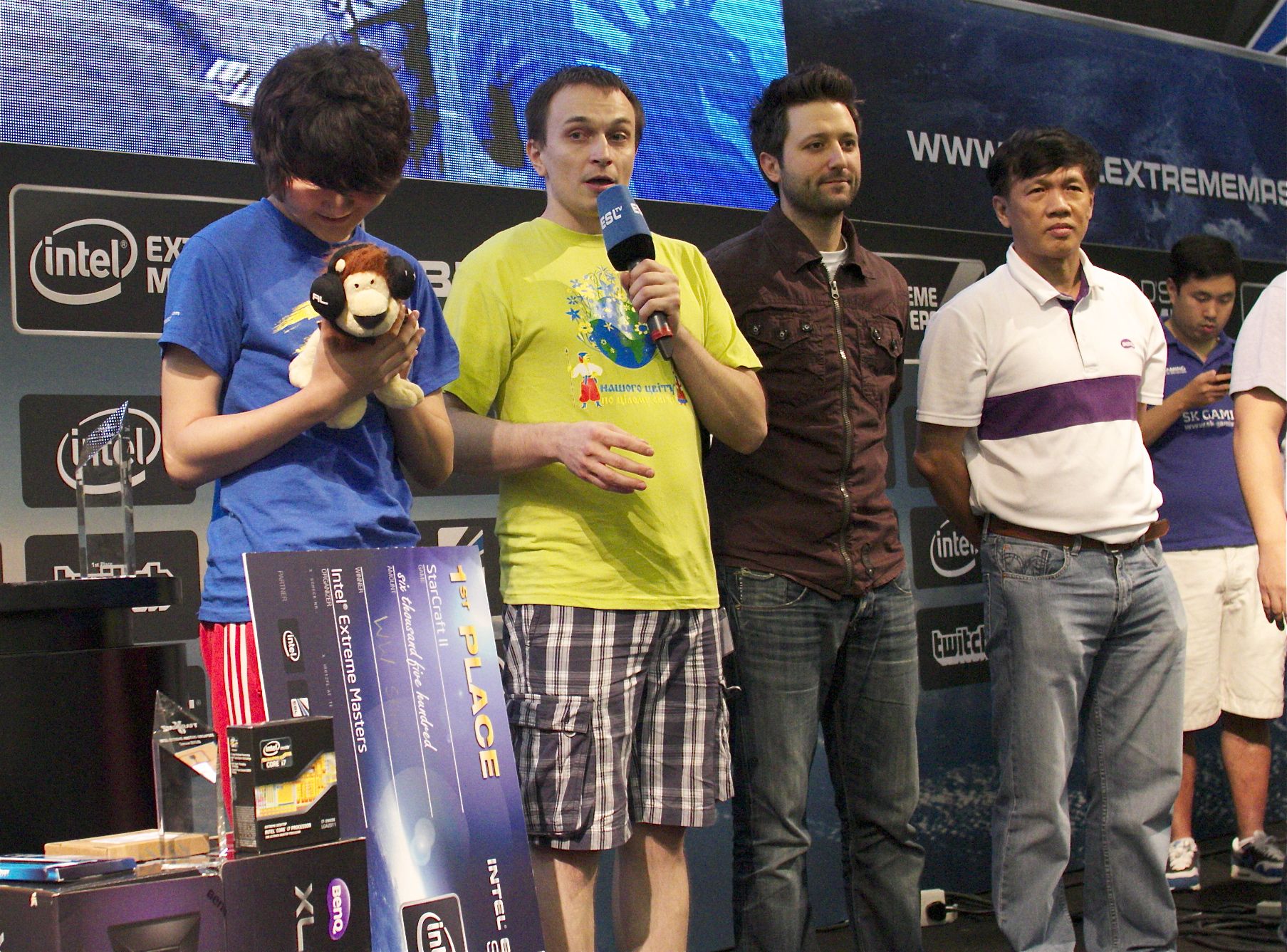 RGB: So why Singapore?

Carmac: The Intel Extreme Masters traditionally visits six cities in a season. We typically visit a few core territories, for example Germany and China, and North and South America.

Some events we treat as us bringing the flag of e-Sports to a new country or territory, planting it there, and letting the communities enjoy it, because our general belief is that it’s our duty to invest into e-Sports globally.

Some companies stick to their core territory, where they can always succeed, and it’s the right approach for them because there are always good returns in terms of their business. For us, we like to think that if we go to places like South America or Southeast Asia, and some other places which I can’t speak of because of our plans for the next season, we’ll be able to help e-Sports to grow globally.

Because obviously if all events are in Europe, sooner or later Southeast Asia will be so far away from other players in terms of skill that it’s just going to be impossible (for them to compete). But (so far) a couple of players here have done really well, and a couple of teams might get noticed, might get sponsored, might fly to another event somewhere else. And it might turn out that they have enough talent that they might compete on a world’s stage after all.

RGB: So does that mean ESL is going to make the SEA region a regular stop on future tours?

Carmac: Not necessarily. I can’t make any promises. It always depends on what kind of budget each season has. At the same time, I personally am really enjoying my time in Singapore. It’s my favourite place within Asia, and I’ve been to Taiwan and China. I really like Singapore because first of all it’s got great food, and second it’s really clean and it’s really organised. In Asia you have a slight degree of chaos, and in Singapore you don’t see any of it.

RGB: I heard that ESL had very little time to set this all up. How long were you given to do this awesome setup?

Carmac: So on Monday at 10pm (Sept 19) there was still a food market here. And we were allowed inside on Tuesday morning (Sep 20) at 8am and it was completely bare, there was nothing here at all. And we finished the setup around 2-3am on Wednesday (Sep 21) and we started the tournament on Thursday, so everyone was tired and everyone was jetlagged and everyone was making mistakes. But hopefully this was not too evident in the production.

RGB: I think it’s one of the most amazing e-Sports setups we’ve ever seen in Singapore, at least since WCG 2005

The stage at IEM Singapore RGB: Do you think you could give a ballpark figure as to how much it would’ve cost to set this all up?

RGB: I understand that this is actually pretty small compared to other IEM tour stops. If you had to make a comparison, with IEM Singapore being a Zergling, what would other tour stops be like?

Carmac: I wouldn’t call it a Zergling, I’d call it more of a Roach. Tough and solid, and does the job, whereas I would say Gamescom was an Ultralisk, or maybe a pack of Ultralisks. Two Ultralisks, because we had two stages at Gamescom.

View of the Gamescom stage, from fullglassemptyclip.com

RGB: How does the crowd at IEM Singapore compare to those in other countries?

Carmac: In the crowd here I see people who are knowledgable about e-Sports, and who appreciate it as well. Many conventions – because we typically hold Intel Extreme Masters at conventions – you have many people just randomly sitting around and waiting and just watching and not reacting. While this crowd isn’t as enthusiastic as the Brazil crowd we had in February, who were doing the Mexican wave and really shouting, really screaming, I can see this crowd is a really intelligent crowd and knows the players and appreciates good plays as well.

RGB: Do you think it actually matters where you host the tournament since you stream it online to an international audience?

Carmac: Yes it does, because first of all the quality of the audience is important and you can feel it on the livestream when you’re watching at home. It bleeds onto the stream somehow, and you can feel the atmosphere of the event. That’s one thing. Another thing is also the issue of time-zones.

I’m not going to hide, we’re not experts in Asian e-Sports compared to how we are in Europe. So every event we do in Europe will always be more successful in terms of streaming than an event somewhere in South or North America or in Asia.

That’s what I meant when I mentioned that other tournaments stick to their home turf and they maximise their benefits there. If we put all of our budget and effort into European events, we wouldn’t be talking about twelve million viewers in a season. We’d probably be talking about eighteen million.

However, as I said, it’s really important for us to go to new territories and spread e-Sports.

RGB: Do you think government support is very important for the growth of a healthy e-Sports ecosystem in the country?

Carmac: Certainly gamers should not lay down and die and wait for somebody to save the day. They should take matters into their own hands, but I don’t want to speak about politics because I know very little about it. I don’t think many countries actually get government support, and they (still) get by. The problem – if there is one – doesn’t necessarily lie there.

RGB: So what do you think a country’s gamers can do to push e-sports?

Carmac: When an event like Intel Extreme Masters comes to Singapore, rise up, show up, and make it amazing. And then hope that somebody will notice. If not, make them notice it. It’s all up to the Singapore community. That’s all I can say. Rise up, show up, get yourself noticed, make a lot of noise, and make sure that somebody who sees that event will think: ‘hmm, we want another one like this one’.

This is why we are here. To give you guys this chance to be noticed.