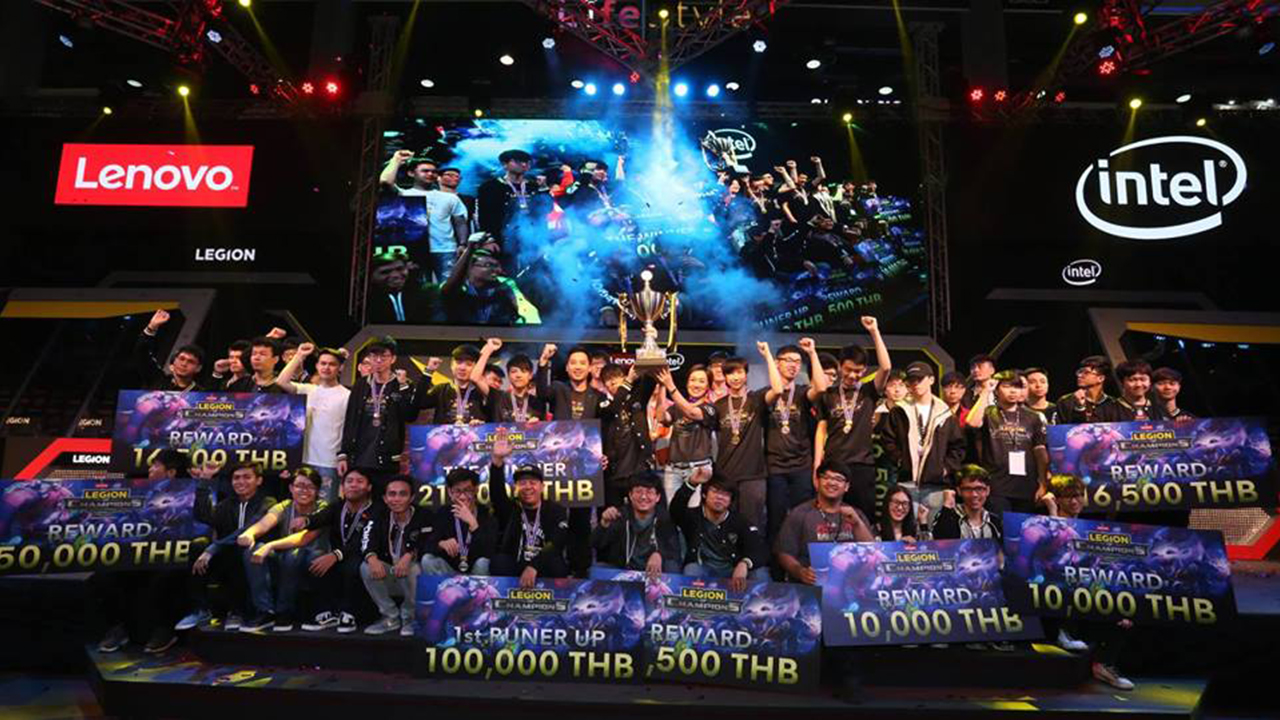 While the Dota 2 scene turned its gaze to ESL One Genting 2018 in Malaysia, League of Legends players were busy duking things out at the Lenovo Legion of Champions Series II in Thailand. Drawing teams from across Asia Pacific, the grand finals on January 28 saw Hong Kong’s Argma emerging with the championship trophy and 210,000 THB (S$8,700) in prize money.

The esports boom has seen plenty of companies building a regional presence, including LoC partners Lenovo and Intel. After the tournament’s successful debut last year, which also concluded in Bangkok, Thailand, the organizers decided to open Series II to include Hong Kong and Taiwan.

The final results of the three-day tournament are as follows:

The remaining teams were Sovereign (Singapore), Insurgent (Thailand), and Headhunters (Indonesia), who each walked away with 6,500 THB.

“Asia is at the center of the rise of esports,” commented Ivan Cheung, executive director and regional general manager for Lenovo Asia Pacific, at the tournament’s kick-off. “While esports is a key driver of PC gaming growth in the region, it is more than that. It has brought disruption to the technology industry and beyond by inventing new meanings to gaming. Increasingly, esports is recognized as a professional sport, just like basketball and football. As such, Lenovo has hosted Legion of Champions II, providing a battle field for top gaming players to shine, as well as letting more gaming enthusiasts be part of a growingly influential community.”

Lenovo’s Legion of Champions joins peers such as the Acer Predator League, Zotac Cup Premier, ASUS ROG Masters, and Nvidia GEXT in developing the regional esports scene, going hand-in-hand with premiere tournaments such as the aforementioned ESL Genting One. They’re a positive boost for the professional and amateur teams here, and they may just continue to stick around. Newzoo analysts state that “esports’ growth could accelerate and reach $2.4 billion in 2020 in an optimistic scenario, almost $1 billion higher than the base scenario of $1.5 billion.”

There’s a four-hour VOD up on Facebook for those curious (which includes a brief appearance by BNK48), although the commentary is only in Thai.

Ade thinks there's nothing quite like a good game and a snug headcrab. He grew up with HIDEO KOJIMA's Metal Gear Solid, lives for RPGs, and is waiting for light guns to make their comeback.
Previous post Singapore-made TurtlePop: Journey to Freedom coming to Nintendo Switch in March 2018
Next post Red Dead Redemption 2 pushed to 26 October