Heroes of the Storm SEA Championship Announced, Qualifiers in June 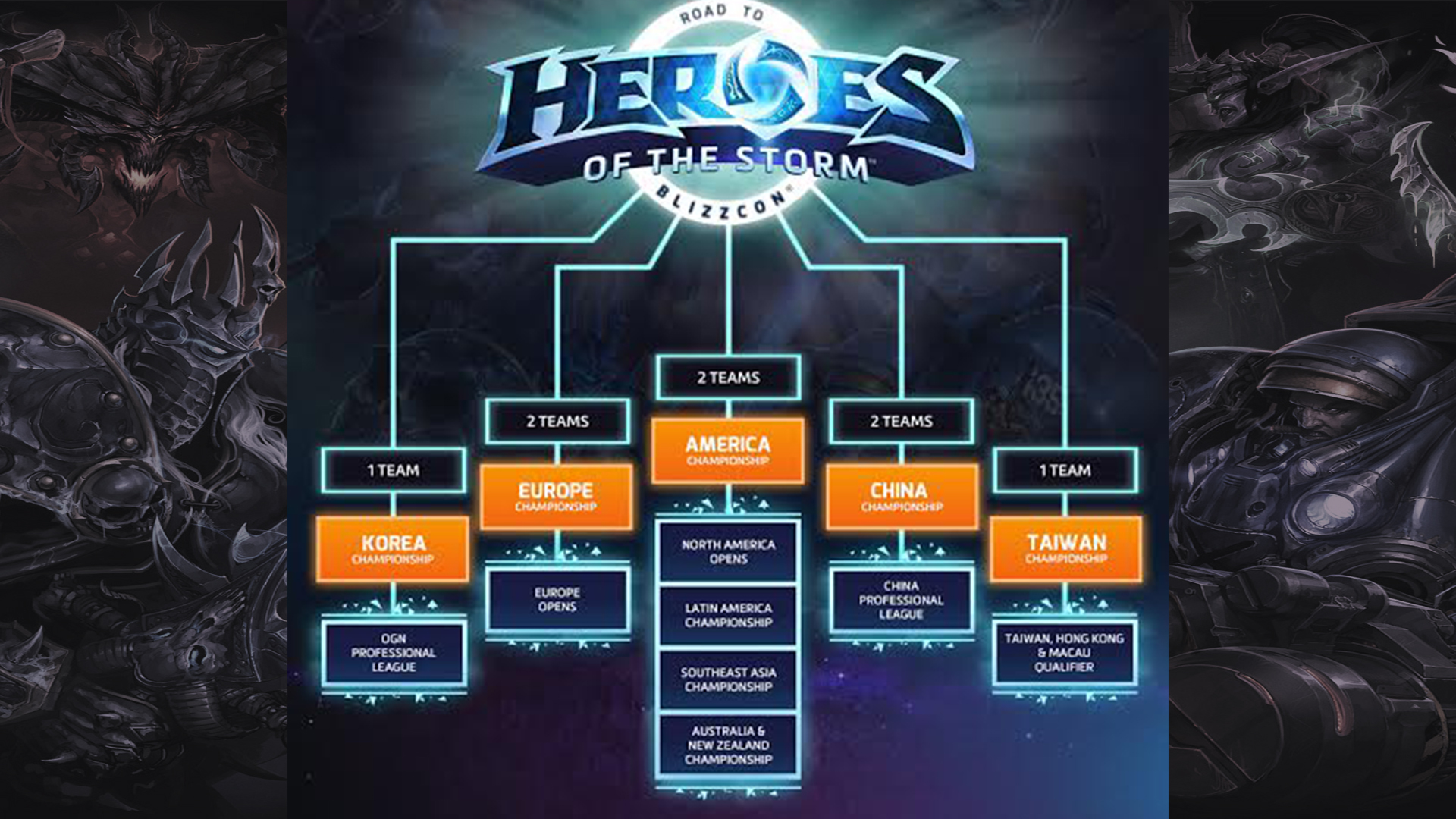 “We’re excited to kick off Blizzard’s first-ever Heroes of the Storm global tournament series, and we’re looking forward to seeing all of the action as teams battle for a chance to compete at BlizzCon,” said Mike Morhaime, CEO and cofounder of Blizzard Entertainment. “Best of luck to all of the skilled and talented competitive gamers in Southeast Asia.”

Singapore, Malaysia, Philippines and Thailand will each run their own series of qualifiers leading up to a national finals. The top team from each country will then compete for the title of SEA’s Champion, advancing to the Americas Championship where only the top two teams can qualify for the final stretch: the World Championship at BlizzCon 2015.

For brevity we’ll focus on Singapore but the full details can be found over at the official site.

Each Offline Qualifier will reward the top two teams with SG$1,000 and $500 respectively, in addition to a spot at the National Finals. These eight finalists are all entitled to a portion of the $15,000 prize pool, so even if a team comes in last they’re still going home with an extra $500.

The Regional Grand Finals in Bangkok, Thailand will have its own US$40,000 to distribute among the top four teams. All in all there’s lots of money to be had for a game that officially hasn’t even released yet.

Flights and accommodation costs will be covered for those that qualify for the SEA Championship in Thailand, as well as the subsequent tournaments in USA.

With that out of the way, aspiring teams should spend some time reading the rules regarding matches, eligibility, and conduct. Do note that players are allowed to bring their own peripherals and use a third-party voice-chat service.

For the record, Alienware is the main sponsor while Razer is a peripherals sponsor for this SEA Championship.

Even if you have no plans on competing, make a trip down to Oasis Cybercafe for the first qualifier on 6 June anyway – Asiasoft will be holding a small celebration for the game’s official launch.

Ade thinks there's nothing quite like a good game and a snug headcrab. He grew up with HIDEO KOJIMA's Metal Gear Solid, lives for RPGs, and is waiting for light guns to make their comeback.
Previous post Plunder Oceans With Civilization: Beyond Earth – Rising Tide [Updated]
Next post The Hands and Minds Behind RESPAWN! A Webcomic