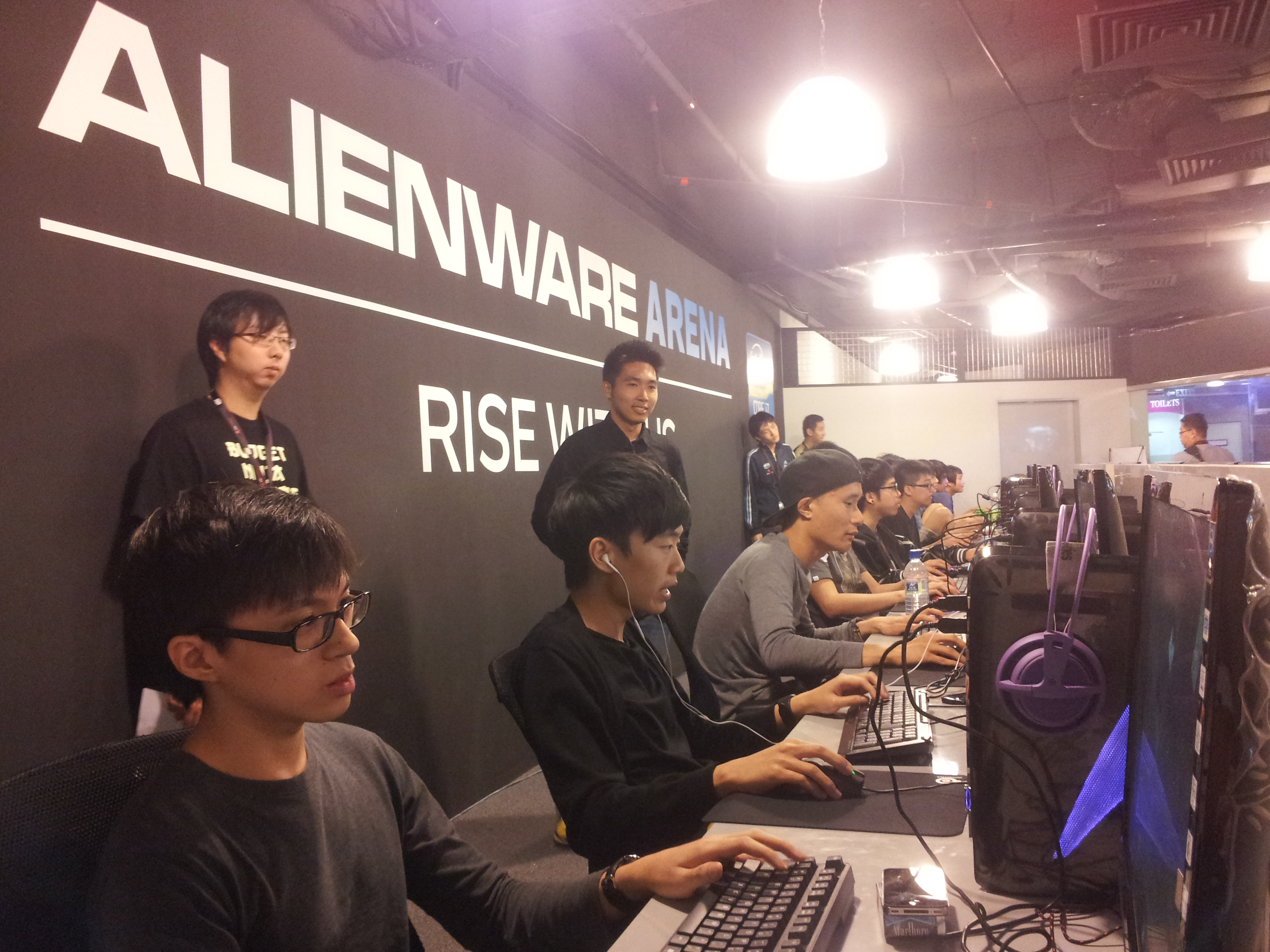 The Flash E-Sports Dota 2 League’s open tournament concluded yesterday, after drawing a record-breaking crowd of over 400 players and spectators into the Lucky Chinatown Alienware Arena in Singapore.

As the first Dota 2 league competition to be organised in Singapore, the 64-team tournament had been overbooked within days of its launch. While the signups remained capped at 64 in spite of over 100 teams applying, it appears that might have been too many teams for a single day as well. Organisers Flash E-Sports said they had a total of 20 marshals just to get through Day 1’s brackets. Additional sleuthing on the league’s website shows that the Open category for FD2L Season 2 will be capped at 32 teams.

Games for the weekend were played in a best-of-three single elimination format, with hot favourites Team Zenith picking up first place. Hot on their heels in second place were First Departure, a team that had managed to keep Zenith in a stranglehold during their first face-off of the day. Armaggeddon.fAze beat off Team DsD to take third place. Zenith walked away with a S$300 cash pot and five Steam Wallets worth US$20, while First Departure and Armaggeddon.fAze took home S$200 and S$100 respectively.

However, the top three teams aren’t the only winners of the weekend. The top 16 teams from the FD2L Open category have qualified for next Saturday’s Amateur League, held at the same venue. From there, the top eight teams will continue into Sunday’s Professional League. Feb 3 2013, Sunday, will also be the coronation of the FD2L’s best shoutcaster from the shoutcasting competition.

This is the first competitive event Flash E-Sports has produced in over two years. Their first foray into event organising was at the Singapore GameFest 2010.