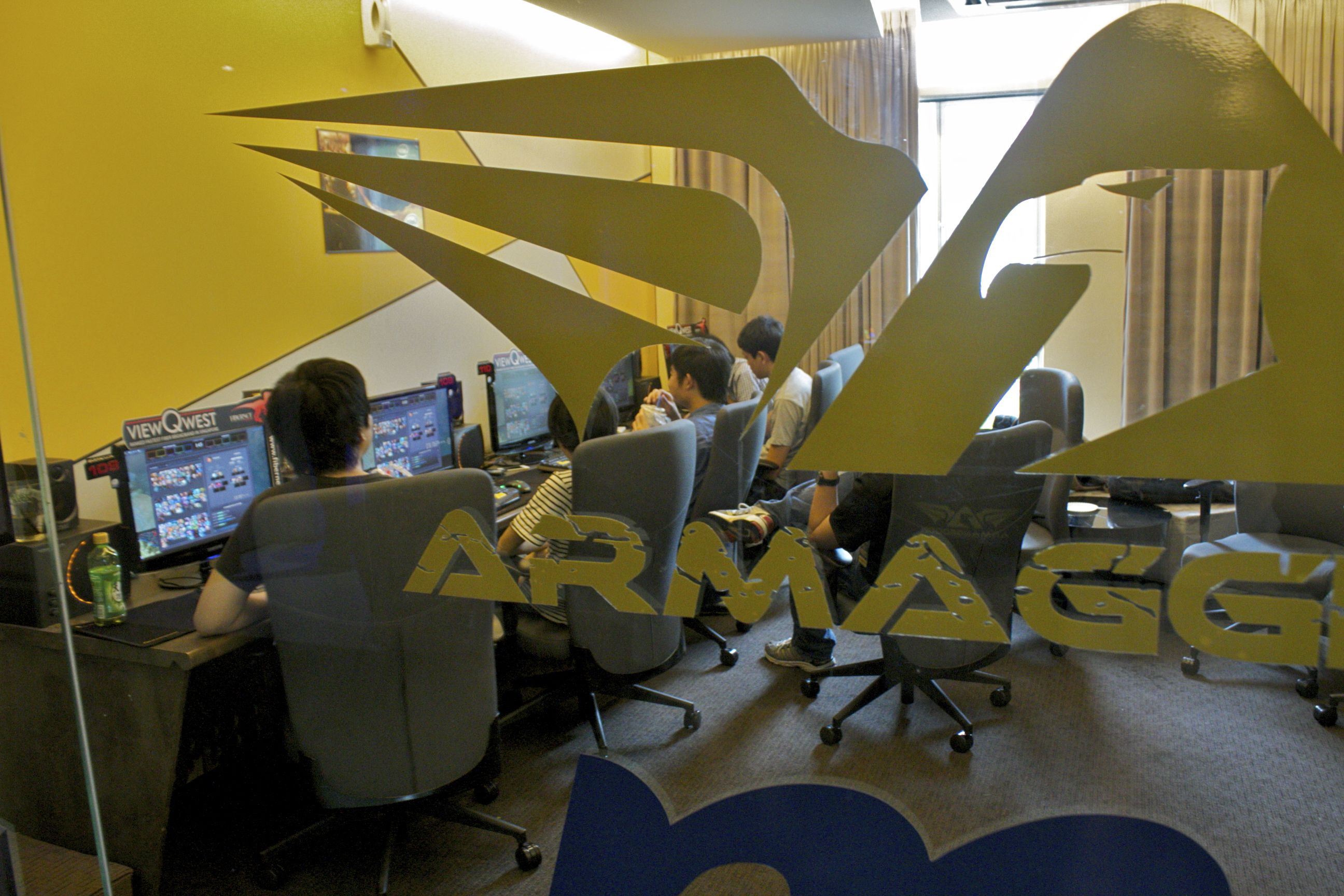 Behind them, ringing in at second place, were team Harrosh. Both First Departure and Harrosh will be representing Singapore at the Grand Slam Asia finals at the IT Show this coming weekend.

Unlike most tournaments, the grand prize offered at the Grand Slam Asia Dota 2 tournament is not just a cash pot. The winning team will get to sign a contract tying them up with a myriad of sponsors. It’s a great step towards growing the stagnating e-sports scene in Singapore, but is it a step that the local community is ready to take?

MOBA players in Singapore are well known to be mercenary, with teams constantly breaking up and re-forming. Third place winners of the weekend’s Grand Slam Asia Singapore qualifiers, team Genesis, said they had only played together for two weeks prior to the competition, and had met each other in the flesh for the first time just a week ago.

One wonders if the sponsorship prize, coveted by many, will go to a team that will stay together for the length of it.

First Departure – captained by Meracle, previously of the Flash.Dota2 team – is approximately seven months old. It first cemented itself as a mainstay in the local Dota 2 scene after it finished closely behind Zenith in the Flash Dota 2 League Season 1.

Catch the rest of Asia’s champions in action at the Marina Bay Sands IT Show this weekend!