FD2L Shoutcasting Contest: The Skinny On The Casters Pt 2 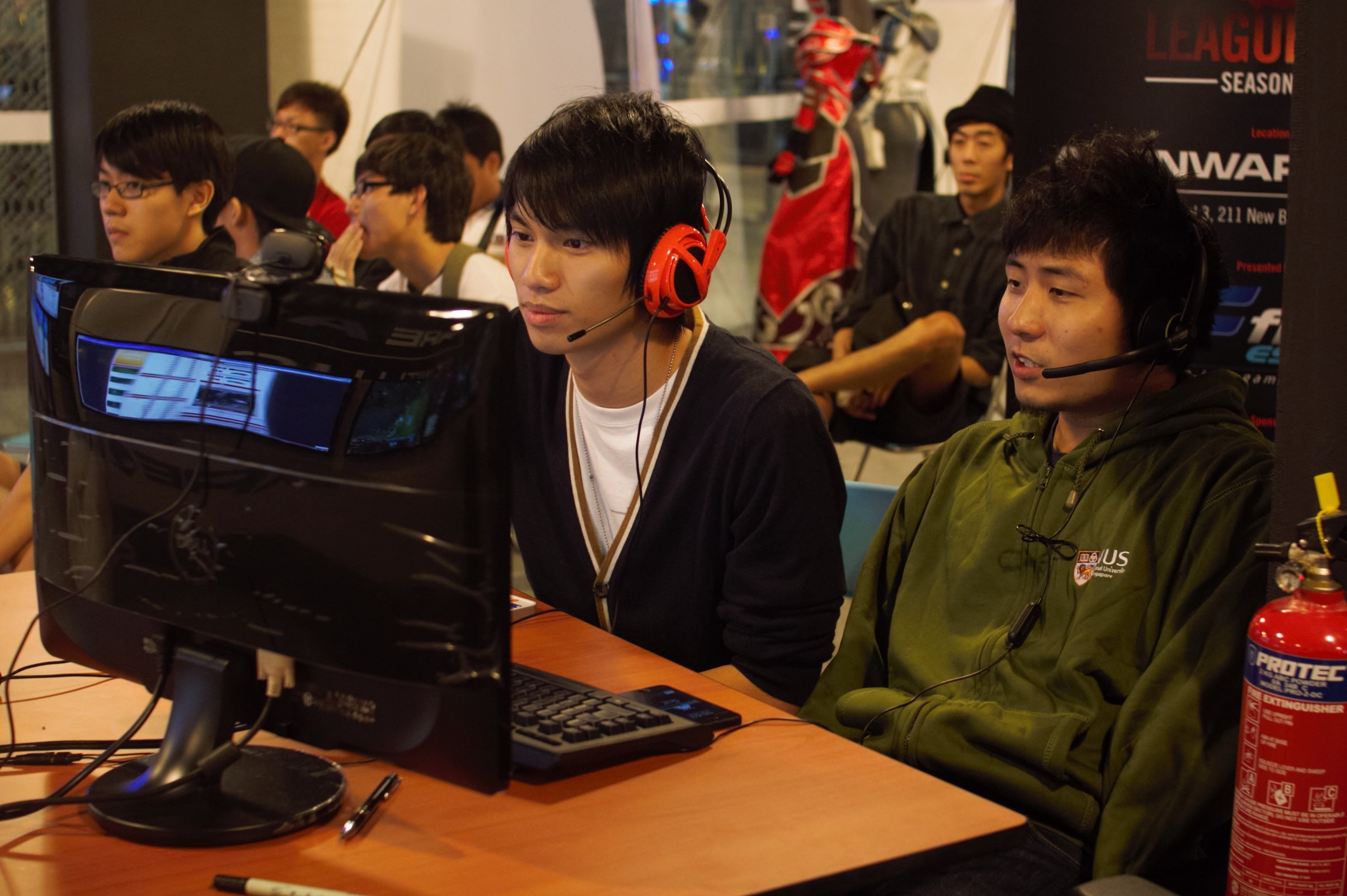 At the Alienware Arena today we were surprised to find out that three of the five casters we had yet to speak to had pulled out of the shoutcasting contest going on concurrently with the Flash Dota 2 Amateur League. mephisto50, FTW.CoCky and WaiYanHtaing had dropped out of the competition and vanished from the battlefield. We still had two casters to speak to, however.

Lim Lyn-Feng ‘Lysander Xonora’ is a 20 year old communications student in a local polytechnic, and is currently second in running for the Twitch.tv contract Flash is offering to the winning shoutcaster. This is the well-spoken youth’s first time casting Dota 2. He decided to try his hand at casting only after watching The International 2, as he felt “casters bring out the energy of the matches.” Toby ‘TobiWan’ Dawson is one of his two shoutcasting heroes – he named the other as ‘Ayesee’. Lysander feels his strength is in providing detailed analysis of each game.

There was also Tan Wei Sheng ‘squarish’. Though this caster’s cutesy nickname reminds us of a particular Pokemon, he is anything but that. The 25 year old university student decided to give casting a go because he felt it would let him watch Dota 2 at the same time, “killing two birds with one stone”. He really likes Dota 2, and said to us: “People want to see the Singapore scene blow up. If I can contribute to that, why not?”

Tomorrow is the final day of the Flash Dota 2 League shoutcasting contest, so don’t forget to vote for your favourite casters here! Replays of the FD2L Amateur category tournament are on Flash E-Sports’s Twitch page.