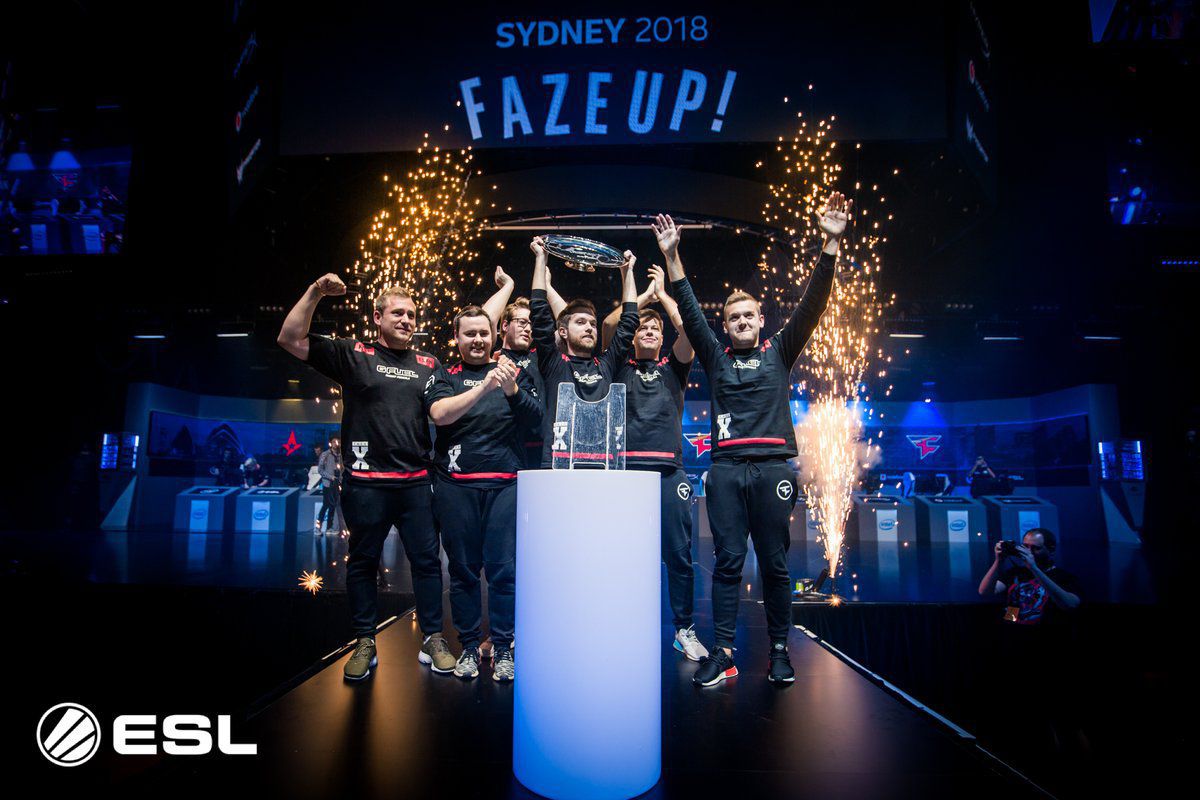 FaZe won the IEM Sydney grand finals over the all-Danish team, Astralis, in three maps. Not an easy feat in a best-of-five format. FaZe picked Cache and Train, while Astralis chose Overpass and Inferno, with Dust II being the leftover decider map.

The tournament has been an outstanding one, both for the quality of the matches but also the liveliness of the crowd, who in some moments stole the show. Incredibly FaZe stunned Astralis, taking it 3-0 and despite the maps being close, looked assured throughout. Ladislav “GuardiaN” Kovaçs took home the MVP award.

Astralis on the other hand have looked near flawless on their route to the final, only losing a single map, making for a very tasty championship match up. After going down 2-0 in very tight matches, the team showed showed resilience on Train with a 10-0 start led by gla1ve, but FaZe still found themselves back in the game just before and during their T side. Once Astralis took their turn on the T side, they struggled to gain the momentum that they previously had earlier in the map. Even the most clinical executes by Astralis were stopped by the well-fortified FaZe defense, which held the line until the comeback was complete at 16-14. NiKo and xizt also claimed a few multi-kills before ending the series 3-0.

The match is FaZe Clan’s third grand final of 2018, but they needed to go one better as they have lost the two previous. It looks like they finally did it, and bagging the $250,000 cash prize for their effort.

We are Team GameAxis. And we will play games for food.
Previous post Booth highlights at the Intel Extreme Masters Sydney 2018
Next post Grab discounted TVs and more at IT Expo 2018, 11-13 May at Singapore Expo