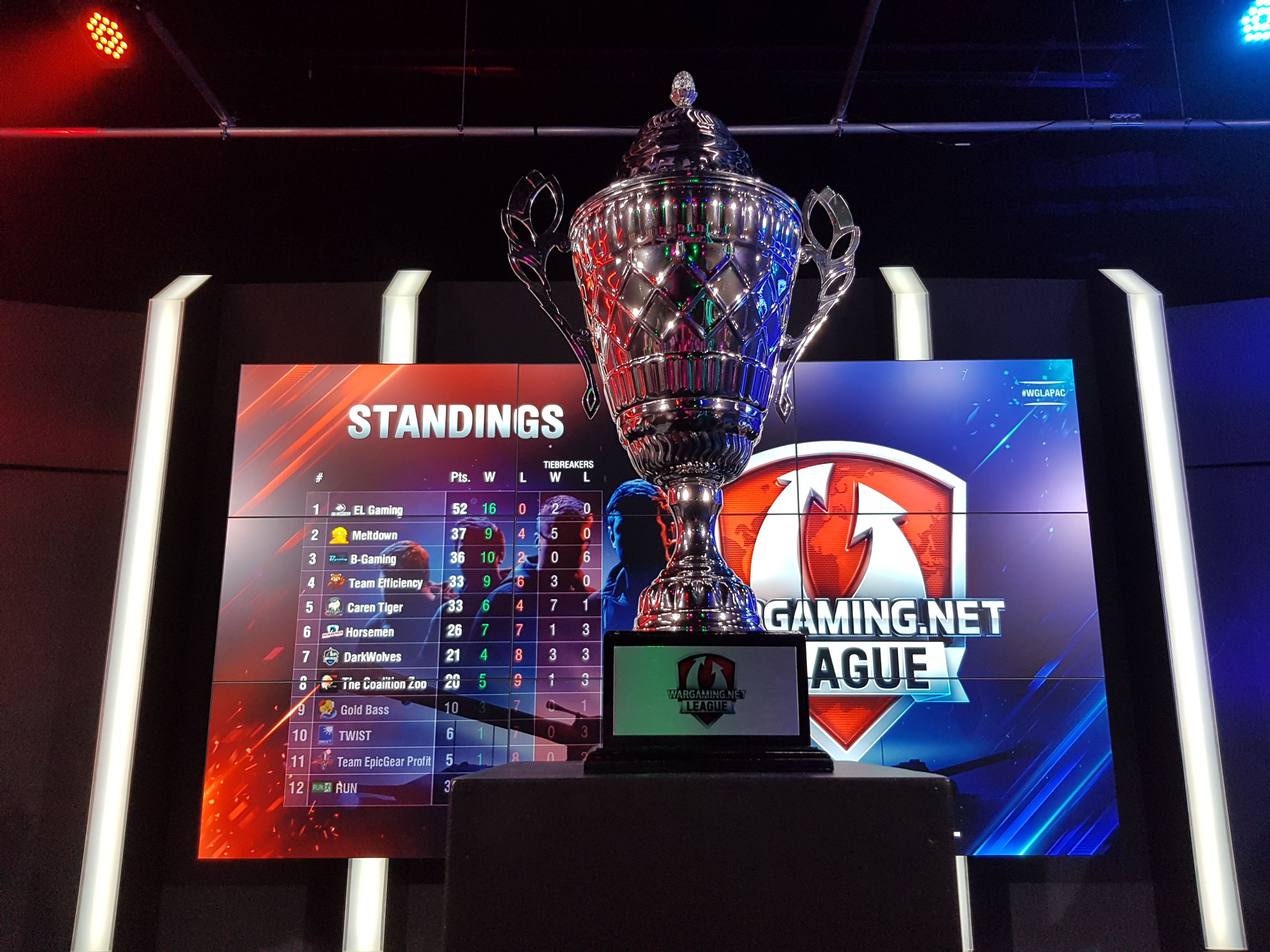 EL Gaming proved that they are still the best team in APAC in World of Tanks eSports, with a dominating showcase of individual skill and team tactics at the WGL APAC 2016/17 Season 1 Finals here in Sydney.

In the first semi-final match between EL Gaming and Team Efficiency, the former strolled for most of the matches and the final 7-2 results flattered to deceive Team Efficiency, as they could have lost without a single point. The Australian-based team’s clear weakness is the lack of a tactical answer to EL Gaming’s superior teamwork, and it is an area the team needs to find a solution to. And quickly.

The second semi-final match saw Meltdown holding on to a 6-3 lead, before B-Gaming got their act together to push the match all the way to a nail-biting tie-breaker at 6-6. Arguably the match of the competition, Meltdown was down to its last player ‘PangPang’, who played a dangerous game of ‘cat and mouse’ with B-Gaming’s ‘lodde’, who was also the last tank standing. Ultimately, lodde’s superior health proved to be the advantage that it needed as ‘PangPang’s sliver of health was not enough to force a draw.

The last match in the second Semi-Final was no less exciting, as Meltdown nearly got outplayed by their opponents from the get go, before regrouping back to push the match to a 2v2 finale between ‘Pathnnn’, ‘GOTSP’ (Meltdown) and ‘takkyyy’ and ‘Ootori’ (B-Gaming). Taking the match down to the wire, B-Gaming put the pressure on Meltdown by attacking their base – forcing both of Meltdown’s players to have to go on the defensive, and right into the barrels of ‘takkyyy’ and ‘Ootori’ tanks. It was heartbreaking for Meltdown, losing 4 matches in a row to throw away their big lead at the beginning. You could almost say the players literally suffered a meltdown.

At the Grand Final match, B-Gaming earn their rights to face up with EL Gaming and the reigning APAC champion went into the match with an aggressive mood almost immediately. That proved to be a mistake, as B-Gaming drew first blood with the first match point by successfully countering EL Gaming’s aggressive maneuvers that left large gaps between their players. This allowed B-Gaming players to close in and pick off EL Gaming’s tanks one by one. EL Gaming persisted with their tried and tested strategy of a tank rush routine in the coming rounds but were matched by B-Gaming, with the score at 4-4 by the end of eight exhausting rounds. It wasn’t only until the nineth and subsequent rounds that EL Gaming managed the breakthrough they were looking for, defeating B-Gaming in three consecutive rounds to take home the crown. Here’s how the Grand Final rounds (best of 7) went:

A big congratulation to EL Gaming for winning the WGL APAC 2016/17 Season 1 Finals and becoming APAC’s champion again, as well as taking home US$50,000 in cash prize. B-Gaming, will also join EL Gaming in representing APAC as its 2 top teams (and receive US$25,000 for their efforts) in next month’s cross-regional Challenger Rumble in New York – facing off the top 2 teams from North America, Europe and the CIS.

Meltdown would have rue this opportunity, as they had points advantage over B-Gaming in the WG league. Losing their semi-final match to B-Gaming meant that they handed over the point advantage to the Japanese team instead. Their consolation for coming this far, however, is that they and Team Efficiency will each get US$12,500 in cash prize as well.

Aaron Yip is an industry veteran with more than 15 years of experience. When not spending time on his gaming PC and consoles, he can be found in Hyrule solving ungodly puzzles and collecting gems.
Previous post Wargaming League APAC Season I Finals (Sydney): Meet the Teams
Next post World of Tanks – EL Gaming hopes to take home WGL Grand Finals Top Prize in 2 years