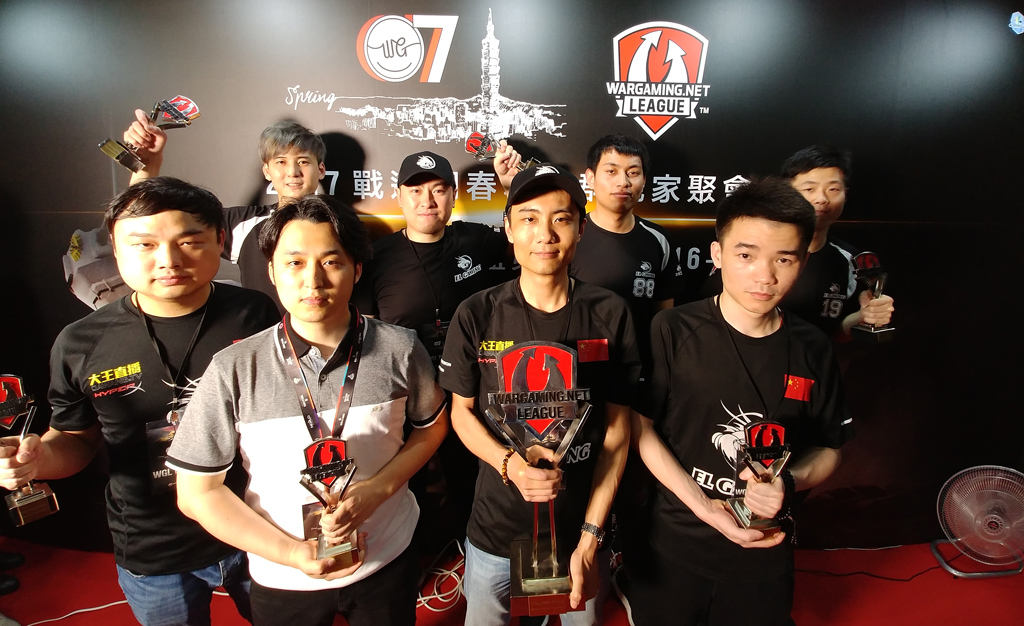 In a rather one-sided affair, EL Gaming defeated Team Efficiency 7-1 at the Wargaming League APAC Season 2 Finals 2016/2017 that was held in Taipei over the weekend.

EL Gaming started off as the hot favorite in the Finals, by dispatching Horsemen 7-1 in yesterday’s Semi-Final. Team Efficiency took down Caren Tiger 7-4 in a hard fought battle in their Semi-Final match, and were expected to give the China team a run for their money – having already bested them twice in the 2016/2017 league.

But it was not to be.

EL Gaming took the game by the scruff of the neck almost immediately, winning games 1 and 2 easily. Team Efficiency came back strongly in the third round though, putting the score at 2-1. Spectators at the EcoARK hall were hopeful of a tighter match at this point, but Team Efficiency’s tactics went into disarray and crumbled in the face of EL Gaming’s superior individual skillset in game 4 (with the latter only losing just one tank).

Game 5 was arguably the most exciting with the match coming down to the wire, with EL Gaming barely overturning the odds to win it. Team Efficiency seemed to have lost their steam from here on, with EL Gaming winning the next three games to win 7-1 overall.

The win ensured EL Gaming takes home the top prize of US$50,000 and remains WGL APAC’s dominant team, as well as a ticket to represent APAC at the Grand Finals in Moscow next month. Team Efficiency will join them in Moscow as well, for taking second place in the League.

Aaron Yip is an industry veteran with more than 15 years of experience. When not spending time on his gaming PC and consoles, he can be found in Hyrule solving ungodly puzzles and collecting gems.
Previous post Betting in Videogames is inevitable, said Wargaming’s Head of Competitive Gaming
Next post Review – Flatout 4: Total Insanity (PS4)