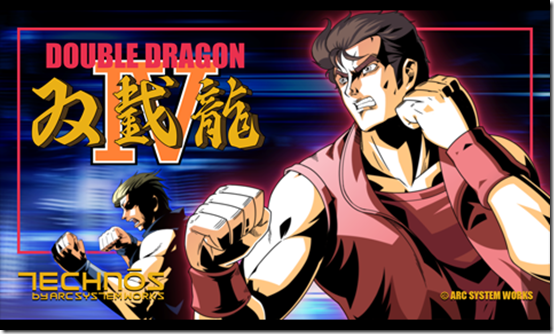 Okay, we didn’t see this one coming.

While this is getting out of the realm of competitive fighting games, Arc System Works, the makers of BlazBlue and Guilty Gear, are some of the best fighting game developers on the planet, and the fact they’re getting involved with a new Double Dragon title is worth talking about here.

The new entry in the classic, iconic beat ’em up series is coming to both PC (via Steam) and PlayStation 4 on January 30th in Japan, next year. Featured above, you can view the game’s debut trailer.

Fans can expect the same visuals seen in the original games, however there will be new mechanics added into the mix. It’s worth mentioning every game mode can be played with two players. The game technically features a 2P Duel mode too, which is actually 1v1 fighter, albeit likely a primitive one.