Day 1 of The International 2018: A lone SEA team remains 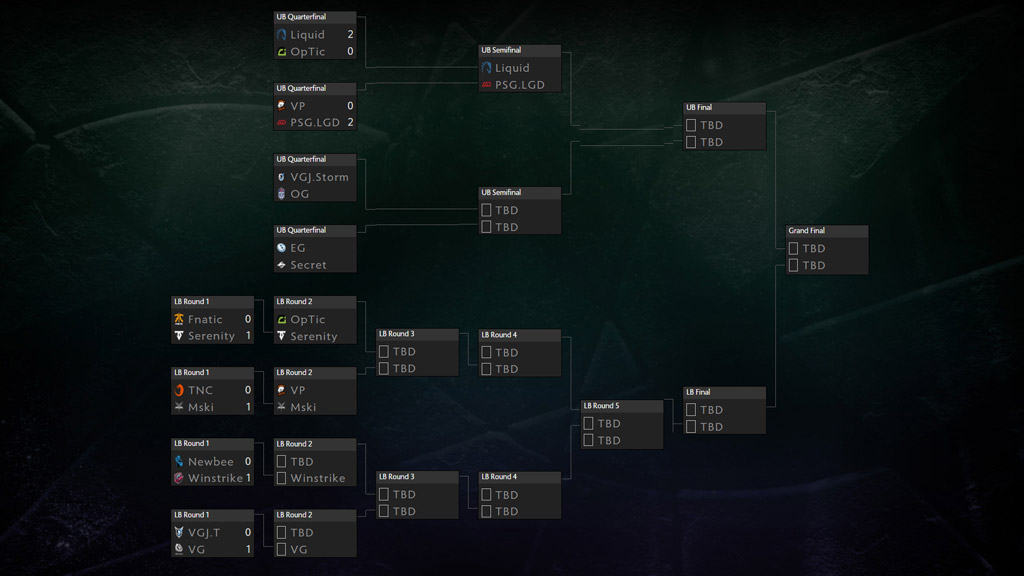 The main event of Dota 2’s The International 2018 (TI8) began yesterday, and day one ended with a single Southeast Asian team remaining: Mineski. This is after the unfortunate lower-bracket elimination match up between TNC and Mineski, and Fnatic’s fall to China’s Team Serenity.

Mineski is one of the twelve remaining teams after two upper bracket rounds and four elimination rounds on Day 1. Mineski will be going up against Virtus.Pro who lost to PSG.LGD earlier.

It could be an uphill battle for Mineski as Virtus.Pro is a favorite for TI8. They’ve won first place in most of the tournaments they’ve joined for this year, only dropping to 2nd place at the China Dota 2 Supermajor Premier tournament after losing to Team Liquid.

Mineski on the other hand has had a shaky ride this year. After being on top of the world with a 1st place win at the Dota 2 Asia Championships this April, the team has ended up with 5th – 6th placements in their next premier tournaments.

The outcome looks bleak. But then again TI has always had its fair share of insane upsets, so this could potentially be an upset to remember if Mineski manages to pull it off.

You can watch Mineski’s match against Virtus.Pro at 10:00AM, tomorrow.

As for the rest of the matches, Day 2 begins at 1:00AM for us. With VGJ Storm vs. OG, followed by Evil Geniuses vs. Team Secret, and then Optic Gaming vs Team Serenity, with Virtus Pro vs. Mineski playing last.

As of today, the winner of the TI8 will come home with a whopping US$10.9M, the lion’s share of a prize pool of US$24.9M. It should also be noted that this is not the final prize pool as it is made up of 25% of current Battle Pass sales, so a bigger prize might await the winning team.

Never talk to Nadine about good games with good narratives. She may never stop talking. Other topics she can't stop talking about: games in general, really, consumer tech, and pop culture.
Previous post Razer unleashes the new Mamba Elite with 5G Optical Sensor
Next post Day 2 of The International 2018: Mineski falls to Virtus.Pro