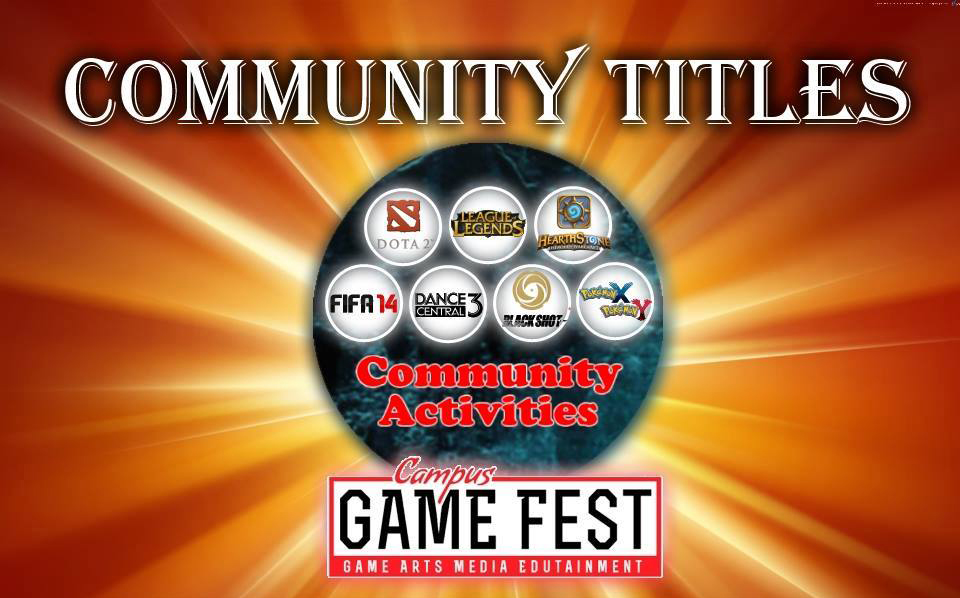 If you’ve got the competitive streak or are simply looking for a reason to head down to this year’s Campus Game Fest, then perhaps the community tournaments are for you. They’ve got a handful of different games lined up so start rounding up some friends and get some practice!

As the name suggests, all of these tournaments will be organized and run by various local gaming communities so you’ll need to register separately. Full details such as timings or availability of prizes aren’t available at the moment, though. Do check the following links for more information.

• eSports team inSidious Gaming will be holding tournaments for Dota 2, League of Legends and Blackshot.

• ITE students have set up a Dance Central 3 challenge if you’re feeling the groove.

Further updates will go up on CGF’s Facebook page as and when they become available.

Tickets for the overnight bring-your-own-computer event, Just Play!, are selling fast too apparently. You’ve got until the end of the month to make use of that $10 early bird discount.

Tournaments aside there are other activities available for Campus Game Fest 2014, so do make it a point to drop by and give some support (and feedback!) for our local gaming events. Besides, you never know who or what you’ll run into!

Ade thinks there's nothing quite like a good game and a snug headcrab. He grew up with HIDEO KOJIMA's Metal Gear Solid, lives for RPGs, and is waiting for light guns to make their comeback.
Previous post Halo Score Composer Fired From Bungie
Next post Closed Beta for Kingdom Under Fire II in May [Updated]