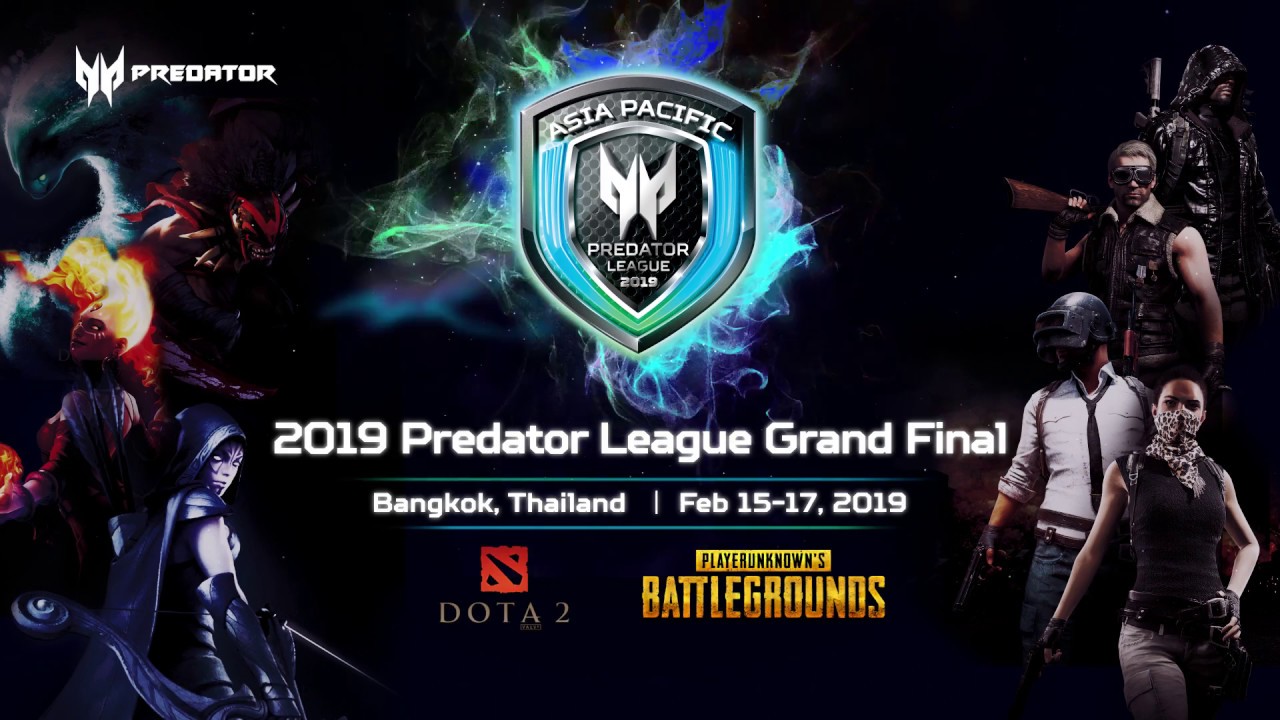 Last Saturday, I had the fortune of attending the SG Predator League 2019 Finals held at Our Tampines Hub.

The 2-day event ran from 5-6 January and featured a total of 16 teams, all vying for the chance to represent Singapore on the Asia-Pacific stage. It showcased two games, PlayerUnknown’s Battlegrounds (PUBG) and the ever-popular Defense of the Ancients 2 (Dota 2). There was a small section for a Pokemon VGC event as well but I didn’t get to spend much time there.

The overall prize pool for the Predator League amounts to over US$400,000 (approx. S$542,840) — not on par with world championships such as The International but still a tidy sum. That being said, the biggest share of the prize and glory will be reserved for the finals, which will take place in Bangkok, Thailand, from 15-17 February.

While I didn’t stay for all the games (people need to eat), the matches that I did end up watching had me on the edge of my seat. The first PUBG match, or “flight” as they call it, with all 16 teams on the Erangel map was probably the clincher for me.

The PUBG match started out rather uneventful as most would expect, consisting mostly looting and the occasional skirmish. The players were busy scavenging for weapons, armour and equipment, before making vehicles a priority in anticipation of the ever-shrinking safe zone. While mostly routine, there still were a few funny moments: I recall the casters musing over a player who had crashed his motorcycle into a tree, forcing his teammates to come and revive him. Not to mention the frustration of other players who got run over by their opponents’ vehicles. 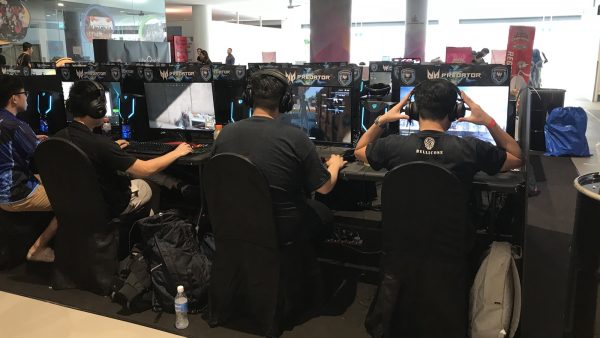 As the circle got smaller and people started making their way to the safe zone, firefights started breaking out more often. Soon, the entire screen evolved into a massive warzone: three-way engagements, surprise ambushes, urban sieges, you name it. One player that performed particularly well was KKB’s Krustick, snagging a total of five kills for his team. It’s an impressive feat when you consider that his opponents were highly skilled players as well, and that success eventually saw the team winning the match.

However, it was Ayson E-sports that eventually took home the big chicken dinner. Over in the Dota 2 side, Chinster did the same. As such, they’ll both be representing Singapore on the Asia-Pacific stage in Bangkok and we wish them all the best!

The tournament aside, organiser Acer also took the opportunity to show off their latest tech. Their crown jewel was the Predator Thronos, an all-in-one “cage” that takes gaming to a whole new level. Design-wise, I thought the 1.5m tall behemoth resembled the gunner’s compartment on the Millennium Falcon! 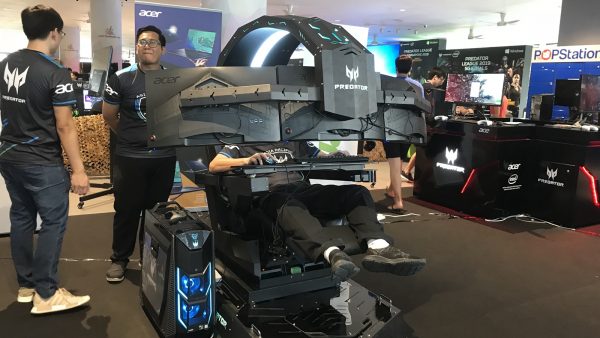 It’s the first public showcase of the Thronos on our sunny island so pricing decisions are still underway. In any case, that is something that I’d pay good money for. Three super high-definition screens, an adjustable seating angle of up to 140 degree, and sci-fi style controls? Yes, please!

On a more humorous note, I overheard some elderly passers-by asking if the Thronos came with massage options. I don’t blame them for thinking that. 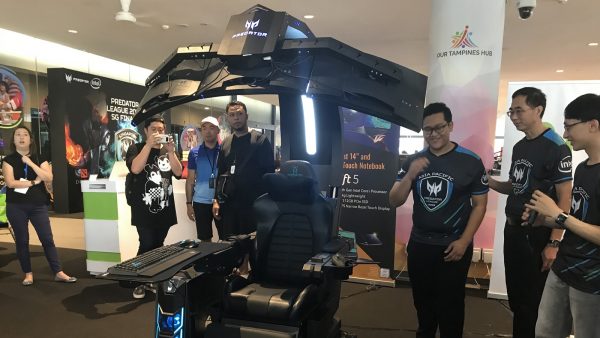 Other noteworthy stuff on display included the Microsoft OJO 500 Mixed Reality Headset, which comes in two designs. One is tailored for sharing, with an easily detachable headband to facilitate cleaning. The other focuses on personal comfort over extended periods of use, with cooling gel-infused cushions, spectacle insets, and more. 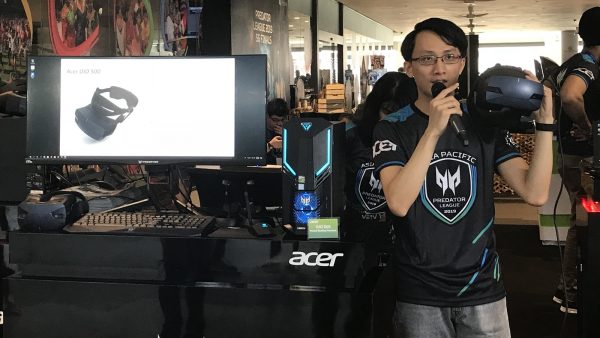 Although the event did feature some cool tech, the main focus remains the gaming tournament. The entire event felt like one of those neighbourhood fun fairs or movie screenings, and though I did expect something bigger it did have a grassroots charm. However, what I do concede is that the matches were truly as exciting and hot-blooded as I’d expect from any esports event.

Kenneth is your dedicated jack of all trades gamer and borderline anime nut. When not writing, he likes to wind down with Overwatch, Apex Legends and a bit of Fate: Grand Order on the side.
Previous post Ray-tracing for the masses with NVIDIA’s new GeForce RTX 2060
Next post PS4 and Xbox One games are on sale for as low as $10 at GameMartz