Catch Up on the GPL 2014 Winter Grand Finals 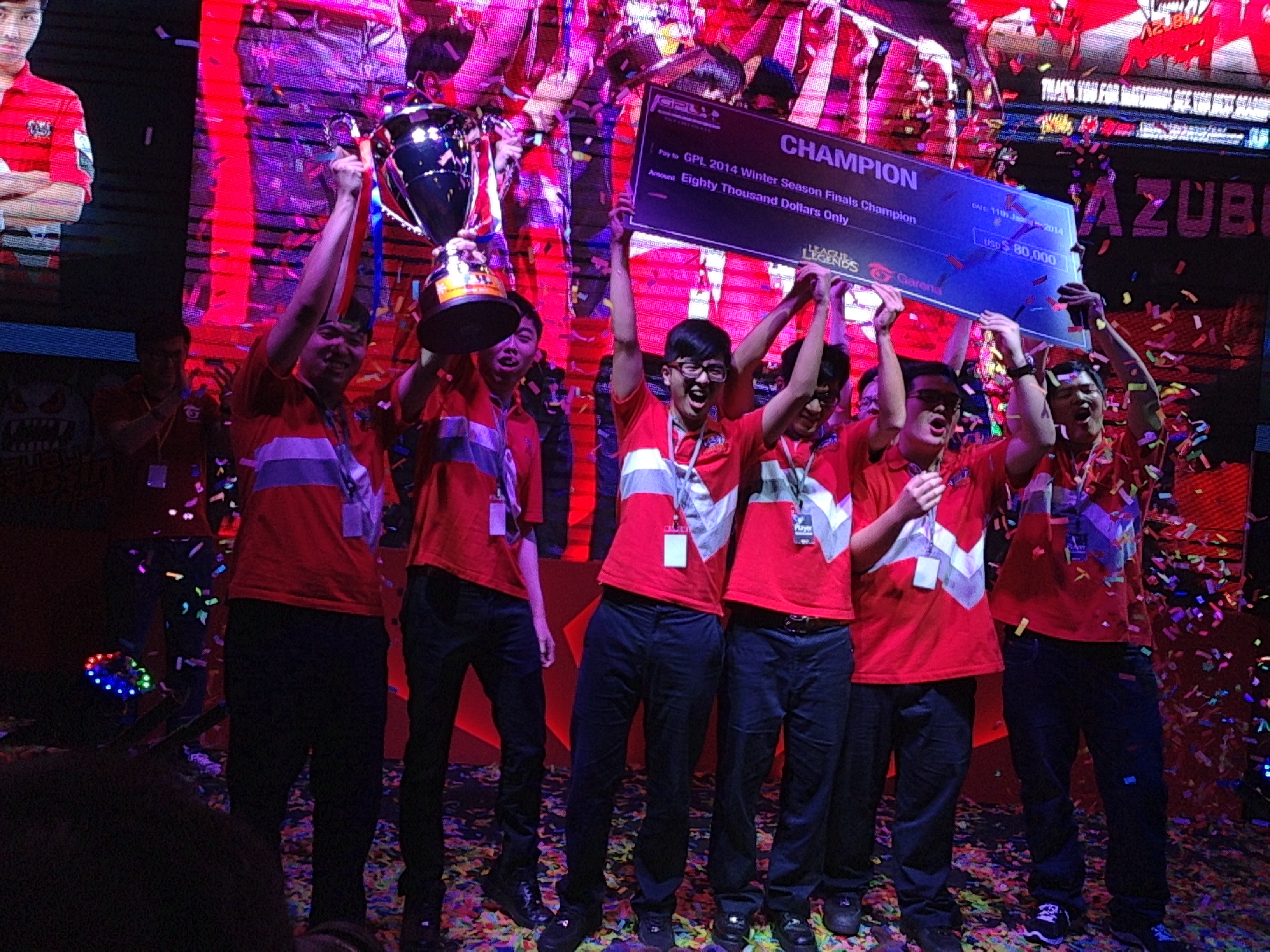 On Saturday, 11 January, Singapore found itself the host of two sister teams from Taiwan. The players were here for the Garena Premier League 2014 Winter Season Grand Finals, a conclusion to nine weeks’ worth of League of Legends matches. While the prizes were admirable – US$80,000 (over SG$100,000) and 400 Circuit points for the champion – there was something else at stake that night.

In one corner stood the Azubu Taipei Assassins (TPA), a team attributed as world-class and rightly so. They conquered the Season 2 World Championship back in 2012, going on to win the inaugural GPL season shortly after. However, a huge roster change left behind only Cheng “bebe” Bo-Wei from the original line-up, causing The Assassins’ performance to stumble. Starting the year with the 2014 GPL Winter trophy would be a huge confidence boost, affirming that TPA was ready to tackle the world once again.

For the Azubu Taipei Snipers (TPS), the match was equally as important. They haven’t won any international tournament since forming in early 2013, always one step behind their sister team (though the Snipers did place higher at the Intel Extreme Masters Season VIII in Singapore). As with TPA, only one member carried the World Championship legacy: Chen “MiSTakE” Hui Chung.

The games were nothing short of a tug-of-war, as expected from the two training partners. Flashes of brilliance and missed opportunities were sprinkled throughout but things finally took a turn in Game 4. TPS’ push for an early lead paid off, their aggression putting them at a huge economical advantage. In what was a completely one-sided match, TPS’ victory led the series to a Game 5. Here the exchanges were fairly balanced, though by the late-game it was the Assassins who had ventured deep into Snipers territory. TPA charged in to take the game and the Grand Finals when their opponents suffered a streak of deaths too challenging to recover from.

The event itself was held at Garena Stadium in Bugis+, a comparatively small venue for a regional affair. Nonetheless, fans of all ages started showing up early, making full use of the materials provided to create signboards – even if it was just for the casters instead.

The “stadium” filled up quickly and before long, the 160-strong audience worked up a palpable atmosphere for the impending games. TPS fans may have proved their passion in the beginning though it was the TPA supporters who were chanting out loud in the end. I have to commend Garena on the plastic clappers they provided as they definitely made a difference – some Singaporeans are too conscious about clapping, in my experience.

There was, inevitably, a full crowd who watched the games from the Garena café outside. Whatever their reason for not having tickets, it felt strange to see the fans separated by a wall. While the intimacy of a private hall was nice, I believe I’m not alone in hoping that future events would have the capacity for a larger crowd. eSports, while growing, is still a small culture here and this was one of the rare opportunities for the community to come together. It’s a shame that a third of them couldn’t cheer on their favorites with the rest of us.

In any case, congratulations Azubu Taipei Assassins! The GPL 2014 Spring Season will have some interesting developments indeed.

Ade thinks there's nothing quite like a good game and a snug headcrab. He grew up with HIDEO KOJIMA's Metal Gear Solid, lives for RPGs, and is waiting for light guns to make their comeback.
Previous post Evolve Officially Announced; Taking Premature Pre-Orders
Next post We’re still getting a New Hitman Game, Contracts Mode Included