Catch the Heroes of the Storm Singapore Open Finals live this Saturday, 20 Feb 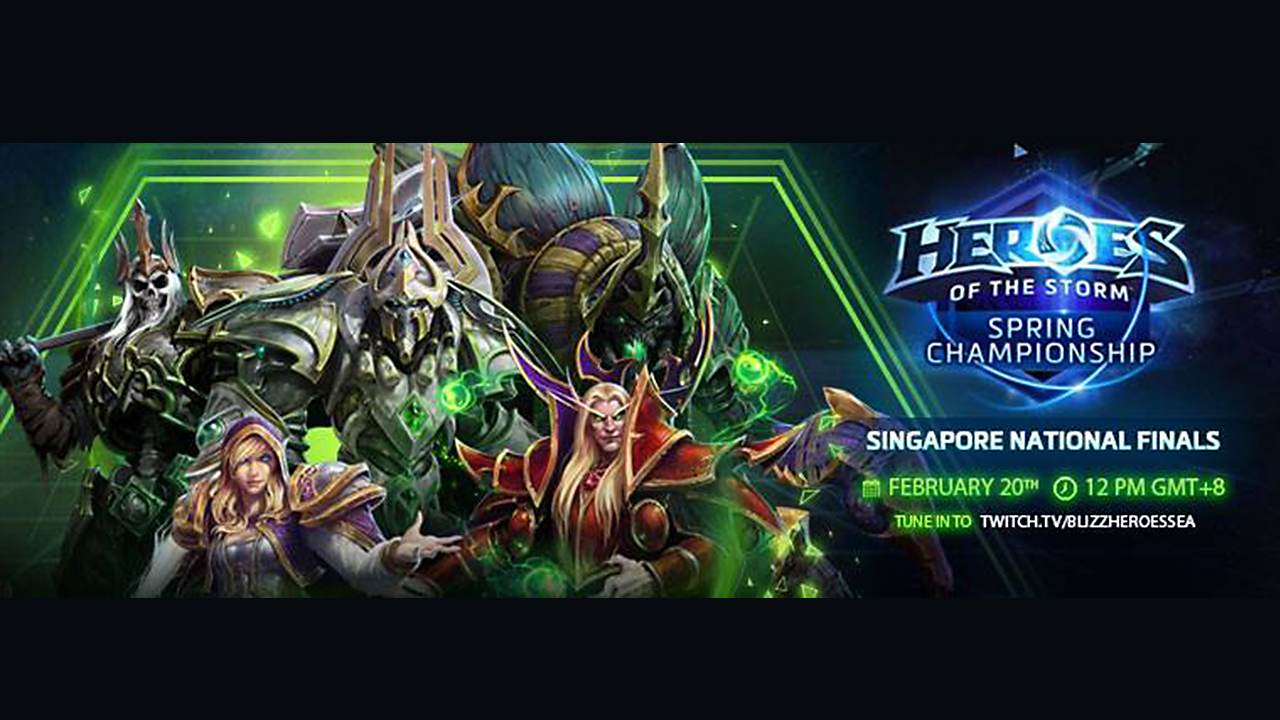 The offline tournament, scheduled to take place at Enzo Games this Saturday, 20 February, will see a total of eight teams dueling it out for a S$6,500 prize pool and a second seed for the regional qualifiers. Following a double elimination format, with a Best of 3 for the upper bracket, the Finals is expected to run from 11 am to 7 pm.

Of the eight contenders, three are from the Pro-League – a points based league system for Singapore’s top four teams – while the other five won their spots after two rounds of online qualifiers.

The fourth Pro-League team, Resurgence, is already a top seed for the Southeast Asia qualifiers.

Live coverage of the Open Finals will be provided at the official BlizzHeroesSEA Twitch channel.

Singapore’s top teams will then compete in the Southeast Asia Spring Regional on 5–6 March for an online showdown against Malaysia, the Philippines, and Thailand.

And just like that, we’ve come to the world stage: SEA’s champion heads right for the three-day Spring Global Championship in Seoul, South Korea.

Last year, Singaporean team Relics went on a rampage throughout Southeast Asia, first winning 2–0 in the Singapore Finals before scoring 2–1 over Filipino team Bibingka for the title of regional champion. Their run came to an end at the American qualifier group stages, placing third out of four.

Relics will be competing in the upcoming Singapore Open Finals, alongside Power of Belief and Sage Gaming, the latter containing former Relics player Marcus “Revenant” Tan.

Heroes of the Storm (official website) is a free-to-play hero brawler by Blizzard Entertainment, combining characters from the company’s leading franchises. The game already has a ton of useful resources for newcomers, with a map breakdown by Twitch streamer Dreadnaught (via Reddit) being the most notable recently.

Ade thinks there's nothing quite like a good game and a snug headcrab. He grew up with HIDEO KOJIMA's Metal Gear Solid, lives for RPGs, and is waiting for light guns to make their comeback.
Previous post Super Robot Wars OG Moon Dwellers gets English localization for SEA
Next post Interview: Tomoaki Ayano on Street Fighter V