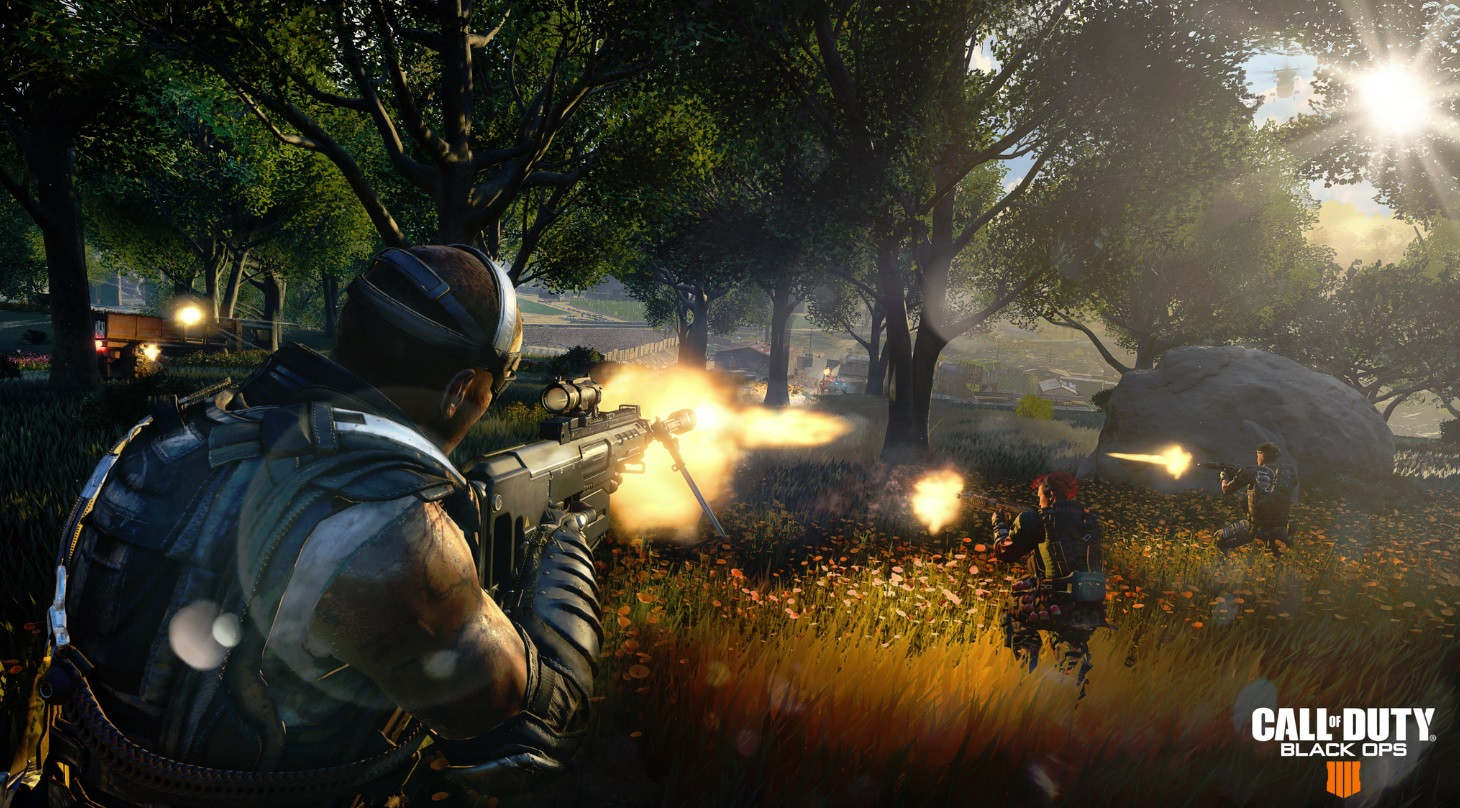 It’s been quite a wait since its reveal, but we finally have hands-on with the Blackout mode that’s coming with Black Ops 4. The beta’s just started on the PS4 and will run until 17 September 2018. Xbox and PC players will have to wait till September 14 to get in.

Call of Duty has always been about fast, frenetic gameplay in small, enclosed maps. That’s the bread and butter of the series, it’s what made it famous in the first place. Ironically, Blackout is the opposite of that.

If you’ve never played a Battle Royale game, the premise is rather simple. A group of players (80 players max in this case) are air dropped into a huge map and are then left to fend for themselves by using the supplies they find on site.

Choosing when to jump out of the transport and where to land is part of the strategy; do you land as soon as you can to try to find weapons or drop in a secluded area, let the others fight it out and then scavenging their dropped equipment bags for supplies? Of course, you could always be on the lookout for the constant supply drops for new gear though chances are somebody’s going to try for it as well.

There’s no right or wrong way to play and ultimately, the choice is yours.

However, you can’t take your time just roaming the outskirts. The map’s perimeter will shrink every few minutes, forcing the survivors into smaller and smaller areas until only one survives. There’ll be a blue fog advancing to represent the map’s dwindling play area. You can’t outrun it on foot (believe me, I’ve tried) so if you’re caught unawares, you’re pretty much screwed if there’s no vehicle nearby. 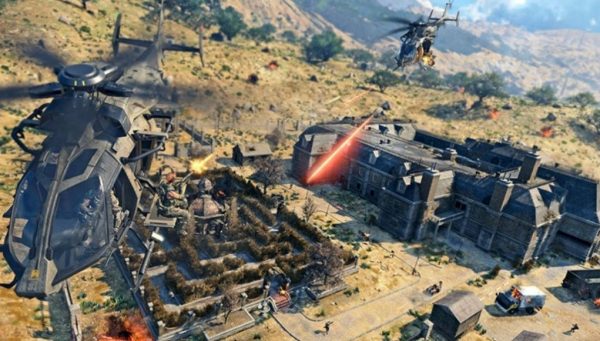 Oh yeah, for the first time in Call of Duty multiplayer, there are vehicles. I’ve driven the ATV and an armored truck but I’ve also seen a helicopter in the air manned by a team of players. Weirdly, there are also normal cars scattered around the maps that you can’t drive. I’ve no idea if there are any more vehicles but I wouldn’t be surprised since the beta’s just started.

The vehicles are your only hope of survival if you’re caught out of the safe zone. Staying out beyond it is a death sentence, as your health will drop by 1 every second you’re not in the safe area.

In Blackout, you can opt to play Solo, Duos or Quads which have you going at it alone, in pairs or in a group of four. What’s great is that if you decide to play Duos or Quads, you can have the game randomly assign you teammates, instead of having to have a group all ready to rumble.

You’ll be able to pick from a pretty decent variety of characters; the Zombie Specialists, the Multiplayer Specialists, some old school Black Ops characters (like Reznov and Woods) or your own personal avatar. The character you pick has no bearing on the gameplay, as you start off nothing at the outset of the match.

Weirdly, there’s no customization option at all in the beta, but you CAN personalize how your custom avatar looks like and whether you’re a male or female. If Blackout follows in the path of other similar games, except this to change in the final release, as establishing your unique look is a huge part of what makes Battle Royale games popular. There’s no progression system at all in this version of the mode too, as upon dying, you’re given the option to either spectate or be dropped back into the lobby. No post-game screen or anything of that nature at all.

At the outset of the game, you’ll be dropped into a random part of the map’s Staging Area. This is where you can get a lay of the land as the game finds its 79 other players. You can roam around, find guns and equipment but you can’t hurt other players, though you can see them running around too. It’s a great warm-up, especially if you’re new to this whole Battle Royale thing, since Blackout introduces the need to manage your own inventory. 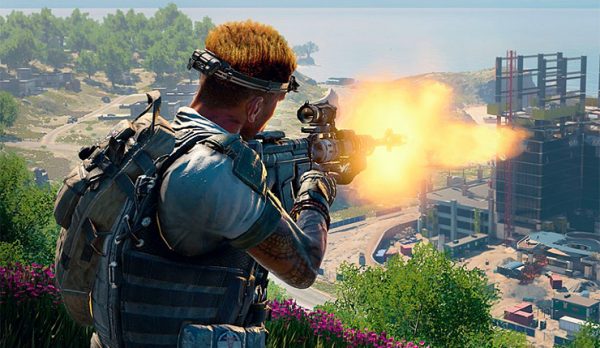 You now have Health, Gear, Storage and Equipment slots, which are pretty much self-explanatory for what items they hold. You can swap in and out items (as you can have multiple items for the Gear slot for example) though you’ll need to either go into the Inventory or the Quick Equip (which is invaluable) shortcut to do so. Nearly all of the stuff you can use in the other modes make appearances in Blackout so you’ll be able to find Grappling guns, Cluster Grenades or Mesh mines as you explore. The items seem to be randomly distributed so don’t count on getting the same gear in the same place.

You’ll start off with only 5 slots for your inventory, but if you luck out and find a backpack, you can increase that. It’s a nice item to have, but I’ve found that luck matters more than how many items you can carry.

There’s also a separate section for ammo types for all the different guns. Luckily, you don’t have to manage this but you’ll still want to keep track of your ammo count. Unlike the other modes, you don’t start off with any ammo and you’ll need to find the correct ammo for the gun you have. You could be hoarding a ton of shotgun shells but they won’t do you any good if the only weapon you have is a sniper rifle.

Black Ops’ weapon customization is also in Blackout, except now it’s all done in real time. You can find weapons parts like scopes and stocks, but you’ll need to equip them to a usable weapon to utilize them in battle. Like the ammo, these items can only be used with certain weapons so strategizing what to carry and what to ditch is paramount. 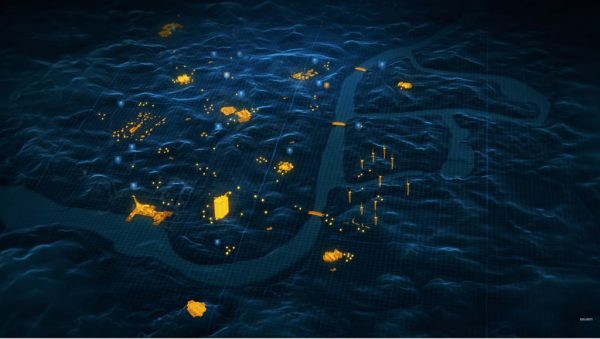 The game’s pretty good but as I mentioned at the start, it doesn’t feel like a Call of Duty game at all. The huge maps, vehicles, massive player count reminds me of Battlefield though the constant need to keep one step ahead of the shrinking perimeter gives it a more hectic feel.

Playing with a group changes the experience massively as well, since now you have other sets of eyes looking out for you too. I’d argue that playing Duos or Quads is a much better experience than playing Solo, as the firefights are longer, more intense and best of all, fun! Since healing’s no longer automatic, firefights are all tense moments of offensive drives coupled with desperately healing yourself, hoping nobody catches you while you’re restoring your precious health.

One downside I’ve encountered in the beta is the amount of connection drops I’ve been experiencing. Whether on WiFi or wired, I sometimes get dropped out of games. It could be fine one minute and then WHAM! I get a ‘Game session no longer available’ message that signifies I’m out. It’s not my connection either as I’m online on both my phone and laptop at the same time and they still have online access.

Hopefully, these are just teething problems that will be fixed come launch day. After all, isn’t that what beta tests are for?

Connection issues aside, Blackout’s been a joy to play thus far though I’m hoping there’s more customization options to it in the full version. It’s totally not what’d you’d expect from a Call of Duty multiplayer game mode, but despite that, the core gameplay is still as solid and fun as ever. I have a feeling I might be playing this more than any other mode come Black Ops 4’s launch later this year.

Sal's just your average hardcore gamer. He started gaming on the NES in the 80s and has been ever playing since. Sal doesn't care about which platforms games are on, only that he wants to play them all!
Previous post Destiny 2: Forsaken (PS4) Review
Next post PVP eSports Championship Grand Finals to be held in Singapore!