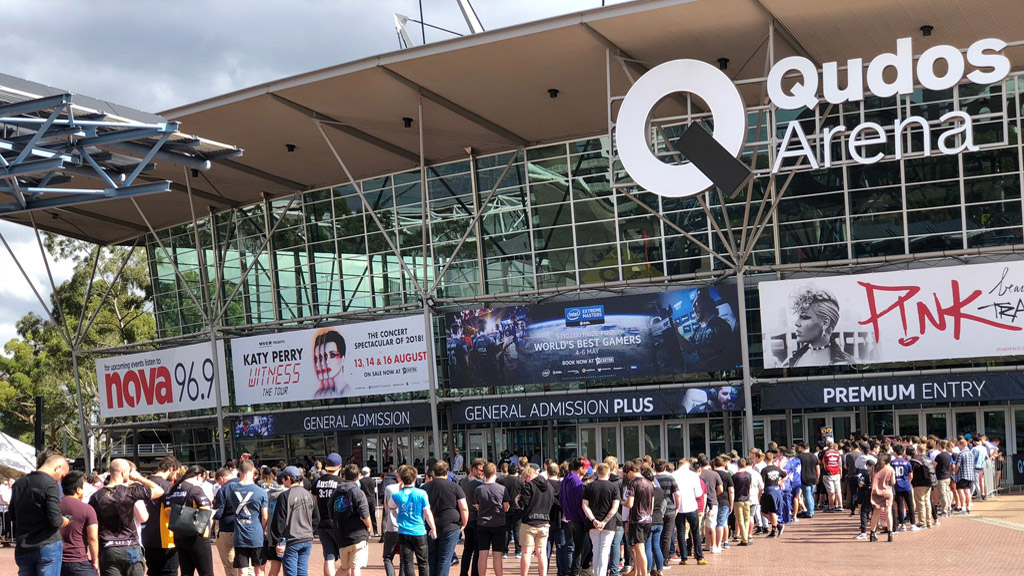 The Intel Extreme Masters 2018 Sydney takes place this weekend in the fine Australian city, and this year’s edition is touted as its biggest yet.

With title sponsor and owner Intel, and partners including Acer Predator, HyperX, MSI, Cooler Master…just to name a few, displaying their wares for visitors to demo or running mini competitions with attractive prizes to give away, there are plenty to do besides catching the Counter-Strike: Global Offensive Finals.

Here are some booth we thought are worth mentioning.

MSI has got one of the larger booth at the show floor, showing off its entire range of desktop and gaming notebooks. Mini CS:GO competitions are also held, where winners stand to win some really cool prizes – like the new GE73 RGB Edition.

If RGB is your thing…ThermalTake has got you covered.

As the title sponsor and owner, Intel has booths scattered at various parts of the event venue, Qudos Bank Arena stadium. This particular one shows off their new Optane memory performance, by comparing two desktops – one with and without. No prize for guessing which one is faster.

Intel’s much hyped Hades Canyon, the company’s Next Unit of Computing devices (NUC) initiative, is also on display. It houses a Core i& CPU and AMD’s RX Vega M GPU in an unbelievably small housing. Can you spot it in this photo?

Cooler Master brought out their A game with this impressive setup. And we don’t just mean the desktop here. This is quite possibly gamer’s dream chair/setup!

VR is still very much a big deal for Intel. But unless we see more compelling games and more affordable VR headsets, it still remains a very niche mode of gaming.

On show are also Warhammer: Vermintide II and Call of Duty: WWII for gamers to try out.

Intel also setup a very cool driving simulator with a VR mounted display. One gamer stands to take home an Intel i9 7900X processor each day, if his or her time is the fastest that day. Boom!

Intel (and ASUS ROG) was very proud to display this desktop replacement notebook, citing it as the first of its kind to come built with an i9-7900X processor inside. TL;DR, it’ll cost you both kidneys and then some.

What really impressed us about Intel’s booth is that unlike many companies that focused on dark and aggressive testosterone-induced booth designs, Intel’s booth felt very inclusive and dare we say, fun?

Acer Predator has a pretty big presence as well, with their full arsenal of gaming desktops and notebooks on full display at the Intel’s booth.

HyperX is the peripheral partner for IEM Sydney 2018 and their range of gaming keyboards and headsets are going for a cool 20% off. You can check out our reviews of their products here, which has consistently impressed us.