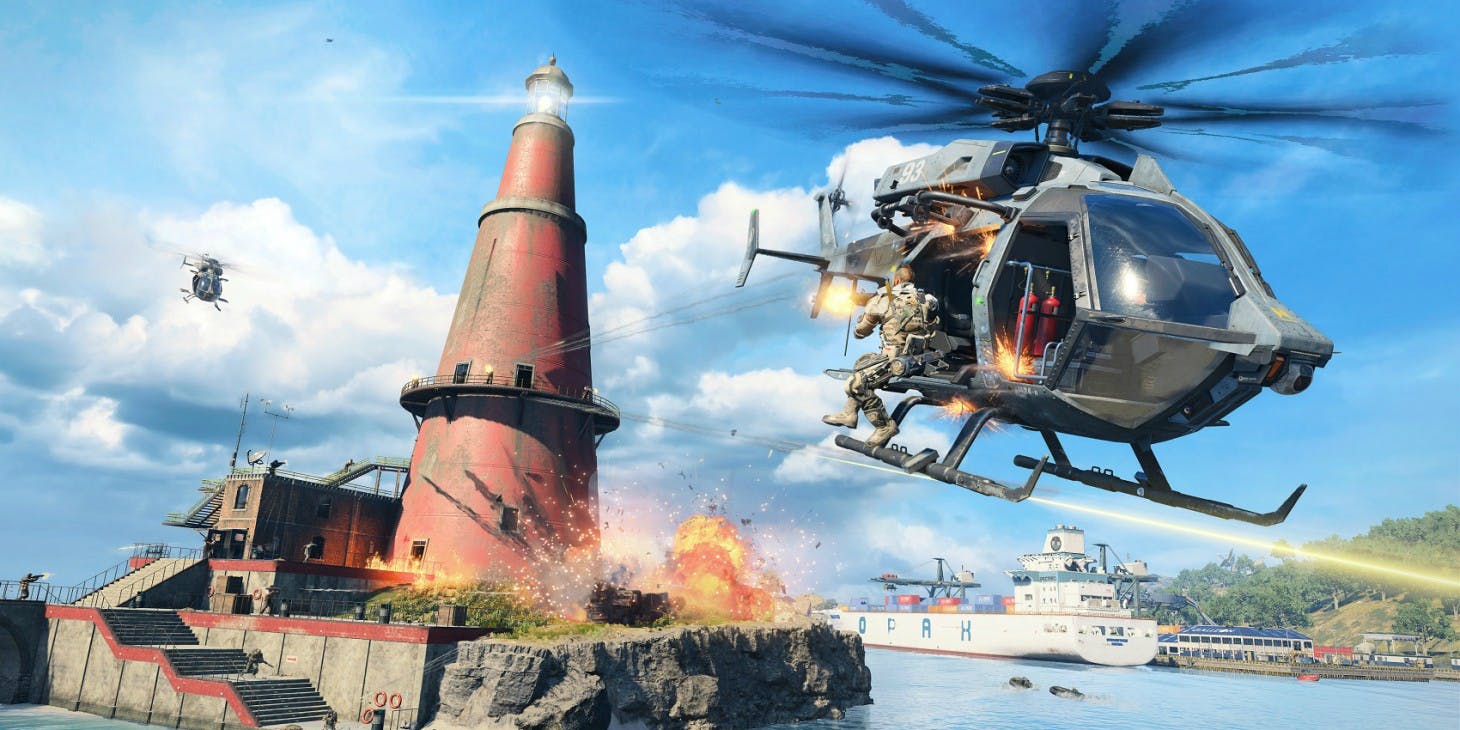 They’ve dropped their latest promotional video of the Blackout game mode, which is their take on the ever-popular mode. At first, it just looks like a futuristic reiteration of PUBG, so it might not be that impress—wait a minute is that Takeo Masaki? Judging from the video, it appears everyone’s favourite zombie-slaying heroes are back as playable characters in the Battle Royale! The main Blackout map seems to be an amalgamation of various multiplayer maps such as Firing Range, the fan favourite Nuketown, the Highrise-inspired Fracking Tower, and even Asylum, which looks suspiciously like Verruckt from the Zombies franchise. To differentiate themselves from other shooters, Treyarch has gone in other directions for their Battle Royale: up and down. Players might be able to pilot choppers and rain fire from the skies, while their teammates prepare an underwater ambush. The incorporation of glider suits and grappling hooks have actually piqued my interest too. Looking at the bigger picture, it seems like this is Treyarch’s answer to Battlefield V’s Fortification mechanic, as they both add new angles of combat.

Although the Blackout game mode seems fundamentally similar to PUBG (as are all Battle Royale games, actually), I think it’s really worth a look. Another new feature based on the video are probably the different characters’ signature abilities, as Takeo was seen using a Cymbal Monkey against another group. We really hope we’re right, because potentially having zombies attack your enemies in Battle Royale is lit.

Nonetheless, you’re still welcome to form your own opinions after watching the video, which can be found here:

PS: Our calendars are already marked for October 12th.

Kenneth is your dedicated jack of all trades gamer and borderline anime nut. When not writing, he likes to wind down with Overwatch, Apex Legends and a bit of Fate: Grand Order on the side.
Previous post STGCC 2018: A newbie’s impression
Next post Hands-on with Battlefield V Open Beta (PS4)