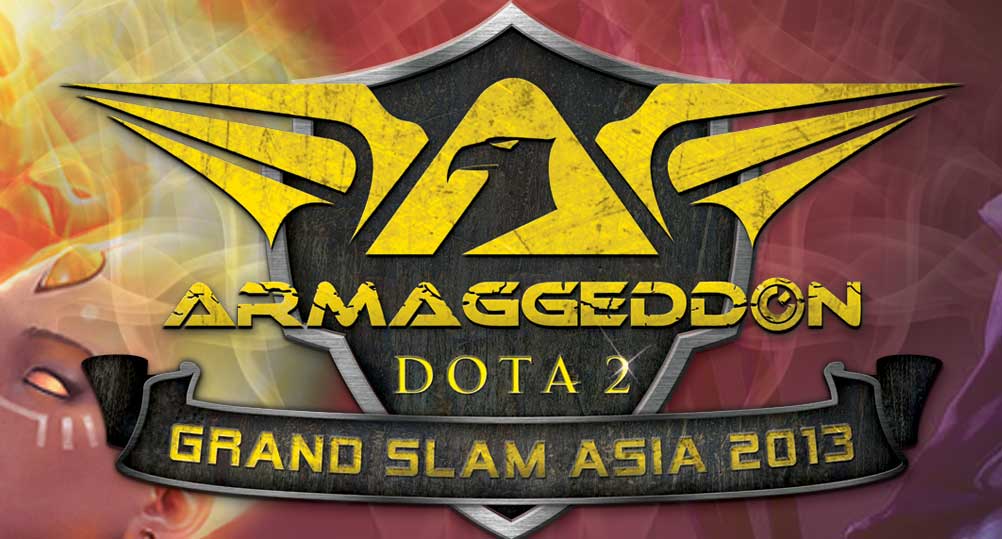 Hot on the heels of the Armaggeddon CS:GO tournament held at last year’s IT Show in Singapore is the brand’s Grand Slam Asia 2013 tournament for Dota 2. The very recently announced tournament will have qualifiers all over Asia, even in countries further off like Sri Lanka, with finals culminating at 2013’s IT Show at Marina Bay Sands.

Unlike Armaggeddon’s previous tournament where winners simply walked off with snazzy new rigs, the Grand Slam Asia will see winning teams from all nations earning themselves cash and in-kind sponsorships from Armaggeddon’s Corporate Alliance.

The Armaggeddon Alliance, described as a combination of community and corporate collaboration, boasts entities ranging from local custom notebook makers AFTERSHOCK PC to bigger brands AMD and ASUS, as well as e-Club, Valve, and even internet service provider Starhub. Definitely the kind of sponsors a budding team should be looking for.

With Flash e-Sports also launching their own series of Dota 2 leagues for the year, it will be interesting to see which tournament can end up being the bigger draw. In a Facebook post, Armaggeddon spoke of a US$20,000 prize pool as well as the chance for winners to drive around in a Ferrari. The Flash Dota 2 league, while structured for more competitive longevity, only has a prize pool of S$6,871.

While it might be possible for teams to participate in both competitions, we expect it might be too grueling for most gamers in Singapore, who typically compete on top of school or their day jobs. Competitive players here also seem to prefer to focus on one tournament at a time. Garena’s Singapore Sentinels declined to participate in last year’s IEM Singapore League of Legends qualifiers, citing their preparation for IPL 5 as a reason.

Registration for the tournament is free, and participants can sign up for the Singapore and Malaysia qualifiers starting today. Round Robin qualifiers start on Feb 2 2012, with the double elimination semis scheduled for Mar 2 & 3 and the Grand Finals the week after that. Preliminary rounds will be held at the H.I.G.H. LAN cafe in Katong, Singapore.