Alienware Arena Now Open In Heart of City, And Has Free Play To Celebrate 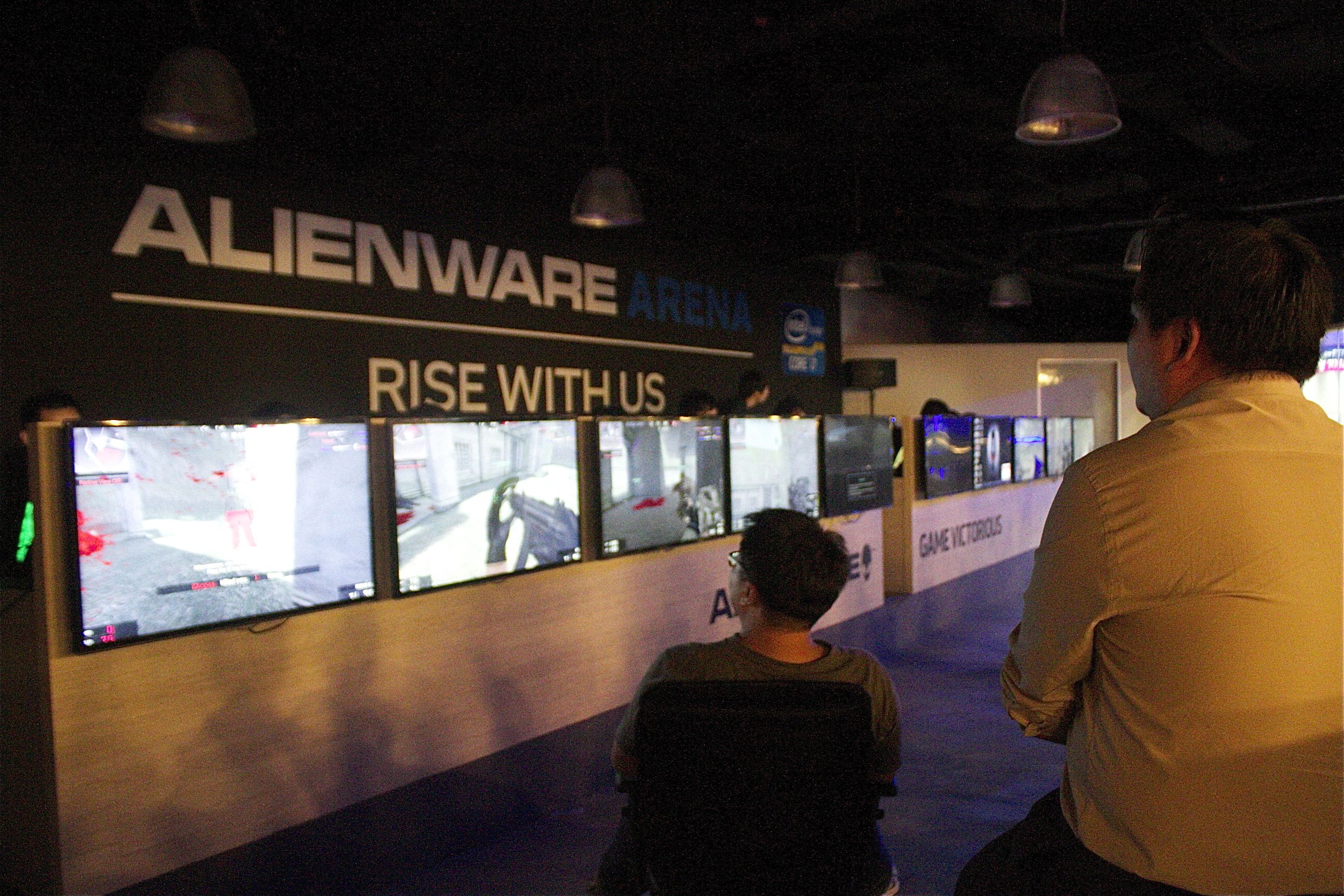 If ever there was a location said to host Singapore’s heart, it would be Chinatown. Full of uniquely Singaporean street flavours, cheap wares, good eats, and reasonable rental, this cultural hotpot – hailing from the country’s earliest days – now plays host to the largest LAN centre slash potential e-sports arena the country has ever seen.

The Alienware Arena was officially opened last night. Though christened over the weekend with the StarCraft II Pro-Am tournament, it was shown off to invited guests on Tuesday, Dec 18 2012. Still nothing much to shout about, especially since the retail area is still only semi-functional, the Arena nevertheless invokes a sense of chilly awe whenever you set foot in it. It could be its size, it could be the grandeur of the Alienware brand, it could even be the potential it has to stake its place as Singapore’s premiere e-sports arena. Or it could just be the air conditioning.

We braved the (fitting) sub-zero temperature of the Alienware Arena to find out a few key things for you.

First: The Arena has opened itself up for free play from 10.30am until 6pm every day, ending tomorrow.

The membership programme costs $40 per annum and gives you access to discounts on Alienware hardware along with the cheaper gaming rates mentioned above. It’s unfortunate the Arena doesn’t have a full-day rate like most LAN centres, though, because Chinatown is a great (and reasonably priced) place to spend the day in.

The retail portion that boasts the most impressive of Alienware swag has yet to be fully launched, but we were told it’ll be done by the new year. Customers who make their purchases from the Alienware Arena in Chinatown will be privvy to bundle deals on accessories and gaming hours exclusive to that retail front.

In the meantime, though, make a trip down to Lucky Chinatown. The shopping centre is unassuming and the branding for the Arena is discreet upon its window panes. You have to crane your neck to look for it. But there are few who know better – that Lucky Chinatown holds the district’s gem, and is just waiting for you to stumble upon it. The Alienware Arena is located in Lucky Chinatown, 211 New Bridge Road, on Level 3.

Previous post An Interview with Seow Zong Hui "Sonic": From Mega Man, to Street Fighter, and Beyond
Next post Review: Linx (Windows 8)