Xbox wants to send YOU on a Trip of a Lifetime 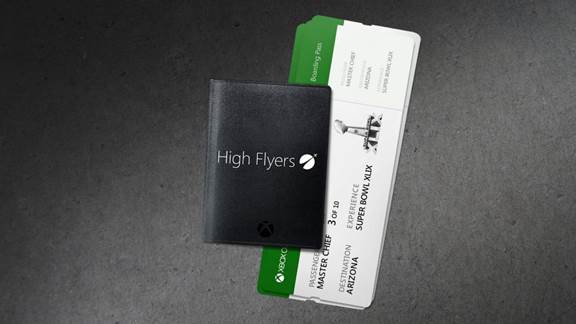 Microsoft sure knows how to dish out some hardcore rewards for Xbox One gamers. Ever dreamed of soaring through space and riding shotgun with Halo’s Master Chief? Then your dream is about to come true… seriously.

Xbox is offering one lucky Singaporean and a guest the opportunity to jet set across the globe for 10 days on a High Flyers trip of a lifetime. The competition prize includes tickets to Super Bowl XLIX and the Merseyside Derby. To top it off, Xbox is offering exclusive access to major game development studios in Singapore, Canada, the United Sates and the United Kingdom.

And all of this after touching down from a ZERO-G Experience® aboard a parabolic flight with Zero Gravity Corporation. Oh my god…

But not so easy…

For a chance at the grand prize, gamers will have to play the featured Game of the Week (below) once to enter the draw. It’s worth noting that High Flyers is a seven-week competition and gamers who play all seven featured games earn seven entries.

The Xbox One High Flyers tour kicks off in Singapore on 30 January 2015 and follows the schedule below, which, if you think about it, looks like it’s going to cause one helluva jet lag:

But that’s not all. Limited edition rewards will be up for grabs every week throughout the entire High Flyers competition. All you need do is clock some time on the featured Game of the Week and you’ll be in for a chance to bag a prize ranging from a Master Chief helmet signed by the team at 343 Industries, to a Barclays Premier League jersey, courtesy of the team at EA Sports.

The schedule below details each Game of the Week beginning 10 November…which is today!

Aaron Yip is an industry veteran with more than 15 years of experience. When not spending time on his gaming PC and consoles, he can be found in Hyrule solving ungodly puzzles and collecting gems.
Previous post Blizzard Entertainment Reveals Overwatch Beta Details
Next post World of Warcraft: Looking for Group Documentary Is On YouTube