Home / Contests / World of Warships: Get Your Beta Weekend Codes!

World of Warships: Get Your Beta Weekend Codes! 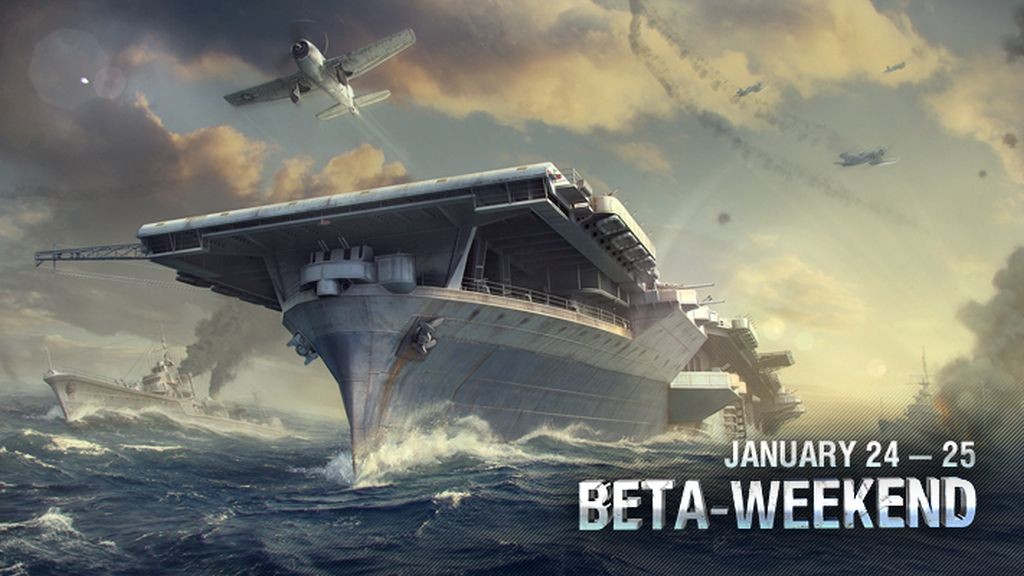 Wargaming.net is holding another World of Warships beta weekend, and of course we’ve got codes to give away! The event is similar to last month’s “Rock-Paper-Scissors”, and will give players the opportunity to command American cruisers and destroyers as well as Japanese battleships, cruisers, and destroyers. This beta will also feature the addition of a major new feature: Aircraft carriers have finally arrived!

These floating garages have the ability to launch three types of aircraft squadron into battle: fighters, dive bombers, and torpedo bombers. Just like their real-world counterparts, the aircraft carrier and its air squadron promise to dramatically change the balance of the game, and players can now finally witness the rock-paper-scissors dynamics of the game when battleships, cruisers, destroyers and aircraft carriers clash on the high seas,.

Getting a code from us is simple. Just head on down to our Facebook Page and drop us a PM. We have got limited tickets, and they’re handed out on a first come first serve basis. So hurry!

With the code in hand, follow the instructions below:

Registration
Follow the instructions below and participate in World of Warships: Rock-Paper-Scissors test weekend.

Step 3
Enter your invite code on World of Warships portal page and download the game client.

(Update: Players who have taken part in the Alpha and the weekend beta last month gets automatic access to this weekend’s beta)

Aaron Yip is an industry veteran with more than 15 years of experience. When not spending time on his gaming PC and consoles, he can be found in Hyrule solving ungodly puzzles and collecting gems.
Previous post Borderlands: The Handsome Collection Gets 4-Player Split-Screen
Next post Theme Hospital Now Free on Origin