Scientists Use Videogames To Repair Brains 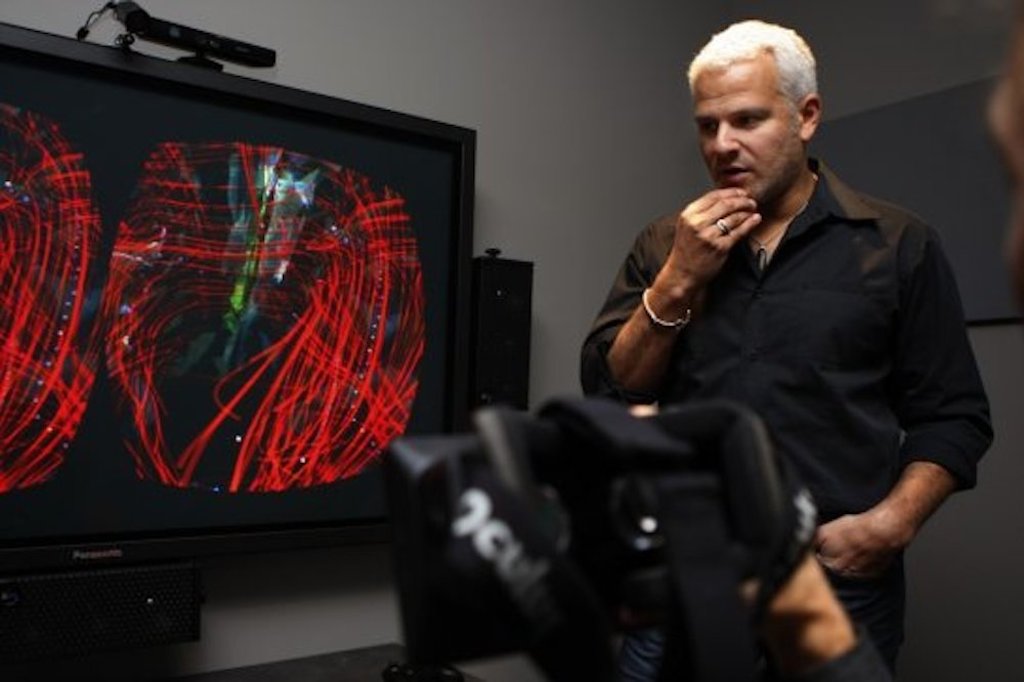 I’m traveling through Mickey Hart’s brain. I look to my left and a blue plum of sparks blaze down the Grateful Dead drummer’s corpus callosum. A set of neurons has fired. I travel upward, through a mess of pink synaptic spaghetti, and the two hemispheres of his cerebrum vibrate and banter about some new information. I float back toward his lower brain, where I pass his cerebellum, pulsing softly, and leave through his spinal chord.

Dr. Adam Gazzaley, a researcher at the University of California, San Francisco (UCSF), plans to use videogames to improve and/or heal parts of the brain.

Patients will don a special type of cap with electrodes measuring electrical impulses inside the brain, called an ‘electroencephalogram‘. This special cap enables Dr. Gazzaley to target specific areas of the brain and assess areas that need help. The mechanics of the game the patient is playing will then change accordingly to keep those areas constantly engaged in order to strengthen them.

Dr. Gazzaley, founder of a company targeted towards neuro-beneficial games, had an article published in science journal magazine Nature whereby he reported his findings of how playing a car racing game can improve multi-tasking skills. Before this, it has already been proven that certain games can benefit cognitive activities. For an exhaustive list of how videogames can benefit the mind, head down to America’s National Center for Biotechnology Information‘s website.

At the moment, the Gazzaley Lab uses the Kinect for motion capture when patients engage in full body activities instead of using new cutting edge technology that could be a lot more effective. This is because Dr. Gazzaley wants his videogames to be playable on devices that households can easily attain, such as the Xbox, so that people can play the games and receive the treatments from their living rooms instead of having to go down to hospitals and clinics.

If you have played games like Crush before, whereby you are a character exploring your own psyche, you would find Dr. Gazzaley’s idea extremely familiar – he wants to build a game that lets you travel around your own brain. Areas of your brain that need more exercise will become levels in the game.

“If we can determine what’s happening in the moment, we can start feeding that neural data back into the game,” he says. “We think that someone who’s had a traumatic brain injury, we could really rewire them in a way we’ve never been successful with drugs before.”