The next chapter of Transformers movies is about to begin and we’ve got seats to the first one! Courtesy of UIP Singapore, we have three pairs of tickets to the Bumblebee premiere next week. Read on to find out why we’re all excited about this new movie, and to see how you can win those coveted tickets.

Bumblebee is a prequel to 2007’s Transformers, taking place 20 years before Shia LaBeouf’s Sam Witwicky first drove a certain Chevrolet home. This time, it’s Charlie (Hailee Steinfeld) getting behind the wheel and she’s already looking like a great match to the yellow Autobot. 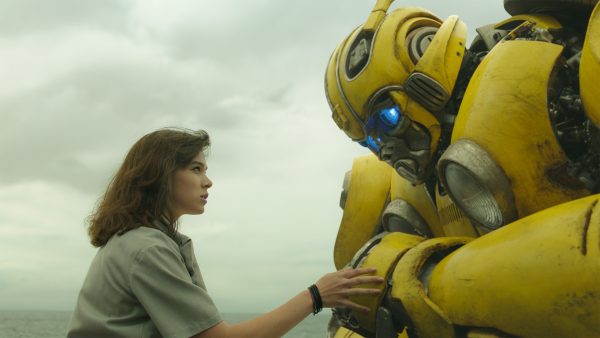 If you didn’t already know, the directorial hat has passed from Michael Bay to Travis Knight, who made a strong feature debut with the award-winning Kubo and the Two Strings. He’s made it no secret how much of a Transformers fan he is, and throwbacks to the original designs can already be seen in — who else? — the titular Bumblebee himself.

In a San Diego Comic-Con interview, Knight said, “I wanted to try to evoke the feeling that first wave of Transformers designs made me feel,” and the ‘80s setting gave him the design freedom to do just that. That yellow Volkswagen Beetle is reminiscent of how Bumblebee first appeared on toy shelves in the mid-80s, and all other signs point to similar visual treatments for the rest of the transforming cast. 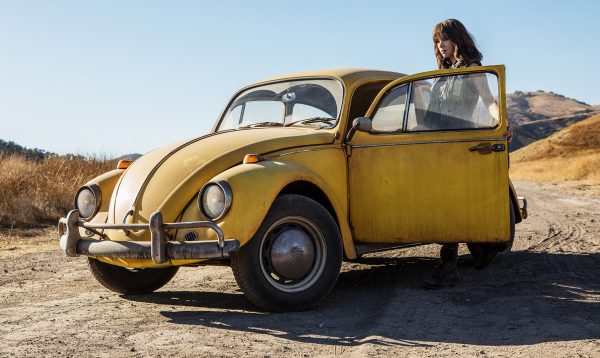 Yet it’s no mere window dressing. Saddled with a lower budget, Knight wanted to remold the sci-fi blockbuster into more than CGI showreels and massive explosions, once again looking to his childhood experiences to drive the movie.

“This film is an intimate, deeply personal, character-driven love story that plays out like a classic Amblin movie from the ’80s […] while Bumblebee has plenty of white-knuckle thrills, sci-fi insanity, and pulse-quickening feats of derring-do, this film evokes and pays tribute to those indelible qualities of the Transformers of my childhood. And for me, that meant magic. Wonder. Imagination. And love.”

There’ll definitely be plenty of wonder going on in the theatres, as Bumblebee will be the first movie in the series to feature ‘Triple Changer’ Decepticons. These Transformers have not one but two different travel modes, dominating both land and air in their fight against the Autobots. Take a closer look at Shatter and Dropkick in this all-new featurette:

It’s safe to say they’ve got the right director for the job, and as fans ourselves we can’t wait to watch this long overdue love letter to the franchise.

But three of you lucky readers get to see it before everyone else!

What you need to do:

We are Team GameAxis. And we will play games for food.
Previous post The Dread Wolf Rises in BioWare’s next Dragon Age game
Next post Ubisoft takes on the post-apocalypse in Far Cry New Dawn