After taking a long-deserved break, Ubisoft is firing up the Animus once again. Assassin’s Creed: Origins takes the series back in time, further than it’s ever been before – Ancient Egypt – to unravel the roots of a centuries-old war. How did the assassins arrive at the iconic hidden blade? What’s the deal with that logo? Why is it called eagle vision? Fans can find the answers to those questions and more starting today, 27 Oct, by getting the action-adventure game on PC, PlayStation 4, or Xbox One.

To celebrate the launch, we’ve partnered with the generous Ubisoft to make a few Singaporean fans very happy. Waiting to meet their owners are official collectibles of AC: Origins protagonist Bayek and his wife, Aya (each figure approximately S$90). Joining the couple is an Apple of Eden (S$63), a powerful First Civilization artefact created to subjugate mankind.

All told, we have two complete sets worth nearly $250 to give away. Have a look: 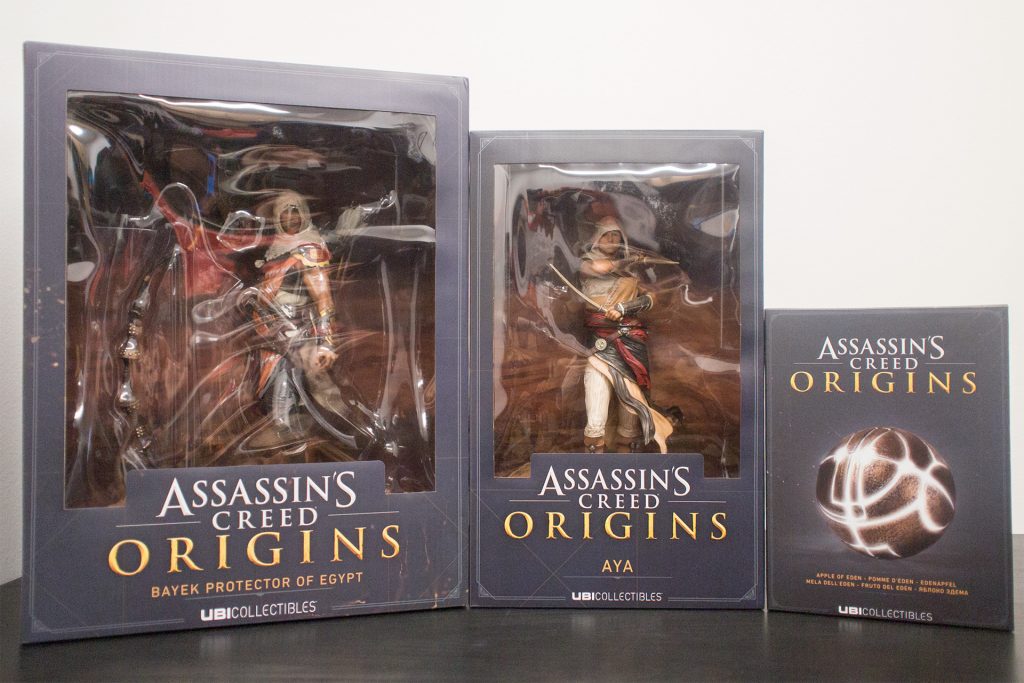 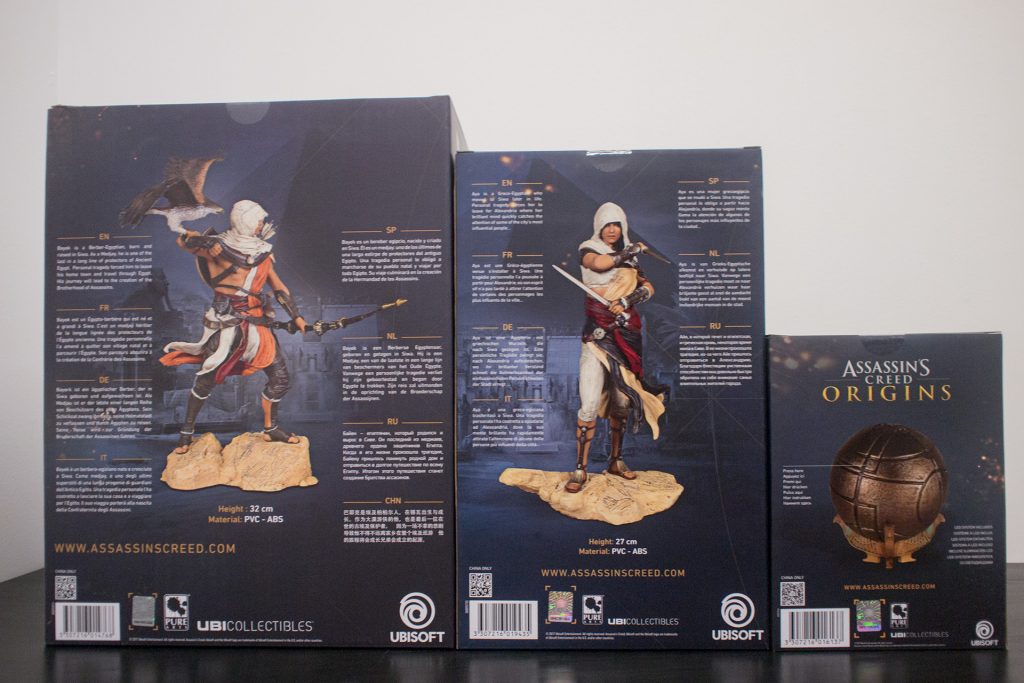 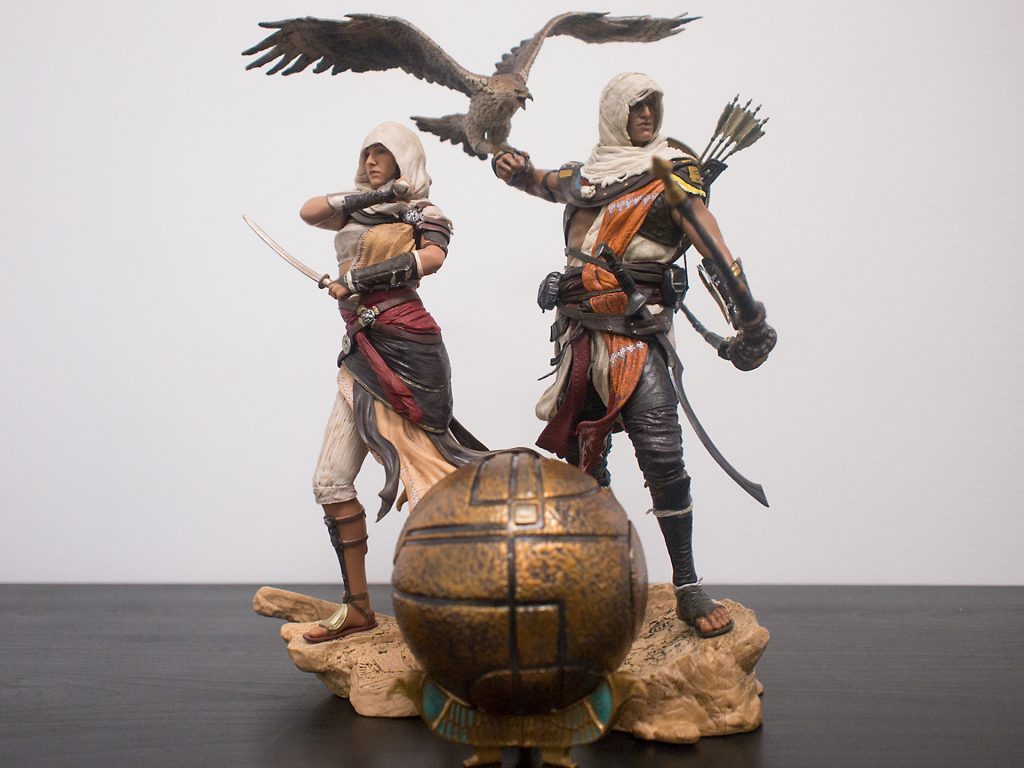 Among the most coveted Pieces of Eden, Apples are powerful artefacts designed by an ancient civilisation to ensure humanity’s subservience, potentially allowing control over a subject’s thoughts, emotions and behaviour. Bayek is a Berber-Egyptian, born and raised in Siwa. As a Medjay, he is one of the last in a long line of protectors of Ancient Egypt. Personal tragedy forced him to leave his home and travel through Egypt. His journey will lead to the creation of the Brotherhood of Assassins.

Aya is a Greco-Egyptian who moved to Siwa later in life. Personal tragedy forces her to leave for Alexandria where her brilliant mind quickly catches the attention of some of the city’s most influential people…

To participate, Like our Facebook Page, answer all five questions in the comments box below correctly, AND share it. If you’ve read this far, you won’t have any problems answering most of them.

This contest is open to participants based in Singapore and ends on Friday, 3 November 2017, at 11:59AM SGT. We’ll contact the winners through Facebook.

We are Team GameAxis. And we will play games for food.
Previous post Razer Cynosa Chroma review: For those of you who love your LEDs
Next post Gain early access to Vainglory’s 5v5 mode