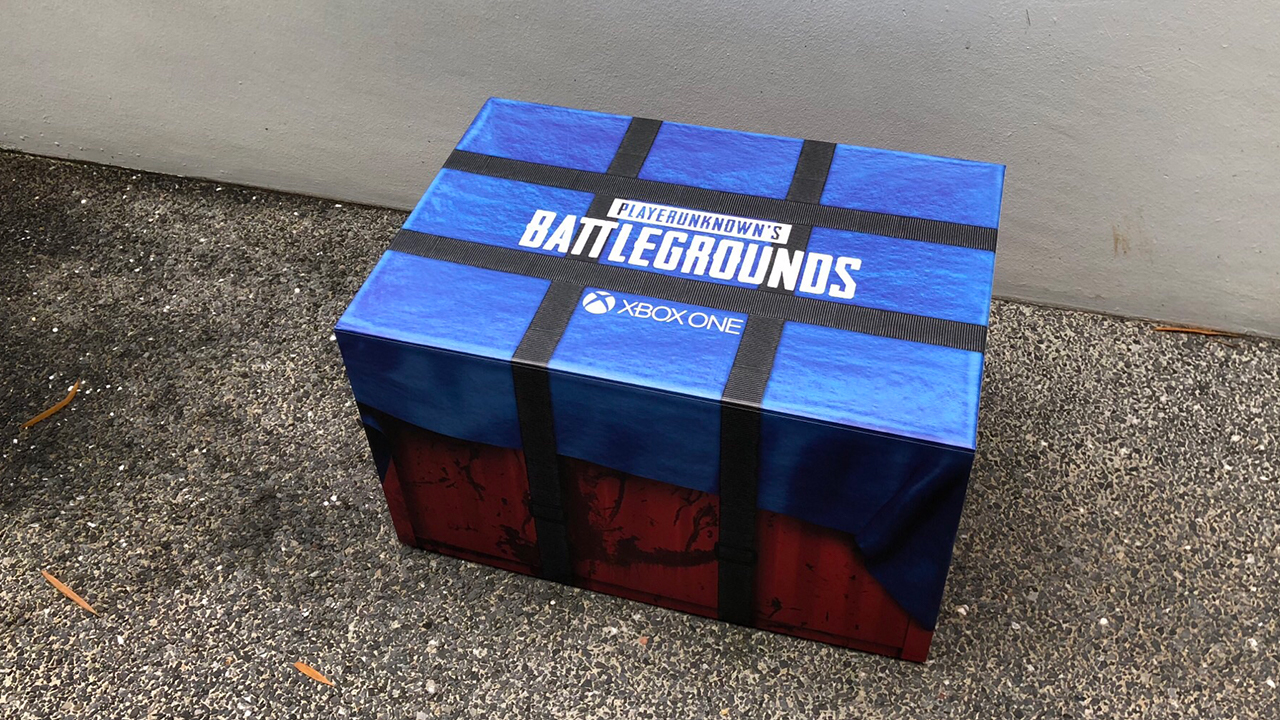 Think PlayerUnknown’s Battlegrounds (PUBG) and you’ll probably get a flood of mental pictures: parachutes, frying pans, welding masks, the works. As if to contrast all that kinetic imagery, a good deal of the game is spent with your face in the dirt, desperately hiding or deviously waiting in ambush. It may not sound glamorous but by god you’ll get outfits to look the part, and few are as quintessentially badass as a military ghillie suit.

We have a ghillie suit. Not in-game but here, in our office, sitting among a pile of goodies that we’ve been told is the “Ultimate PUBG Airdrop Package”. We’d say a large Microsoft C-130 dropped it off but the courier didn’t like being called a plane.

The Package isn’t going to make your aim any better but, like we said, at least you’ll look good. The items are worth more than S$230, all neatly packed into a (cardboard) crate, and it’s going away to one lucky, creative, and daring individual in Southeast Asia. The same set of qualities you’d need to survive a battle royale, basically.

Dress up in your best PUBG gear (actual or inspired) and send a photo to the GameAxis Facebook account via private message. We’ll feature the coolest, funniest, and most creative ones from around the region, and then pick one to win the Ultimate PUBG Airdrop Package.

Yes, the set is to celebrate PUBG’s desert map, Miramar, which is making its way to the Xbox One platform after a couple of rounds on the test servers. So while waiting, why not get familiar with the lay of the land, or find out what the code on the license plate is for. Or maybe even discover what a ghillie suit actually feels like to wear (just… don’t leave the house with it).

So go on — grab a pan from the kitchen, whatever else you have in your closet, and start snapping away. Good luck!